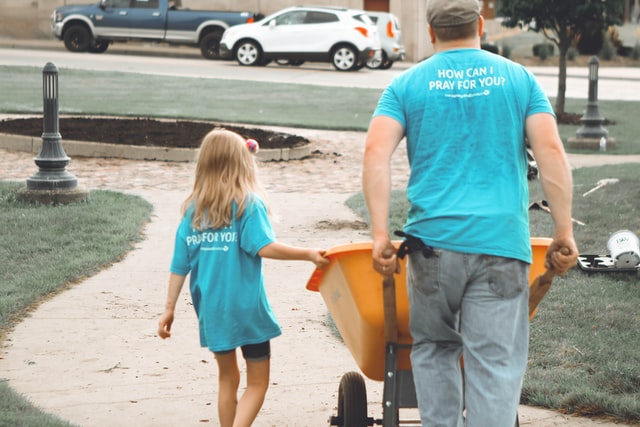 This is a post by Jeff Henderson. Jeff is a leading voice on how to create and grow momentum for organizations and leaders and is a member of my Speaking Team. Jeff is the founder of The For Company and author of the book, Know What You’re For.

While there’s been a lot of conversation about declining church attendance numbers (even before COVID), the more concerning number is the decline in consistent volunteers.

While this appears to be more of a physical location versus digital issue, it’s actually both.

We’re talking about the vision-carriers of the church. The less consistent volunteers are in carrying the vision, the less the vision is carried.

This Summer, the focus should be on volunteer recruitment for the Fall.

To help with this, save this list and discuss it among the team.

1. BLAME COVID, THEN CUT BACK.

I love the advice John Maxwell gives leaders about the pandemic. John said it’s an opportunity to try new things and if it doesn’t work, blame the virus! 🙂

This isn’t reserved for trying new things, though. It’s also for eliminating current ministries in order to shift volunteers to “essential ministries.”

2. WHAT IS ESSENTIAL IN YOUR MINISTRY?

This doesn’t necessarily have to be a permanent decision. It could be for a season. (However, it is an opportunity to eliminate competing systems and ministries that should have already been retired.)

For example, if you need more volunteers in student ministry in the Fall consider going to another ministry area and asking volunteers to shift to student ministry. You aren’t shutting down a ministry because it’s not working. You’re shifting limited volunteer resources to a more “essential service.”

Granted, telling one ministry area that it’s not as essential as another is never fun. But that doesn’t make it untrue. If your church wants to be FOR the next generation, it probably can’t have a senior adult ministry. And vice-versa.

As uncomfortable as it is, less is more.

Rather than limp along week to week, consider shifting to an every other week model — both physically and digitally — until you can recruit the volunteers needed. But be sure to explain why: “Our volunteer numbers aren’t where we need them to be so we are going to cut back to meeting every other week until we can recruit the number we need.” Then, be sure to ask people to serve. This puts the decision into the court of the vision-carriers — the volunteers.

For example, before we started Gwinnett Church, people were constantly asking me when were we going to open. “I don’t know,” I replied. “We need 500 people to sign up to serve and give. Once we have that, we’ll be in a better place to make that decision. Have you signed up to serve and give?” In other words, it’s not on me. It’s on us.

By the way, whenever I suggest an every-other-week approach to church, pastors and leaders usually say, “That would be great but I don’t think people would go for it.” Maybe, maybe not. My observation though, is that people are coming to church every other week anyway. It’s already something they’re doing.

Additionally, this approach leverages a very important concept: Scarcity. For example, one of the reasons people from the East of America take photos of their visit to In-N-Out Burgers is because they are only located in the West of America. No one is taking photos of their hamburger at McDonalds because of the abundant locations. Scarcity breeds demand.  I believe this most definitely applies to an every-other-week approach for churches.

Going digital is much more than showing church services online. And it’s far deeper than just content. People aren’t missing content as much as they are missing community.

And one of the best parts about volunteering is the community that is built among those that serve. In other words, volunteering fills a hole in the heart of many people right now. They’re lonely. You can help.

The problem is how do you recruit people who aren’t attending, or no longer attending your church?

Let’s think of this from a business point of view. If this was a situation facing an entrepreneur, she would create a lead generator in hopes of building an email list that would ultimately create a pool of people from which to recruit. This begs the question, “What is your email strategy?”

Additionally, churches should be showing their volunteers and casting vision about the community it provides as part of their social media strategy. Too often, we just talk about what’s happening on a Sunday and what last week’s sermon was about. That’s about content. Take a look at your last few social media posts and ask yourself this question: Is this more about content or community?

Leverage community as a way to recruit.

There’s so much I could say about this but far too often current volunteers aren’t asked for leads for potential volunteers. Every volunteer gathering from now until the Fall (and beyond) should be focused on adding more and more names to a list of those we can reach out to and recruit.

For example, how is the team leveraging Sunday mornings with volunteers regarding recruitment? A great question to ask volunteers on Sundays is, “Who do you know that would be a great volunteer for our ministry?”

If this sounds like sales, there’s a reason for that.

Sure, we need to pray, but we also need to ask.

And yet, if we don’t have anyone to ask, we can’t ask anyone.

Finally, if I were to ask you how many volunteers do you need for the Fall, do you have a number? How exact is it?

Does anyone else know that beyond you?

Put that number in front of the church.

Let them feel the weight of it.

And ask them to help you carry it.