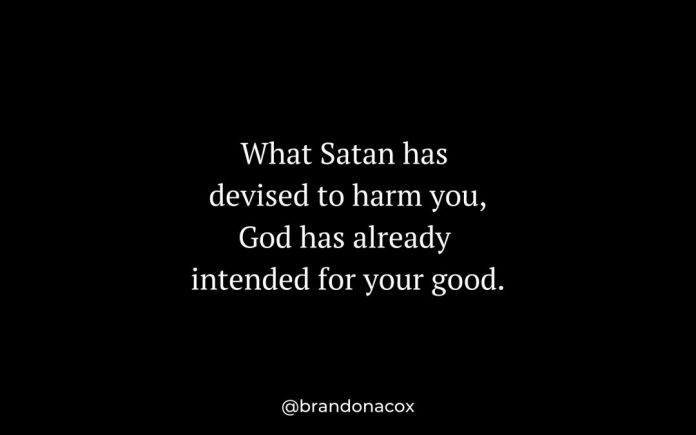 Joseph, eleventh son of Jacob, had a dream that his brothers and parents would someday bow before him. So Joseph shared his dream with his ten older brothers. Their disdain for their youngest sibling grew to the point of wanting to kill him, but his brother Reuben convinced them to take it easy on him and merely sell him off into slavery.

He was taken to Egypt to work in the household of Potiphar, whose wife falsely accused him of attempted rape. Then he spent several years in prison, forgotten and abandoned.

Eventually, he was released because he could be of service to Pharaoh and he ascended in power to become second in command of the entire empire. When famine hit and his brothers came to ask for food, it was Joseph before whom they bowed in humility.

After the death of his parents, Joseph’s brothers were obviously worried he might seize the moment to exact his revenge on them so they went before him and begged for their lives. And Joseph’s response was profound.

You intended to harm me, but God intended it for good to accomplish what is now being done, the saving of many lives.

And that’s how God works. What the wicked intend for evil, God intends to use for the good of his people. What Satan plots for the harm of God’s people, God intends to turn it around and use it for our growth.

It isn’t just that there’s a silver lining or a bright side to find, it’s that the dominating central storyline is all about the redemptive purposes of God in all things and that storyline is simply obscured from our view at times by the evil and suffering we witness.

Whatever is happening around you – economic downturns, food shortages, ravaging illness, political chaos, etc. – you can rest assured that God intends to use it for your good.