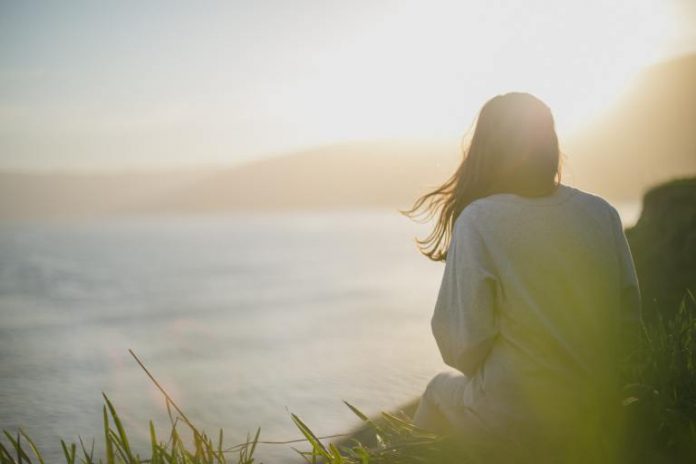 God is bringing all of His children to their very own personal Promised Lands—a place where He has assigned us to work and carry out His Kingdom agenda. However, while journeying toward these ordained places, seasons may occur in which we find ourselves traveling alone—not aloof from God, but from those to whom we wished would have accompanied us. The question is, will we allow these moments to halt us in our journeys, or will we continue to follow Jesus?

David was the King of Israel, both blessed and anointed. Yet on one particular day, David found himself fleeing for his life—not from an enemy or even a stranger—but from Absalom, his very own son. David had to leave behind his home, his throne, and all that he loved.

Then a messenger came to David, saying, “The hearts of the men of Israel are with Absalom.” David said to all his servants who were with him at Jerusalem, “Arise and let us flee, for otherwise none of us will escape from Absalom. Go in haste, or he will overtake us quickly and bring down calamity on us and strike the city with the edge of the sword.” Then the king’s servants said to the king, “Behold, your servants are ready to do whatever my lord the king chooses.” So the king went out and all his household with him. But the king left ten concubines to keep the house. The king went out and all the people with him, and they stopped at the last house. Now all his servants passed on beside him, all the Cherethites, all the Pelethites and all the Gittites, six hundred men who had come with him from Gath, passed on before the king (2 Samuel 15:13-18).

We all have experienced periods in our lives when people, who we trusted and loved, rejected and betrayed us. We have also experienced times when God had to step in and purposefully remove from our lives particular acquaintances who were unsafe and unhealthy. In looking back at my own journey, those times were some of the hardest to get through. However, today I can truthfully say they were most necessary.

Entrusting to you lessons I have learned.

—Not all people will stand by you when the going gets tough. Indeed, some may walk away. Yet, when this happens, you must move on with Jesus. Do not allow any bitterness to take root in your soul. What you may be deeming as rejection may literally be God’s protection. Move on with Jesus—even though others may turn away.

—Not all people will believe in your dream, your calling, or even the mission God has called you to undertake. Do not get stuck in looking over your shoulder, desiring certain individuals to believe in you or to join you in your work. Keep moving on with Jesus. Remember, never make it your life’s mission to attempt to force people to believe in you, or to be a part of what God has called you to do. Trust the Lord to place in your life the people He wants to help you, encourage you, and to be involved with what He is calling you to do. Stop casting your pearls before swine.

—God Sees the Bigger Picture: A purpose exists in what you are going through. God knows what He is going to do in and through the circumstances He is allowing in your life. Even those betrayals and rejections, He will use to make you more like His Son, Jesus. Trust Him—He will bring beauty from ashes.

At a time when David needed support and encouragement the most, people fled. However, God did not. Through it all, David trusted in the Lord. David allowed his brokenness to drive him to the Lord, while moving forward with Him. David entrusted to God the Kingdom from which he had fled, the people who had betrayed him, and the outcome of what God would do through it all. David knew what he was going through was not about his life, his plans, or even his hopes and dreams. David realized it was about the Lord and what God wanted to accomplish in and through his life.

David entrusted to God the Kingdom from which he had fled, the people who had betrayed him, and the outcome of what God would do through it all.

David knew what he was going through was not about his life, his plans, or even his hopes and dreams. David knew it was about the Lord and what God wanted to accomplish in and through his life.

What did David learn through this difficult time? We read about it in Psalm 3.

O Lord, how my adversaries have increased!
Many are rising up against me.
Many are saying of my soul,
“There is no deliverance for him in God.” Selah.

But You, O Lord, are a shield about me,
My glory, and the One who lifts my head.
I was crying to the Lord with my voice,
And He answered me from His holy mountain. Selah.
I lay down and slept;
I awoke, for the Lord sustains me.
I will not be afraid of ten thousands of people
Who have set themselves against me round about.

Arise, O Lord; save me, O my God!
For You have smitten all my enemies on the cheek;
You have shattered the teeth of the wicked.
Salvation belongs to the Lord;
Your blessing be upon Your people! Selah (Psalm 3:1-8).

SAME HOLDS TRUE TODAY FOR US!

Not everyone will be for you.

Not everyone will stand for you or with you.

Not everyone will join you in your work or even be proud of you for your accomplishments.

BUT God—will ALWAYS! At the end of the day, that is all that should ever matter!

“Though no go with me, I will still follow.”