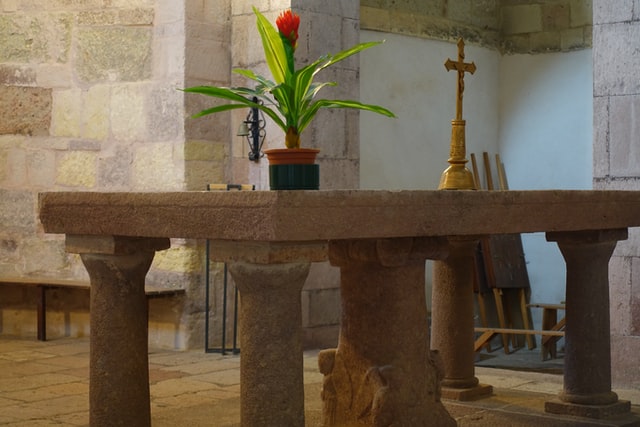 We hear it all the time.  Variations on this theme are endless…

–“All these years we have belonged to this church and given our money to support these preachers, and now when we need him, he’s in Israel on a holy land tour!”

–“I went by the church.  I needed to see the preacher then, not the next day.  And you’re not going to believe this, but he was on his way out the door, headed to his son’s little league game!  And me a member of his flock.  What kind of preachers are we getting these days?”

–“The preacher needs to apologize to me for what he implied in that sermon on Sunday.  I know he was talking about me, even though he used someone else’s name.”

And one that happened in my last pastorate…

–“I called the church office and told them my dad was dying.  Now, I’m not a member of the church but my parents are. They deserve better treatment than what they received.”  (And what treatment did they receive?)  “The pastor sent his wife, and she said something about him having to teach a Bible study then and he would be by later.”  (Did he come later?)  “He came two hours later.”  (And did your father die?)  “Well, not then.  He died a few weeks later, but I was angry. When I call for the pastor to come, I expect him to come.”  (But you’re not even a member.  You don’t even live here, and you had never met the pastor.  Yet, you are angry?)  “You bet I’m angry.  I have a right to expect the pastor to earn his pay.”

The stories every pastor could tell. But won’t, for obvious reasons.

I tell my brethren that putting up with such trash talk is why the Lord has to call people into this work, instead of them lining up to volunteer.  It’s why they pay us the big bucks.  (Smile, please.)

Church members who insist on their rights–the very idea is mind-boggling–would do well to consider what an elderly church lady told a deacon who was constantly insisting in a business meeting that “I just want what’s coming to me.”

“Sit down, Henry. If you got what was coming to you, you’d be in hell.”

Sad to say, the pastors also insist on their rights…

–Look at what they’re paying me.  I’ve not had a raise in three years.

–I deserve better treatment than this.  (Think of Moses in the wilderness.  How many times did He bellyache to the Lord for calling him to lead this bunch of disorganized, self-centered, shallow ex-slaves to some place where they’d never been but had only heard of!)

–“It was my tenth anniversary and no one even mentioned it.  Don’t I have a right to be hurt?” (My answer: Disappointed, maybe. But not hurt.  The congregation merely gave you a good reminder that “it is the Lord Christ whom you serve” (Colossians 3:24).

–“Lord, I’ve done nothing but love them and serve them.  And this is the thanks I get!”  (And indeed, that’s often the case.  Even the best and the purest become targets of the Herods and the Pharisees, the mobs and the tyrants.)

To pastors and their families, we say:  “Try to hang in there.  Your reward is just ahead, and you will be so glad you were faithful.”   Do that, Jesus said, and “I will give thee a crown of life.”

Consider Jesus. What if He had insisted on His rights?

Consider Him who endured such contradiction of sinners against Himself lest you also grow weary and lose heart (Hebrews 12:3).

–He would have called ten thousand angels and put a stop to that Jerusalem foolishness. (See Matthew 26:53).

–He would never have gone to the cross for you and me.  He would not have endured the taunting and spittal and blasphemy.  (see Matthew 27:27-44)  He would have made short work of them all.

–And He would never ever have loved such a one as you or me.  He Himself knows our frame (Psalm 103:14) and thus He would have written earth off as a bad experiment and gone on to Planet X.

“But He died alone…for you and me.” (That gospel song alluded to above.)

When you and I insist on our rights…

–We are showing ourselves carnal.  We may as well hang a sign around our neck saying, “I’m a spiritual baby.”

–We are shaming the Savior.

–We become part of the problem for the Lord’s church instead of part of its answer.

–We hold the gospel up to ridicule before the world.  “Look at that bunch.  They’re just like the rest of us.”

–We demonstrate that the Lord’s teachings mean absolutely nothing to us.  He said, “Do good to those who hate you.  Bless those who curse you.  Pray for those who mistreat you.  And whoever hits you on the one cheek, offer him the other also.”

And He went further.  “Whoever takes away your coat, don’t withhold your shirt either.  Give to everyone who asks of you.  And whoever takes away what is yours, do not demand it back.” (And on and on He went, saying those things that befuzzle the carnal mind and demonstrate something far superior is going on with these who are His redeemed.  Luke 6:27-38)

Jesus is always the final word on any subject…

For you have been called to this purpose, since Christ also suffered for you, leaving you an example for you to follow in His steps.  Who committed no sin, nor was any deceit found in His mouth.  And while being reviled, He did not revile in return; while suffering, He uttered no threat, but kept entrusting Himself to Him who judges righteously.

For He Himself bore our sins in His body on the cross, that we might die to sin and live to righteousness;  for by His wounds you were healed.  For you were continually straying like sheep, but now you have returned to the Shepherd and Guardian of your souls.  (I Peter 2:21-25)