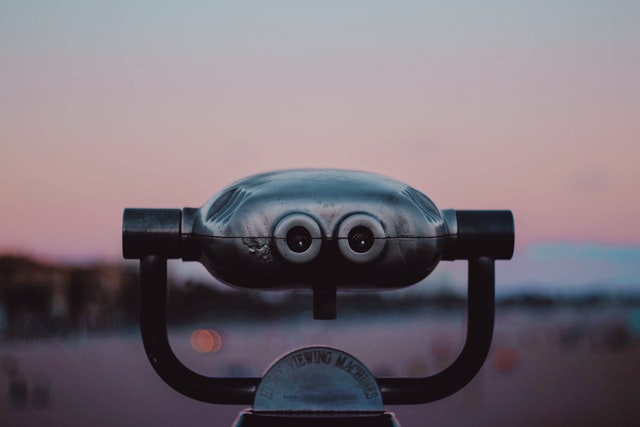 “See, I HAVE given you Jericho.”  The Lord said those words to Jericho before he ever walked a step or blew a trumpet.

Is it possible to have something before you see it?

We all need miracles.  The problem is, we want to “see” it before we “believe” it.  There is a fundamental problem with that:  God wants you to “believe” it (and “receive” it) before you “see” it!

How can I do that?  Am I being delusional to believe something is real before there is a shred of evidence?

You must SEE it exists before it exists.

You have to remember something.  When God told Joshua, “See, I have given you Jericho,” He was looking from eternity.  In eternity, there is no time!

Hebrew scholars call it the “prophetic perfect” tense.  That big phrase just means that what we see as future God sees as PRESENT!

We have to shift our thinking.  Whatever God has promised in His Word already exists in the spiritual world.  You “have” it already (before it shows up down here where we live.)

What did God tell Joshua to do?  “Walk.”

God told Joshua that He “had” (past tense) given him the city.  Nothing had changed.  Now, he told him to start walking his miracle out.

The shoe was the Hebrew article of ownership.  By walking around Jericho, they were claiming it as “theirs.”

When you become convinced that your miracle already exists in the spiritual world, you start your journey of faith.  EVERY DAY, you walk around your problem.

“Your faith is in your feet!”

What do you need from God?  Every day, in prayer, walk around it.  Thank God that it is yours by faith.  Walk in silence.  Don’t say a negative, fearful, “poor me” word.  Be happy, thankful, and faithful.  Keep on walking every day.

Now comes a critical part:  God said, “SHOUT, for the Lord HAS GIVEN you the city.”

At the appropriate moment, the priests blew the trumpets and thousands of people shouted (perhaps “HALLELUJAH”) at the top of their voices.  Immediately, the wall fell outward (archaeologists say) as if an invisible hand pushed it down from the inside.

“There is power in a shout!”

I have learned that nothing brings a miracle like a shout of praise.  Paul sang and praised in the jail at midnight and the doors flew open.  Jehoshaphat praised on the battlefield and their enemies all killed each other.

Can you open your mouth and praise God for your miracle before you see anything?

These same three steps will work for you.  See your answer is already present in the spiritual world.  Walk around your mountain every day.  Lift up a shout of praise every day for the victory.