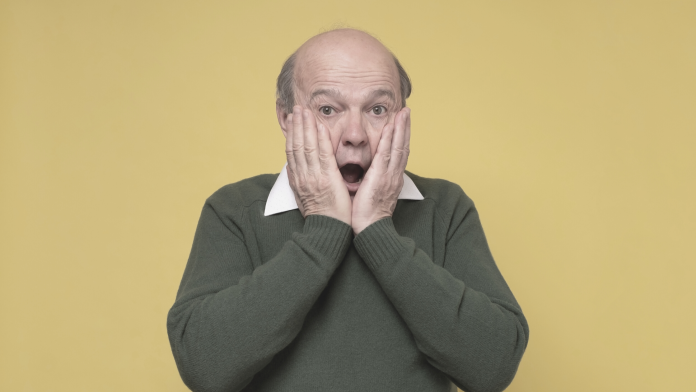 What is the number one complaint I hear from church members about their pastors?

Brother Joe, what do you suggest be done about a lazy preacher? Our pastor preaches two times a week, and is trying to turn the Sunday night sermon over to someone else. He’s quit doing Wednesday night church, and he refuses to hold staff meetings. We ask him to make a visit to someone and he may or may not do it. No one seems to know what he does with his time.

My suggestion in every case is the same: Each pastor needs an accountability group. Without one, you are asking for trouble. An “accountability group” is two or three or more laymen who meet with him from time to time–not weekly, and maybe not even monthly, but definitely more than annually; perhaps quarterly–as his sounding board, to hear his needs and concerns, and to let him know if there are problems.

Without some kind of mechanism to make his needs known and to hear from the congregation, both the pastor and the members will grow increasingly frustrated until something bad happens: an explosion from one side or the other or both.

As one who is pro-pastor in most disputes shared with me, I reluctantly admit that there are lazy pastors in the ministry. But hopefully, not for long. Either they will be helped by that responsible group of laymen who will build a fire under them, or they will be out of work and looking for another job.

Before addressing the issue with 5 things the lazy pastor does not know, but is about to find out, let’s admit the obvious here: just because someone says he’s lazy does not make it so. Perhaps he does his work at unusual times, there may be extenuating circumstances, and so forth. I once knew a pastor who, for reasons I’ve long since forgotten, slept all day and worked all night. Really. Pastor Dan Scott of First Baptist Church of Fort Oglethorpe, Georgia. A great guy. And if there was dissatisfaction–after the congregation made adjustments in their expectations!–I never heard it.

The lazy pastor is about to find out….

The first time a church paid me a living salary, I recall how wonderful it felt. As a seminary student, I had been working half-days in the office of the Coca-Cola Bottling Company in New Orleans, while Margaret logged 40 hours a week clerking at the Baptist Bookstore. Suddenly , the Paradis Baptist Church called me as pastor and paid enough for us to live.

I recall feeling so grateful to the members that I did not have to go to work in a secular job as I had been doing since college. Now, I could work full-time pastoring the church and get paid. It was pretty special.

Too bad when a pastor loses that humble sense of blessing, the overwhelming rush of gratitude, the strong sense of obligation.

However, the lazy pastor will soon receive a remedial lesson in how wonderful that church income is when it suddenly dries up.

2. How hard it is to earn the same pay in the outside world.

Let’s say a pastor is making a total of $75,000 a year. Now, I’m old enough to remember when that felt like all the money in the world, and pastors made less than $10,000 and lived on it comfortably.

In many cases today, even small to middle-sized churches give their ministers a “total package” approaching this amount. The package includes the home to live in or a housing allowance, as well as hospitalization, retirement, and mileage expenses.

Now, let that preacher suddenly find himself without the income from the church. He goes down to the employment office and signs up. “I want a job paying $75,000 a year,” he tells the clerk. She laughs. “In your dreams,” she says. “So do I, mister. But it ain’t gonna happen. What skills do you have? You’re a preacher. You know how to make a hospital visit, bring a devotional to a nursing home or a sermon to a congregation.”

She smiles sarcastically and says, “We don’t get a lot of calls for those skills, preacher.”

“No sir,” she adds, “you’re going to have to start off at the bottom. How are you at working the dock at Maison Blanche Department Store? Or moving freight for UPS? Or stocking shelves at Sunflower Grocery Store?”

It’s like a bucket of cold water in the face to the preacher. How good he had it when he was in the ministry. And how hard it’s going to be to replace that income.

3. What reproach he is bringing upon the Lord and His church.

It will come as a surprise to a lot of preachers to learn that the community seems to have ways of knowing he is lazy and is laughing behind his back. The church suffers from his sloth, people are not reached for Jesus, newcomers are not ministered to by his sermons, the hurting languish without comfort, the leaders receive no guidance for their work, and the congregation dwindles.

Jesus is ashamed of such a worker. And the congregation is betrayed, weakened, and embarrassed.

4. What he is doing to his successor.

After a lazy preacher leaves the church, the leaders call meetings to make sure this never happens again. They will insert requirements and restrictions upon him into the bylaws and personnel policies which will punish the next pastor for his sins.

I followed a pastor who was gone from the church many weeks of the year holding revivals and crusades in other cities. He had the church to amend the bylaws to grant him eight weeks each year in such meetings, plus his generous vacation allowance, also used for revivals. I do not accuse him of laziness, but the perception was that he was neglecting his flock for work in other pastures.

By the time I arrived as pastor, the bylaws had been amended to something normal (two weeks of outside meetings), but they had also created an accountability committee with which I was required to meet at least monthly.

It felt like I was paying for the sins of my predecessor.

5. That most churches move slowly in addressing pastor malfeasance, but when they finally begin moving, they generally act swiftly, often harshly and even severely.

Perhaps it’s the impatience of the laymen, I don’t know. But when the leadership decides the preacher is not doing his job, most of the time, instead of offering to work with him to address the problems, the committee will ask for his resignation. And we want you out of the pastor’s home within 45 days.

If the pastor expects the leadership to meekly allow him plenty of time to correct his failures, he might be surprised.

Not only will they want the house vacated quickly, most laypeople seem to have no clue how long it takes a minister to relocate to another church. So, they grant him two months’ salary and pat themselves on the back for their generosity.

“We’d not do that in my business,” one of the deacons says in defense of the harshness. “And we shouldn’t mollycoddle preachers.”

After all, as one deacon said, “He should have known what he was getting into when he entered the ministry.”

The out-of-work pastor–justly or injustly terminated–will find it difficult to get another church. Pastor search committees look at him, and even if they like what they see, will wonder, “If he’s so good, why did they let him go?”

At the age of 33, I became pastor of a large county-seat town church in Mississippi. On my first day in the office, a staff member said, half-jokingly, “If a pastor wants to be lazy, this is the place. The members do not micromanage you or second-guess everything you do. They leave you alone.”

That compliment–if that’s what it was–frightened me a little. I did not want to be lazy, and never was. But neither did I want a congregation that cared so little about what the pastor was doing as to abandon him in the office.

That turned out well, I hasten to add, but only because I was a self-starter. Our dad had ingrained a good work ethic in his six children.

Pity the pastor whose instincts are to lay up in bed and watch television when he ought to be in the church office meeting with his staff, in hospitals ministering to the hurting, or on his knees in his study. If he is naturally lazy, the congregation will probably let him get by with it for a while, particularly if there is no accountability group to meet with him.

Pity the pastor, yes. But pity the church even more.

When looking for a new pastor, a search committee will want to inquire about his work habits. Both extremes are to be avoided. You don’t want a minister who neglects his wife and children to stay in the office all the time. Neither do you want the lazy, self-indulgent one who is never available and can not be counted on to study hard and shepherd the flock.

Lord, give us pastors like the Great Shepherd, who loved the sheep and gave Himself for us.