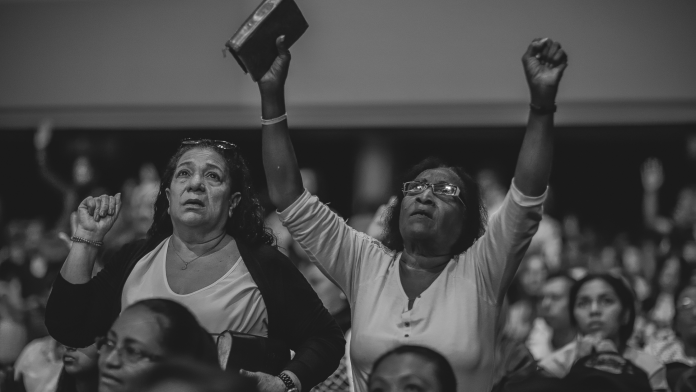 “The righteous will be remembered forever” (Psalm 112:6).

What do you suppose would happen if the Father in Heaven ever got Alzheimer’s?

Okay. Not going to happen, of course. My whimsy gene is just asserting itself today.  Scripture makes it plain that “He knows those who are His” (2 Timothy 2:19).

But it did start me to thinking….

What if the Lord really ever were in danger of forgetting me?

Well, the good news is He has these memory aids, mnemonic devices they are called, to guarantee that He doesn’t lose track of any of us.  And no, I do not mean God ties a string around His finger.  Something far better.

1) He has my name written in a book of life.

Jesus told the disciples they should give thanks that their names are written in Heaven.  When the roll is called up yonder, listen for a loud “HERE!  THANK YOU, JESUS!” from this Alabama farm boy.

2) He has my name inscribed on His hands.

“Zion said, ‘The Lord has forsaken me, and the Lord has forgotten me.’  (God says) ‘Can a woman forget her nursing child, and have no compassion on the son of her womb? Even these may forget, but I will not forget you.  Behold, I have inscribed you on the palms of my hands….” (Isaiah 49:14-16).

3) And in a similar fashion, the scars on the body of Jesus serve as constant reminders.

“He showed them both His hands and His side” (John 20:20). To Thomas, Jesus said, “Reach here your finger and see my hands, and reach here your hand, and put it into my side; and be not unbelieving but believing” (John 20:27).

Some mothers carry scars from C-sections as permanent reminders of the child of their womb. They couldn’t forget if they wanted to!

Marijohn Wilkins wrote a song about Heaven. The haunting refrain says, “And the only thing there that’s been made by a man are the scars in the hands of Jesus.”  Oh, He remembers us all right!

4) The Lord Jesus is our intercessor. This means He is near the Throne speaking on our behalf.  If we pushed our whimsical “what if” to its limits, we could say the Father would be unable to forget us because Jesus won’t let Him.  “Don’t forget this one, Father. I died for him. He needs us, too.  And that one over there!  She’s also precious to me!”

5) His love never fails. Even if His memory fizzled out, His love is eternal. “For as high as the heavens are above the earth, so is His lovingkindness toward those who fear Him” (Psalm 103:11).

My journal for November 19, 1992, records a letter arriving from Aline Williams. She and Bert had belonged to a church I served in the 1970s and 1980s.  I had not seen them in six years. The note said, ‘Bert died on the morning of November 7.  I thought you would like to know he prayed for you every morning at the breakfast table.  His love for you never failed.’  In my journal I had scribbled, “His health failed, his body failed, his eyesight and hearing failed, and eventually, his heart failed. But his love never failed. Thank you, Father.”

We should not give one thought to God ever having a problem with forgetting. That seems to be our weakness, not His.

We are the best forgetters of the universe.  We all hold black belts in forgetting.

–We forget that we were forgiven and purified for our old sins (2 Peter 1:9).  As a result, we fail to grow into Christlikeness.

–Israel under Moses was forever in danger of forgetting.  “You shall remember all the way which the Lord your God led you in the wilderness these forty years, that He might humble you, testing you, to know what was in your heart….” (Deuteronomy 8:2).  When they arrived in Canaan and their wanderings had come to an end, the danger of forgetting intensified. “For the Lord your God is bringing you into a good land, a land of brooks of water, of fountains and springs, flowing forth in valleys and hills, a land of wheat and barley, of vines and fig trees…. a land where you shall eat food without scarcity…. Beware lest you forget the Lord your God by not keeping His commandments…. Then your heart becomes proud and you forget the Lord your God who brought you out from the land of Egypt, out of the house of slavery…. But you shall remember the Lord your God, for it is He who is giving you power to make wealth….”  (Deuteronomy 8)

I treasure the promise of Hebrews 6:10. “God is not unjust so as to forget your work and the love that you have shown toward His name in having ministered to the saints, and in still ministering.”  That’s about as good as it gets.

According to Hebrews 6:10, for God to forget His own and their faithful service to Him would be sinful.

We go forward–onward, upward–in the sure and certain knowledge that “the Lord knows those who are His” (2 Timothy 2:19).  And if I know anything about anything, I am in that number.

So grateful. So honored. So expectant.