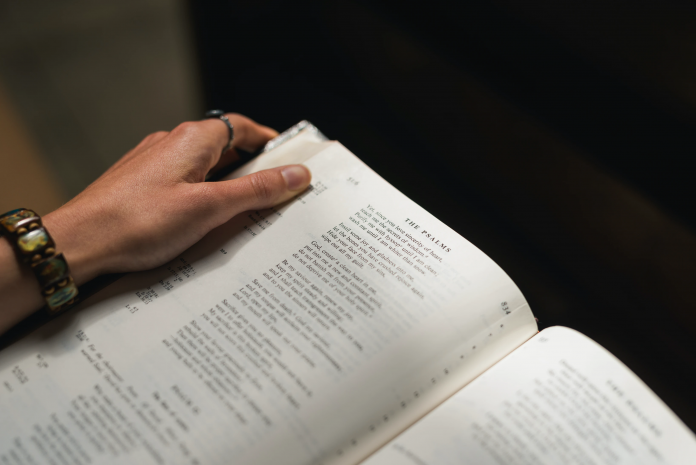 Little, ruddy, redheaded David was a shepherd boy. He brought food to his brothers at war. One day he overheard Goliath’s mouth running against his people and his God. He asked who was going to stand up to this great Philistine, and his brothers told him, “Look, boy, go back and tend to your sheep.” David was Disregarded. Undervalued. Overlooked. He was a nobody. A shepherd boy. What did he know? He wasn’t a warrior.

David found out that Saul had promised his daughter in marriage and riches to anybody who could kill Goliath. He went to Saul. He said, “I want to go down to slay him.” Saul laughed. “You’ve got to be joking me! Look at you! No, you just need to go back to your sheep.” But David kept on working Saul, “Hey, man, you’ve got to let me go.” Finally, David got some righteous indignation. You don’t know it, but I killed a bear with my bare hands. I took a lion by the beard, and I flung him and he died. And I know that this uncircumcised Philistine who has defied the armies of God, I will slay him too. What did King Saul do? He laughed.

King Saul told David to wear his armor so he could be protected. But he took the armor off then went to battle with what God had trained him to use: his slingshot. We need to learn from this. We need to stop trying to be like somebody else. God called you unique. God made you original. He called you to look like Him, stop trying to preach like somebody else, teach like somebody else. The anointing is found when you just do what God told you to do. David couldn’t use the armor because it hadn’t been test! So what did David do? David grabbed five stones. Why five? I believe it’s because Goliath had four brothers! It was as if David was saying, “I’m gonna be ready.” You see, when it was David’s turn, he had paid the price already. He had tended to his sheep. He never cried. He never complained. He just tended day and night, day and night, until one day it was time for him to meet Goliath. He was ready. We must be ready too. Go get your five stones and be ready.

So when he met Goliath on the battlefield, he was ready. I’m sure he had to stretch his neck to see him because Goliath was so big. Does your problem seem big? Overwhelming? Does it seem bigger than your faith? Goliath laughed at him. Have you ever had somebody laugh at you? They judged you by your size, not your God. They judged you when they looked at you. They said you couldn’t do it. They thought you wouldn’t amount to anything. But all of a sudden, you were on top and they were looking up to you!

God never discounts. Man discounts. God sees in you what nobody else can see in you. When you have the Word of the Lord, when God is big on the inside of you, height doesn’t matter, the color of your skin doesn’t matter, the texture of your hair doesn’t matter. David said, You can come at me, you can curse me, you can say all manner of evil against me,but I come at you in the name of the Lord. The God in me is bigger than the devil in you! He had five stones, but it only took one stone to slay the giant.

God has given you a stone called the Word of the Lord. You don’t need to say it and say it and say it. If I say I’m healed, then I am healed. The rest of my declaration is “I’m already healed, I HAVE received my healing.” I don’t care what I heard the doctor say; I believe the report of the Lord. I’m already healed. I consider not the things of the world. I consider not the doctor’s report. I respect it. I hear it. I appreciate their knowledge. It’s what they went to school to do. But when the rubber meets the road, by HIS stripes I AM healed and made whole.

I have so many miracle testimonies of being healed. Let me tell you about a few: I had scoliosis as a child. They told my parents I’d need surgery, but God healed me, no surgery needed. When I was an early teen, I had severe stomach issues. They called me Bones Jones because I was so skinny. I couldn’t eat anything citric or sweet, it would run right through me. But when I was in college, a man of God called me out and said God was healing me of my stomach pains. And God, by His mercy, healed me just like that! I woke up the next morning and had citric and sweet for breakfast, TOTALLY healed!

Just sixteen years ago I had a ruptured ovarian cyst. I had blood all in my abdominal cavity. They blasted me with IV antibiotics, but I wasn’t getting better. Finally, they discovered I had a condition called antibiotic colitis which results in a high mortality rate. There was no known cure and could quickly turn into ulcerative colitis and kill me. I was put on medicine that was suppose to help. After the medicine didn’t take care of the issue he told me there was only one more medicine they could try, and if that didn’t work, death was inevitable. Believers in our church and friends came to pray for me, to lay hands on me, to spoon feed me, and to declare I am healed. When the doctors finally said there was nothing more they could do, something rose up inside me and I grabbed a hold of the Word. I said, “God, I want to thank You for Your Word. Your Word is my healer. Your Word heals me from the top of my head to the soles of my feet. Body, you line up with the Word of God. Stomach, you line up with the Word of Almighty God and stop hurting, in Jesus’ name! I command you to stop!” And do you know what happened? I was healed and made whole!

So, if you’re not walking in healing today, tell your body, “I command you to line up with the Word of Almighty God! He said I’m healed, therefore, I’M HEALED!” Something happens when you get so full of the Word that it rises up inside you like that. Only your stinking thinking will discount the Word of God. You see, what the devil meant for evil, God, by His Word, will turn it around for you. You have to believe the Word. You have to trust it and speak it. Decree it and declare it over your life and your family’s lives. Stand in faith, what God said, He will perform.