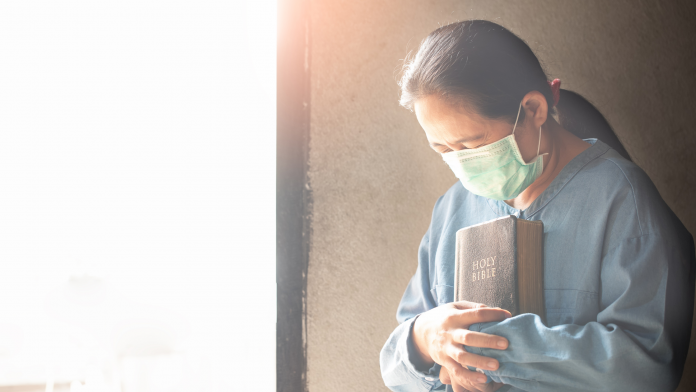 Alberto is married to Ashley and they have four children. He was born in Spain, but his family moved to the United States during his teen years. He and his brother, Francisco, planted Iglesia Bautista Fe de Sevilla in 2012 and he now serves as one of the pastors of the church.

Editor’s Note: The content of this article was originally given as a talk for our 2022 Acts 29 Europe Conference. Click here to view the full video.

The past two years were filled with tension, division, and isolation. It’s refreshing to see people gather again with a desire to see the gospel advance worldwide.

It seems the news about COVID-19 isn’t as dark as it was at the beginning of the pandemic. Spanish news media were incredibly pessimistic then. I read in an article that one of the reasons for Spain’s high vaccination rate is because of that news. I’m not making an argument for or against vaccination. This is just an observation of what’s happened in Spain.

But it makes sense, right? The worse the pandemic, the worse the outcome, and the greater the anticipation for a vaccine. Imagine if the news said, “No big deal. COVID-19 is just a cold. There’s an effective vaccine, but if you catch this thing, you probably won’t die”?

Do you think more than 90% of the Spanish population would’ve been inoculated? Absolutely not. The reason for the high vaccination was that, according to what was told, the alternative to having the vaccine was more sickness and death. People needed to know the deadly prognosis.

Paul does the same in Romans 1:18–32, giving a prognosis of the disease that has brought death to all—human rebellion. We learn the consequences of suppressing God’s truth and the chaos our rebellion has caused: the present and eventual judgment and wrath of God upon unrighteousness. Without embracing this reality, the gospel won’t be proclaimed with anticipation and assuredness.

God makes his truth and glory evident in very clear ways. As you look at creation, the firmament, humans, animals, and nature, the truth of God is plain. There is no excuse! My friend in Morocco was a communist and atheist in a country that is 99% Muslim before he met Christ. He told me the first time the thought of God’s existence came to him was when he climbed the Atlas Mountains. He saw the top of the mountain peak over the clouds and said it literally frightened him, and he thought, “there has to be a God.”

You’d figure after seeing God’s truth and glory, people would bow to their knees, enjoy his presence, and delight in him. But instead, they dishonor him. They exchange the glory of the immortal God for idols. They see God as a being of infinite value and glory, and yet, humanity makes the trade-off. This indeed is the biggest rip-off in history and the greatest demonstration of the severe distortion from the fall of man.

The words “gave them up” appear three times in the following eight verses. These words depict a criminal handed over to suffer consequences. So God’s wrath is revealed by this giving up that we see in the following:

God’s wrath turns humans over to what they want. The worst thing that can happen to a human is living contradictory to God’s intentions. Actually, a taste of God’s wrath is getting a mouthful of your own sinful and selfish desires. In the same manner, God’s wrath is giving humanity its desires—severe and complete distortion of humanity in all ways.

This is what makes Paul’s previous statements very powerful in verses 15–17, “So I am eager (anticipation) to preach the gospel to you also who are in Rome. For I am not ashamed (confidence) of the gospel, for it is the power of God for salvation to everyone who believes, to the Jew first and also to the Greek. For in it, the righteousness of God is revealed from faith for faith, as it is written, “The righteous shall live by faith.” They see God as a being of infinite value and glory, and yet, humanity makes the trade-off. This indeed is the biggest rip-off in history and the greatest demonstration of the severe distortion from the fall of man.CLICK TO TWEET

If the prognosis of humanity’s rejection of God’s truth brings wrath, and the only cure is the gospel, then it must be preached with the same zeal as Paul used with the Romans. We must proclaim and apply the cure to the sick eagerly and confidently.

We are confident in the gospel because we know it’s the only solution to God’s present and eventual wrath upon the unrighteous. God proclaimed the gospel right in the middle of the curse in Genesis 3 because it was the solution to the severe prognosis man’s rebellion brought, “I will put enmity between you and the woman, and between your offspring and her offspring; he shall bruise your head, and you shall bruise his heel” (Gen. 3:15).

We also know how the story ends. Paul proclaims it to the Romans as a reminder of the gospel the nations needed so they would be healed from the curse, “The God of peace will soon crush Satan under your feet. The grace of our Lord Jesus Christ be with you.” May God help us in this journey. May we help each other in this journey to preach the gospel with assuredness and anticipation to a dying world.