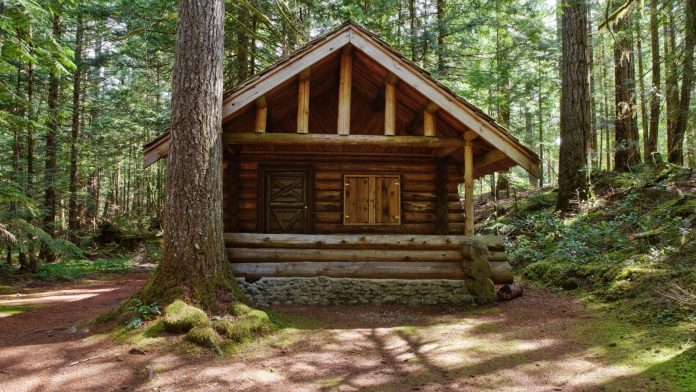 The last few weeks had seen a drought of movies. There hadn’t been anything new in theaters in quite some time. This week, that all changed. There were three movies that interested me that were released.

The choices were Marry Me with Owen Wilson, Death On The Nile, and the Liam Neeson film Blacklight. I’m a sucker for Liam Nesson and I think most people are.

The easy choice for this week’s Reel Leadership article was Blacklight.

We’re going to look at the movie. We’ll see how there are leadership lessons throughout the film.

Sofia Flores (Mel Jarnson) was a political candidate trying to enact major changes in the world. There were people who didn’t like her.

After calling a ride-share service, Sofia was dropped off at her house. While standing outside of the vehicle, Sofia was run over. She was murdered!

Her change (and a relationship) put a target on her back.

Leaders are change makers. They help organizations realize things can and should be better.

Sometimes, this isn’t received well. You create enemies because of the change you want to bring.

Make sure you’re watching your back as you’re making change happen. There may be enemies lurking in the shadows.

2. Living lies will eat away at you:

Helen Davidson (Yael Stone) was an undercover agent. She had to embed herself in a racist organization.

While tough, Davidson learned how dangerous living a lie could be.

Leaders cannot lead or live well while living with lies. Every lie a leader tells brings the leader closer to failure.

Want to lead the best way possible? Get rid of the lies. Lead through integrity.

3. There are times leaders shouldn’t be subtle:

Travis Block (Liam Neeson) rescued agents who were dangerously close to losing it. Davidson was one of his assignments.

He went to the trailer park where Davidson was holed up in a rundown trailer. The racist bigots had surrounded her, were assaulting the police officers, and ready to kill.

This is when Travis shows up.

There was nothing subtle about Travis’ approach.

We think that we have to be subtle, that we cannot bring a loud, boisterous personality to leadership. We’re wrong when we think this way.

There are times to be timid, kind, and gentle. Then there’s time to blow things up. To remove the layer of subtlety and make some noise.

Know when these times are appropriate.

Travis was able to rescue Davidson. He helped her get out. He kept her safe.

Why did he do this? Because he was directed to by FBI Director and friend Gabriel Robinson (Aidan Quinn). After the rescue of Davidson, Gabe called Travis his ace in the hole.

An ace in the hole is an advantage or resource kept in your back pocket until the time is right.

Find someone who can be your ace in the hole.

You think it’s all about protecting her. In fact, you may be turning her into a paranoid person.

Amanda is Travis’ estranged daughter. They keep in touch but the relationship is rocky.

In this quote, Amanda is referring to the paranoia Travis is causing her daughter, Natalie (Gabriella Sengos), to have. Because of Travis’ profession, he’s always watching his back. He’s also encouraging Natalie to do the same.

But, there’s something more to this. This example shows how the actions we take, the way we encourage our people to do things will impact the way they believe and act.

Your people will respond to your actions. They will move closer to your beliefs, actions, and hopes as you lead them.

Make sure you’re not leading them in the wrong direction.

6. Stand firm in your convictions:

Dusty Crane (Taylor John Smith) was an agent that was going rogue. It wasn’t because he was a bad agent. Dusty was an excellent agent.

He was, however, an agent with a conscience. He saw lines being crossed and he was through crossing them.

This led to his death. Still, he stood firm until the end.

Great leaders stand firm. They’re unwilling to budge when there is injustice or wrong being done.

7. Leaders bear the weight of their actions:

Dusty went to meet with Mira Jones (Emmy Raver-Lampman), a reporter. He wanted to break open the hidden world of corruption in the government.

While meeting with her, their meeting was interrupted by Travis. Travis pursued Dusty outside of the building. There, two agents gunned Dusty down.

This weighed heavily on Mira. She felt it was her fault.

Leaders bear the weight of their actions – Leadership lessons from Blacklight

Consider this as you step into leadership positions. Your choices are going to have consequences. These consequences can be ugly.

Bear the weight that comes from them.

One day you wake up and realize you’re not who the good guys are anymore. You’re not…

Travis began to realize Gabe and the FBI were not the good guys. They were the bad guys killing innocent people.

This realization shook Travis to the core.

Then, BAM! The truth hits you. You’ve slipped and fallen down a dark hole. You’re not who or what you thought you were.

Be on the lookout for this. Make sure you really are the good guy.

Travis had confronted Mira about her name change. He believed it was out of shame. The truth was more than that.

Mira told Travis he was wrong. She didn’t change her name because of shame. She changed it because her mother raised her and her biological father shouldn’t have anything to do with her.

It can be hard to accept correction as a leader. After all, we’re supposed to be the ones in charge.

Great leaders know that they are going to be wrong at times. Their ideas, suggestions, and direction may not be the best course of action.

If you were honest with me, I would have more respect for you.

Travis confronted Gabe when he discovered the truth. He told Gabe a hard-to-swallow truth.

Travis lost respect for Gabe. The loss of respect was due to the dishonesty of Gabe.

We’ve got to be careful when dealing with our teams, customers, and vendors. If we’re not honest with them, we cannot expect them to have respect for us.

We get this wrong so many times. We think our position demands respect. It doesn’t. What we do is how we get respect.