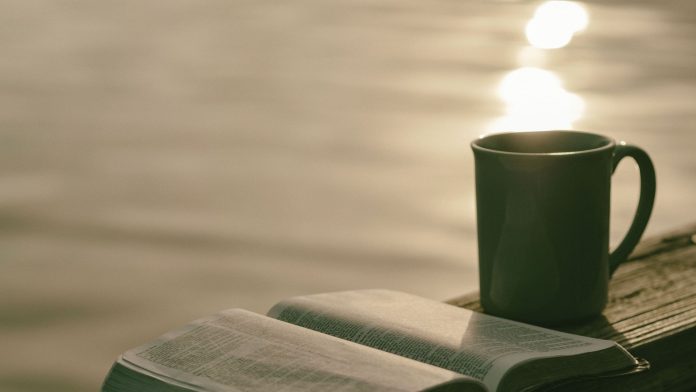 If you know my wife, you know how much she loves coffee. To her, it’s a non-negotiable. She has to have three cups every day just like she has since the time she was a kid.

I grew up differently. I didn’t drink coffee. I had a mother who was 5’4” and a dad who was 5’6,” so when I heard that it may stunt your growth, I stayed far away!

But soon after I had hit 44, I began interferon treatments for Hepatitis C, which left me constantly feeling tired. So of course, my wife came to me one morning with a cup of joe saying, “Jim, I promise if you’ll drink this, it’ll give you more energy.”

Out of desperation, I tried it, and I soon realized how right she was. I haven’t missed a day since! It would be safe to say it’s become an addiction.

The other day, I was thinking about this addiction I’ve developed, and I began to wonder: why do we get addicted to things? I realized that it’s because we are confident in it’s ability to change something in us, or to make us feel a certain way.

Obviously, we can become addicted to wrong things like drugs, alcohol, or unhealthy relationships. But have you ever allowed yourself to get addicted to something good?

This year, I challenged myself to get addicted to prayer. Not because I want to people to think I’m more “holy,” but because I’m so confident in its ability to change me for the better and to help me feel how God feels about my life.

It’ll do the same for you. Philippians 4:6-7 says, “Don’t worry about anything; instead, pray about everything…. Then you will experience God’s peace, which exceeds anything we can understand…”

In this passage, we’re told to pray about everything. Big or small, God wants to hear it. He wants to help. Then when we do, we’ll feel a peace beyond anything we can understand. That’s something I want to get addicted to!

But wanting it is easy; it’s the doing that can be tough. When we feel like our prayers are being hindered or left unanswered, what should we do? There are several things I’ve found that help me to unblock my connection to God and stay addicted to prayer.

First of all, we’ve got to get rid of sin and cling to righteousness. God wants to bless us, but He gives us the ultimate choice. If we want to receive His blessings, we’ve got to live His way.

It’s also important to seek a mentoring relationship. The Bible says that just as iron sharpens iron, so we are meant to sharpen each other. Then we’ve got to learn to remain in Jesus and rest in faith. Even in the tough times, we must stay close to Him and trust in His ability to bring us through.

Today, I challenge you to get addicted to prayer. Make the changes you need to, and watch as your life transforms for the better!

Take the Gratefulness Test to Find Out How Grateful You Are

What Your Pastor’s Wife Wish You Knew

Leading Our Churches Through a Life In Exile

How to Get Your Prayers Answered