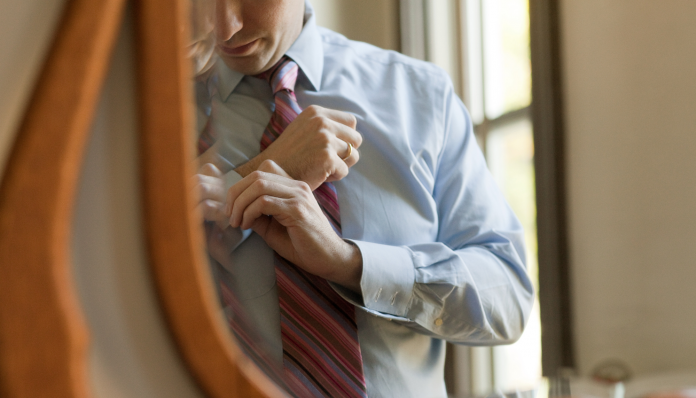 Your character is showing.

Character is something leaders don’t think about often enough,  yet it impacts their teams daily. You may not think about your character as a leader, but I promise you that your team does.

To a large extent, your character helps determines the size of your platform. Why? Platform rarely outgrows character.

Some leaders push past all those barriers despite their poor character, and when that happens, the results can be catastrophic. Often the frequent moral failures you see are the result of a platform that outgrew a leader’s character.

And even if a leader never gets ousted, show me a leader with poor character and I’ll show you a sea of hurt and a trail of bodies scattered within and around their leadership.

The hardest aspect of all of this is often we’re blind to our character flaws.

Everyone sees them but us.

One of the greatest challenges I’ve faced in leadership is to constantly wrestle down my character issues and blind spots so I can lead (and live) better.  I feel like it’s a constant battle to keep my motives and actions in check. Daily motive checks and honest feedback from people who love you enough to tell you the truth can keep you on the path to progress.

Here are three character blind spots a lot of leaders struggle with.

The question is: do you?

Platform rarely outgrows character. And when it does, the results are usually catastrophic.

1. Your Leadership Is All About You (Pride)

Pride is usually tied to either narcissism or insecurity.

Narcissists have a pathological need to make everything about themselves. Insecure leaders do the same thing—just for very different reasons.

Narcissists have a pathological need to make everything about them. Insecure leaders do the same thing—just for very different reasons.

While narcissism is a problem in leadership, insecurity is a bigger one. I know far more insecure leaders than I do narcissists.

Insecure leaders end up making the entire organization about themselves because they can’t handle not being the smartest person in the world.

They are usually unwilling to feature better communicators in case it makes them look bad. Insecure leaders struggle with delegation because they don’t trust their teams.

As a result, the entire organization becomes about them.

You might be asking “well how can this be about pride if you don’t feel great about yourself?”

The best definition of pride I know is this: pride is an obsession with self.

If you’re obsessed with yourself for any reason, pride is infecting your leadership.

The challenge, of course, is this: The only person your pride impresses is you. Ironically, you can drift toward superiority because your inferiority has taken you there.

Push some other leaders into the spotlight. Release not just responsibility to others on your team, but authority.

Don’t think less of yourself, just think of yourself less and the mission more.

Only humility will get you out of what pride got you into.

Only humility will get you out of what pride got you into.

Lust is sexual, but it’s more than just sexual.

Obviously, growth in and of itself isn’t a bad thing. I love being a part of a growing organization that’s accomplishing its mission.

But growth is much healthier as a by-product than a goal.

Growth is much healthier as a by-product than a goal.

The key is to make sure that the goal itself isn’t growth. I admit I struggle with this.

For example, you could say “let’s just reach more people,” but asking yourself why can be a very revealing exercise.

Or, is it because you genuinely want to serve and help more people?

It can also lead you to always demand more from your team—more hours, more output, more heart, more everything. Which will leave them exhausted and discouraged.

Growth for growth’s sake can be demoralizing to a team. It can make them feel like whatever they do isn’t enough, or that the real reason every year is supposed to be better than the last year is to satisfy your ego.

A better motivation is to want more for the people you serve and more for your team.

You would think leaders—especially church leaders—would tell the truth.

It’s just way too easy not to, especially if you struggle with ego, insecurity, or always want more.

It takes an awful lot of courage to admit that you’re not growing right now. Or your last quarter was one of your worst quarters.

Or that a staff member didn’t leave ‘by mutual agreement’ but either left out of frustration or was fired.

So, because you don’t like the truth, you spin it.

In leadership, spin is sin.

In leadership, spin is sin.

I’ve been thinking a lot lately about Netflix’s policy of radical candor. It can be tough, but the bottom line is there are no secrets…about good news or bad news.

When you spin everything you teach your team to not trust you. Because they can’t believe you, they’ll make up their own explanation or talk to other staff to find out ‘what really happened’.

Alternatively, when there is no story behind the story, people will start to trust your story. When you manipulate the story to make yourself look good, people don’t.

Telling the truth ultimately engenders a far deeper trust and commitment from everyone involved.

When there is no story behind the story, people will start to trust your story. When you manipulate the story to make you look good, people don’t.