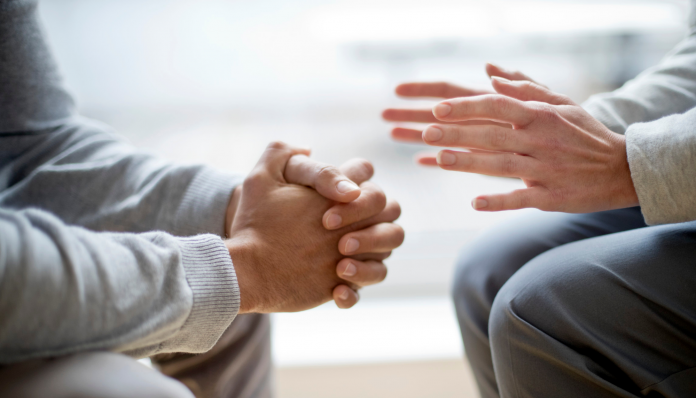 The phone call that night was unnerving.

“Brother Joe,” the young pastor on the other end said, “the deacons voted to ask for my resignation.” They had met that evening.

“They’ve given me 30 days to get out of the pastor’s residence.” They had also voted two months’ salary. And, if he plays along nicely, nothing will ever be said about his having been terminated.

“The chairman asked the others, ‘Do you have confidence in the pastor’s leadership?’ All six said they didn’t. So that sealed it.”

Granted, all I have is one side of this discussion. And I know from long experience with this young pastor he is not perfect. In fact, he told me of difficulties in administration he had experienced that may have brought this on.

But I know also that this pastor is a godly man of great integrity, that he works hard at his preaching, and that he has a servant heart. One could do a lot worse than have such a shepherd, particularly a small town church such as the one in question.

With a half-century of observing similar dealings from church leaders, I would like to say a few things to these deacons and other church leaders who are contemplating asking their pastor for his resignation.

1. Are you doing this in obedience to Christ? or is this just something you want to be done?

We who do not believe in divorce in marriage can be mighty quick to implement it in church situations when we find the relationship between the preacher and certain lay leaders has gotten rocky. Rather than trying to work through the difficulties, it’s much easier to drop him off the edge of the earth. He disappears, you will never see him again, and life goes on. Simple, huh?

It is simple unless the Lord God is watching and taking a direct interest in the goings-on. But if this is the Church of the Lord Jesus Christ, if He is alive and well and involved, if He cares about the welfare of the ministers whom He calls into His service, and if He is going to require us to stand before Him and give account for our actions, you had better step lightly here.

2. Are you willing to stand before the Lord at the judgment and take full responsibility for doing this?

Before you answer, let’s consider what you are doing:

–you are seriously injuring a pastor’s ministry. If he recovers at all, it will take years. No pastor search committee wants to touch a man who has been terminated from another church. He has to be out of the house in 30 days? Where do you think he will go? How will he support his family? (I happen to know their answer to that. “That’s his problem.”)

–you are setting a dangerous precedent for your church. The next time leaders have trouble adjusting to a pastor’s style or temperament, someone will suggest, “Let’s get rid of him like we did Thomas.”  “Yes, we have a precedent.”  Lord, help us.

–you are establishing a worldly philosophy for your congregation. “In a divided relationship? Get rid of the difficult person.”

–you are in danger of undoing what God has done. Acts 20:28 says the Holy Spirit makes the pastors the overseers of the church. Not the deacons, not the church. By running him off–even with a golden parachute of severance–you are either discounting that God made the pastor the overseer or you are saying it does not matter, this is what you are determined to do.

Church leaders who tear up the fellowship of the church and ruin a pastor’s ministry are practical atheists. They believe in the Jesus of the New Testament days and the Jesus who will return to earth; they just don’t believe He is on the job today and that what they are doing to His church matters to Him. This is scary.

Some people are in for a rude awakening. They are going to find out real quick that they would have done better trying to work with a pastor who was having trouble rather than destroy what the Lord was up to in that situation.

3. Have you brought in outside counsel?

And we do not mean a lawyer, Lord help us! And not just one person.

Bring in three or four responsible, godly men and women from the denominational office, some other denomination’s resource department, or some counseling office. Bring in people who know about mediation, about reconciliation, who believe in the need of God’s church to work in love and unity..

I am well aware why some in leadership do not do this: They do not want someone telling them to work matters out with the pastor. They want him gone, and the quicker the better.

That’s why I call them atheists. They clearly do not believe in God’s way of doing things. They do not want the glory and honor of the Lord and His Body to be sustained. They want what they want. It’s their church, by gum, and they’re going to have their way.

4. Has the pastor been able to present his side of the matter before a responsible, non-judgmental group?

The deacons in Thomas’ church met without his knowledge and announced their verdict. Even though the U. S. Constitution guarantees the accused the right to face his accusers, these men do not grant their spiritual leader–that’s what a pastor is!–the same basic privilege.

Everything about this stinks.

Not every lay leader of the church has pure motives in wanting to get rid of a preacher. Some are godly and mature and their motives may be sound, but some are carnal and mean-spirited and self-centered. Some have already picked out a favorite they want to install as pastor, some dislike the preacher because his wife seems uppity, and some don’t want any preacher at all.

The deacons voting unanimously tells nothing by itself.

In a jury trial, the judge questions each juror: “Is this your verdict?”

I say bring those deacons before the congregation and require each one to answer the same question and give his reasons.  It’s that important.

5. Have you checked your church’s constitution and by-laws to make sure you are doing things right?

These things are not always instruments of great wisdom, but sometimes they are. They should be kept current with the best wisdom of the most mature leaders, and they should be followed.

6. Have you rushed into this?

You have a pastor for years, but decide in a couple of weeks to get rid of him. Was this wise? Fair?

There are indeed times when a pastor needs to be released from the ministry. There are preachers who have no business ever pastoring another church. And to get rid of them can be a high and noble service to the Lord’s church.

If a pastor is doing something illegal, unethical or immoral, there should be little debate. Get him out. If it’s a matter of doctrine, philosophy, style, or various practices (he does this too much, but that not at all), move more cautiously. Have lots of discussions and make sure to involve wise people.

You hush up a matter like this only when to reveal it would embarrass the pastor and his family needlessly.

Proceed cautiously. So much is at stake.

7. Are you willing to tell the full story to the next pastor you consider bringing in?

If you terminate Thomas for practically no reason, any wise preacher would correctly assume you could do the same to him also, and decide not to subject his ministry and his family to the whims of such carnal leaders.

You will be able to get a new pastor, so that’s not the question.   But–and mark my words–maybe not the kind you would want to keep. You have guaranteed that no pastor with solid skills and sound judgment will want to darken the door of your church.

So, you may find yourself repeating this process in a couple of years. This is why churches that terminate one pastor often end up sending a string of them on their way over the years.

So, church leader, think this thing through.  Ask yourself these questions–

–What kind of church do you want yours to become? Your decisions in this matter will forward it in one direction or the other.

–Who are you trying to please? If the answer is anyone other than Jesus Christ, you ought to be ashamed.

–Why not invest in the future of a young minister, to help him become more effective in subsequent churches, instead of crippling him for years to come?

7 New Ways to Attract and Engage People In 2022

Church Promotion Vanderbloemen Group - August 13, 2022 0
This blog was written by Sarah Meggers, an Executive Search Recruiter at Vanderbloemen. So much happens in the church throughout the year. Small groups, weekly worship...

Inspiration Charles Stone - August 12, 2022 0
I heard a muffled whimper come from the small cardboard box.  When I opened it and carefully cradled the tiny ball of fur, his...

Church Promotion Thom Rainer - August 12, 2022 0
For decades, many church strategies have been built around getting people in the community to come to your church. Big events. Great signage. Social...