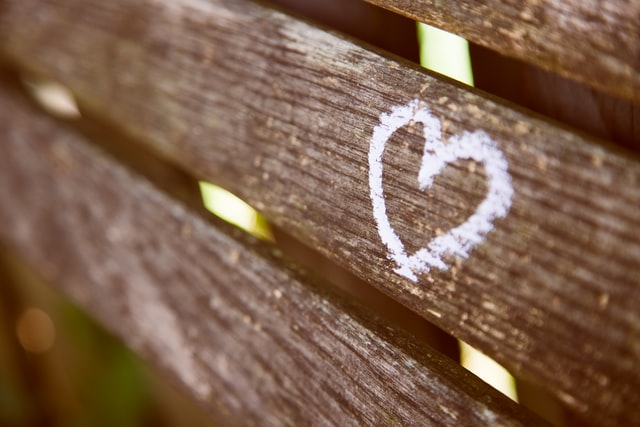 “I have spoken openly to the world.  I always taught in synagogues and in the temple, where all the Jews come together.  I spoke nothing in secret” (John 18:20).

Something happened the other day to remind me of why, as a young teen, I hated the typical television sitcom.  I could never say “I Love Lucy.”  And here’s why.

I was listening to the replay of a 1950’s radio program “The Life of Riley.”  William Bendix’ character, the husband and father of the Riley household and namesake of the program, was a bumbling, stumbling embarrassment to the males in the audience, always jumping to conclusions and misunderstanding what the normal people around him were up to.  He needed a good whupping, I always thought.  As a nine-year-old as well as today, that kind of program is really hard to listen to.

In the early 1950s, we had no television.  To watch a TV program, we had two choices. We could walk down the country road either to my grandmother’s or to Uncle Cecil’s.  Now, Granny would watch whatever you wished–she was just glad to have the company–but at my uncle’s, you watched whatever they chose.  And the one program they loved above all others was “I Love Lucy.”  They even named their youngest child after the baby in the show.

The basic plot for “I Love Lucy” almost always involved  a misunderstanding or deceit, usually something Lucy was keeping from her husband Rick.  She might take a job to earn money to buy Rick an anniversary present, but for some unknown reason did not want him to know about it.  Then, he phones to say he’s bringing the boss home for dinner tonight.  The problem is she’s on her way out the door headed to her afternoon job.  But does she tell her husband?   No.  Doing so would be the normal thing, of course, but there would be no program.  The deceit may have formed the basis of the plot, but it also made the story contrived and unreal. And painful for me.

I could never figure why anyone liked that show.  But they did, by the zillions.

“Normal people do not act this way,” I would mutter to no one but myself, and would often leave the house and walk home.

The few times I made myself sit there and watch a complete episode of “I Love Lucy,” I recall feeling actual pain.  It was terrible and I was miserable.

“Why doesn’t she just tell her husband she is taking a part-time job?” I would say.  And someone in the  darkened room would answer, although in a nice tone, “Shut up and watch the program.”

Does that tell you something about me?

Tell the truth. Be honest with each other.

No more secrets.  No deceit.

I hate subterfuge.  Hiding things from those you love, people you should trust.  I despise dishonesty.

We interrupt this little essay for an honest admission: I am not sinless.  I have not always been truthful or honorable. I have done my share of lying.  (Perhaps that’s why I hate it; I know the pain it causes.)

Every day I thank God for forgiving my sin.

For that reason and many more, I hate deceit and dishonesty.

–As the new pastor of a church that was hurting financially–with over half the budget going to make the mortgage payment–I had a banner printed and installed in the sanctuary.  It read: “Put up or shut down!”  I thought it was a clever play on the expression “put up or shut up” and accurately  stated the circumstance our church was facing.  But soon members began complaining. “It’s scary,” they said. “It’s too negative.”

I took it down.  And regretted it because I thought it was a plain-spoken statement of the facts and expressed  somewhat cleverly.  (Clever is always big on my list too, but that’s another story.  Smiley-face goes here.)

–In one church I pastored, we were running behind the budget and needed God’s people to be more faithful and generous.  I said to the stewardship committee something like this:  “There is an old adage in Baptist life: ‘Tell the people.’  And our people need to know that we are hurting financially.”

My suggestion was that each member of that committee go into adult classes and tell the people how we were doing financially and what we need.  I said, “If they know, they’ll give.  But they assume we’re doing okay because we’re not telling them.”

The chairman, an older deacon who had belonged to that church all his life and thus had territorial rights on this area of congregational life, informed me, his young pastor, “That’s not how we do things around here.”

Don’t miss that assumption.  If anyone is going to adapt, it will be the newbie. The greenhorn. Being the God-called, Heaven-sent pastor carried no weight.

What the leadership was accustomed to doing, I learned, was to borrow money in slack times and repay it when the offerings were plentiful.  That is not the worst thing in the world, of course, and evidently it worked.  The problem is that it was symptomatic of how the church leadership handled every decision:  “Do not tell the church; it would just upset people. We’ll take care of things.”

That philosophy, which I ran headlong into and took a stand against, doomed my ministry in that great church to three short years.

Our Lord, on trial before old Annas, godfather of the high priests in Judean life, was ordered to “Tell us what you’ve been preaching!”  He quietly responded, “Ask anyone who heard me.  I had no secrets.  I spoke plainly in synagogues and the temple, out in the open.”

Nothing to hide.  Nothing behind your back. No fingers crossed.  Openness.

That approach, of course, was foreign to the religious leaders of Jesus’ day and He was given a back-handed slap for His trouble.

One.  True, you do not have to tell everyone everything you know.  There is always a place for discernment and wisdom.

Two.  Speak in love and never harshly.  The three epistles bearing the name of John continually speak of the combination of truth + love.

Truth without love is harsh and can be hurtful.  Love without truth is sentimentality and mushiness.  They work best together.  Our Lord was “full of grace and truth” (John 1:14).

Three.  Never violate a confidence.  If something is told in confidence, it should remain there.  The pastor who works a private conversation into a sermon had better have a good reason–such as: this happened years ago, the parties involved are no longer living, and I’ve changed the names. And one more: They gave me permission.

Four.  Truth often hurts.  But the mature can take it and want nothing else.  How often have we heard people say, “I told the doctor, give it to me straight.  I want to know the truth.”

Six.   All truth is not equal. There is such a thing as “true truth,” a term coined (I think) by Francis Schaeffer.  This refers to the best truth of all, the news of the reality of God, the divinity of Jesus, and the redemptive message that God loved us and sent His Son to be the sin-offering for us.

Seven.  Let us so deal with the world, our business contacts, our neighbors, and outright strangers, that we have no need to remember what we said to this one but not to that one, and no cause to keep track of the partial truth given to one but which could be incriminating to another.  Let us speak the truth and lie not, be transparent and open, and loving at all times.

As followers of Jesus committed to Truth, we will be honest in paying our taxes, respectful to our neighbors, and faithful in paying our bills.  We will so live that if our next door neighbors were suddenly called on as our witness, the result would be positive.