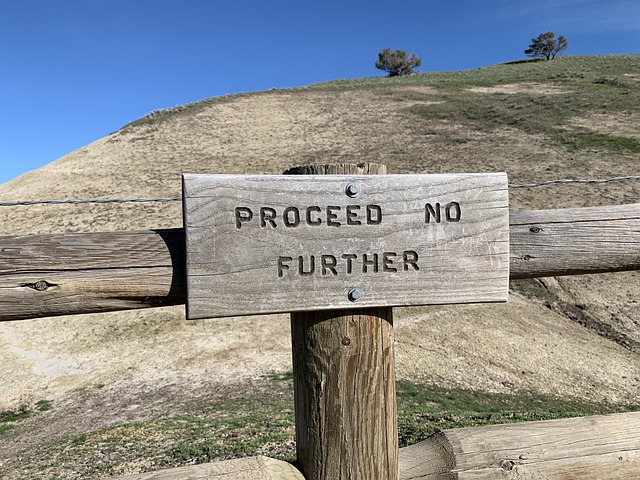 So you want to quit.

This has been an excruciating crisis to live through and lead through.

While 25% of all workers want to quit their jobs right now, it appears  it may be even worst for church leaders. Apparently, the majority of pastors are at least thinking about it.

In this widely-shared article, Thom Rainer explains that the vast majority of pastors he and his team work with want to quit. The pandemic, division, workload, in-fighting, levels of criticism and loss of momentum in most churches is too discouraging for most pastors.

Thom is right…there has never been a more discouraging season to be a leader. And if your experience is like most pastors, everyone’s angry with you to boot (here’s a post on why everyone’s so mad at you right now).

I recently had a conversation with a top search firm CEO who predicted that next year will be a year of massive turnover in part, because the crisis has made people rethink their options.

I’m writing this post not to convince you to stay where you are, but to think twice before you quit.

Nobody has to stay anywhere forever.

There are good reasons to leave what you’re doing. Over my life, I’ve left fledgling careers in radio and law, exited a  denomination and most recently made another change.

After 25 years of ministry, yesterday I preached my final sermon as part of the teaching team at the church I founded, wrapping up a 5 year succession plan that completes a 25 year ministry.

But there are also bad reasons to leave.

So today, let me be your (free) counsellor/friend. Talk you off the ledge. I’ve needed that conversation more than a few times in my decades of leadership so I could finish instead of quitting.

I’ve been discouraged, defeated, exhausted and pretty much done more than once. But I never left in those seasons.

Looking back, I’m so grateful I didn’t.

1. Quitting Is Different Than Finishing

Quitting is easy. Finishing is hard.

Both quitting and finishing result in the same outcome: you leave. Nobody, after all, stays forever.

But quitting usually involves surrendering to the pain or letting the circumstances control your exit.

By contrast, finishing usually involves pushing through the pain to a moment or season where the circumstances move both you and the mission forward as best you can.

2. Your Exit Becomes Your Legacy

On that note, your exit determines the legacy you leave behind, both for the organization and for you personally.

You can erase years of great leadership in moments with a poor exit. Quitting because you’re frustrated, discouraged, defeated or exhausted rarely creates a great departure.

The way you leave becomes your legacy.

Years or decades of sincere, hard, good work can get reduced to a sentence like “Yeah, he just packed up and left town”, “He got so bitter at the end”, “She burned every bridge” or “His last year left us all scrambling”.

You’ve probably heard the marriage advice (or given it) that all your unresolved issues follow you into your next relationship.

The same is true of leadership.

Relationally, starting over with someone new usually sounds way more promising than it is. Why? Well, you have a pretty realistic (pessimistic) view of the person you’re with which you’re  ready to trade in for an idealistic view of the person you want to be with. In your mind, this new person is perfect, while your present partner is sooooo inferior.

Of course, what you’re forgetting is not only is that picture inaccurate on both counts, but this: You bring yourself with you wherever you go.

Whatever issues you don’t resolve now, you’ll have to resolve in the future.

The same is true in leadership. You have a very realistic view of how hard your current situation is.

But you imagine your new situation with an idealistic view point. They’ll appreciate me. They’ll do what I ask them to do. Their team won’t argue.

That, of course, is also what you thought the last time.

Here’s what I’ve learned: your unresolved issues follow you wherever you go.

We went through a really painful season of leadership about 15 years ago. I wasn’t tempted to leave the church, but we were selling our house around the same time.

I was really tempted to leave the community I was living in and move to a different city nearby. We could start over again, I told myself.

But as my wife and I prayed about it, I became convicted we need to stay. We move ten minutes down the road.

Which meant we’d travel the same roads, shop in the same stories, get groceries at the same supermarket, and run into the same people we had struggled with.

It was exactly the right medicine. That forced me to look at my own failings, to see where I was wrong, and to practice forgiveness.

Escape is poor substitute for personal growth, forgiveness and change.

The challenge with quitting is that your issues and problems come with you. They didn’t quit, you did.

4. Running Toward Your Future Is Better Than Running Away From Your Past

So maybe you are called to leave (here are 7 signs it’s time to move on). Maybe your season is legitimately coming to an end.

If you can—and in a carefully discerned departure you usually have time to do this before you go— ask yourself what you’re called to next.

In my current situation, in addition to a sense that the current season was drawing to a close, that a well-executed succession plan was important for all, there was also a budding sense that a new calling or assignment was being birthed: to help leaders thrive.

One of the reasons transitions are so painful (particularly as you get older as a leader) is because all your best days feel like they’re behind you.

Find some wise counsel around you who can help you discern what’s next before you leave what’s now.

Running toward your future is a much better move than running away from your past.

5. A Bad Season Is The Worst Time To Make A Big Decision

So just to frame this season in context, this really is a bad moment. And it’s impacting leaders deeply.

A recent Barna survey has led Barna President David Kinnaman to conclude that the mental health of pastors has reached crisis levels.

Just look at the chart below.

In 2016, only 14% of pastors said they’re mental and emotional health was average to poor.

In August 2020, fully 50% of pastors now say their mental and emotional health was average to poor.

I wonder where that number will move to as the crisis continues to spiral out of control.

I know when I’m in a discouraging, difficult and depressing season, one of the first things to go is my judgment.

When I’m not in a good place mentally or spiritually, I make emotional decisions and try to back fill them with logic. Or maybe I don’t even bother trying to be logical. I just make (bad) decisions.

As a result, I’ve realized that a bad season is the worst time to make a big decision. This is true for anything from quitting your job, to leaving your spouse to (honestly) even making big financial decisions.

Never quit on a bad day.

Sure, maybe you are called to move on.

Get healthy, and if you can’t do that right now (because it will be a long journey), at least get healthy people around you to make some recommendations.

If you can, make your decision to finish up on a good day.

This isn’t a good season for most leaders.