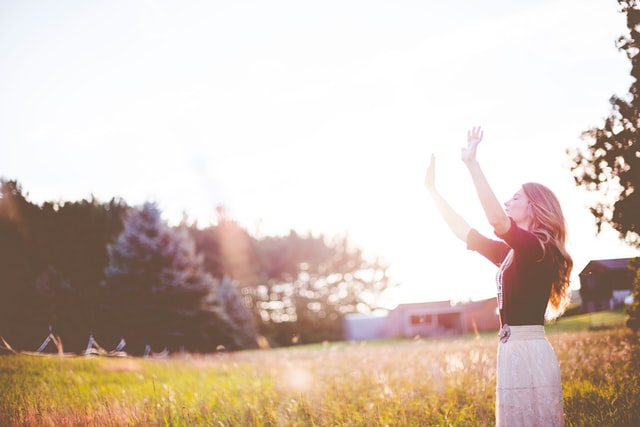 When you’ve experienced loss on any level, but particularly one that has become so public, you feel a tremendous amount of pressure to post a social media tribute of some sort on the “big” days — birthdays, anniversaries, memorial days. I’m not sure why exactly. Maybe it’s because you find your phone buzzing a little more often on those days with the “Praying for you guys today” messages or the “Hope you’re doing well. Thinking about you today” texts. Maybe it’s because you’re feeling a level of survivors’ guilt that you’re still living life, waking up, going to work, building relationships, and loving again. Or maybe it’s because what you were terrified of happening is beginning to occur — people are going on with their lives and to the world your loved one’s memory is going to fade into oblivion.

Today at church people asked me how I was doing more than usual. I so appreciate the sentiment and surely their thoughtfulness brought my already fragile emotions to a tipping point in that I could hardly respond with a coherent answer. But the truth is sometimes the “big days” aren’t the hardest days. You can almost brace yourself for those days, prepare your heart and recoil out of protection. Sometimes it’s the random days where a memory or a trigger will emerge from nowhere and be unexpectedly crippling. Sometimes you can’t even place why you’re in a funk, you just feel off.

Certainly grief and healing create this torrent of emotions that you can neither understand nor reconcile. And as you begin to move forward you find yourself in moments where the joy of tomorrow seems to conflict with the sorrow of yesterday. Moments where the focus on the future clashes with the pain of the past. I found myself in one of those moments today.

Kristi and I took the kids to Amanda’s graveside after our church service this morning. The brisk autumn air was a bit much for the kids so after saying their cordial, but aloof hellos to “Mommy Amanda’s” grave they opted to return to the warmth of the car. So I stood there with my arm around my wife staring for several minutes at my late wife’s headstone. It’s one of those moments you’re not sure how to reconcile. The ache of missing what was is tempered by the comfort of holding what is. Clutching Kristi to my side I let my mind wander for a few moments with this one thought I haven’t been able to shake for the last several months — one day, on the other side of eternity, I’m going to have the privilege of introducing these two lovely women to each other.

Kristi and I wonder sometimes if by some chance she and Amanda had a passing interaction before Amanda was killed. We’ve certainly discovered a couple of near chance encounters that just happened to elude them.

After announcing our engagement last year, Kristi and I received a message from a mutual friend we each had no idea the other knew. Her name is Andraea. Kristi worked for a season for Andraea at a bridal boutique here in Indy. When Amanda and I moved to Indy I was looking for ways to support our family financially while we started the church. One side hustle was registering with Care.com to tutor kids who were struggling in school. I got matched with a kid who’s aunt had just been awarded temporary custody, so after talking with her on the phone I jumped over to her house to meet her and her husband, who happened to be a pastor in town. As I sat in her living room a stack of wedding dress magazines crowding the coffee table caught my attention. “Oh. Sorry for the mess,” the aunt said. “I own a bridal boutique in town and it takes over our house. My husband hates the clutter it creates . . . You know, you and your wife would love the shop! Especially with all the shabby chic furniture restoration she does. You should come by sometime and I’ll show you two around!”

I smiled and made a mental note to take Amanda by the boutique one day, but never got around to it. I wonder if Kristi would have been working that day and I wonder what it would have been like to witness the two of them meeting — neither having any inkling as to what each of them would be stepping into in just a few short years and how their lives would be so closely woven together.

I know the two of them would have had much to talk about. Both loved basketball, Chip and Joanna Gaines, and photography. Both ran competitively in their teenage years, Amanda with the cross-country team in high school and Kristi the 4×400 relay in high school as well as cross-country in college. Both felt freest when they laced up their Asics and strode out on a country road for a couple miles. Kristi in particular was an incredible long-distance sprinter, posting a 59.2 second 400 split with a baton in her hand.

I stood at the graveside today imagining a late Indian summer afternoon in Heaven and a little French style cafe tucked under a large oak tree. From almost every spot on the outdoor patio you can see rolling fields nestled in a river valley with surrounding crags. There sitting at a cast-iron table is a petite blond with unmistakable eyes, as azure as the sky peaking through the branches above her. Kristi and I approach anxiously, palms sweaty and a little short on breath. “That’s her,” I’m barely able to muster up a whisper, and as I do the girl at the table looks up, her smile gleaning in the sunlight, as if she’s been waiting for us for some time now. She stands up and begins striding toward us, a calm excitement emanating from her. She’s wearing dark jeans, a baggy sweatshirt and converse All-Stars. My stomach flutters as I begin walking faster, Kristi’s hand still in mine. I don’t release it until we get right up to Amanda and I throw my arms around her. “I can’t believe it’s you! I just can’t believe it’s you!” I repeat over and over as her familiar sweet smell floods my senses. We linger for what should be an awkward several seconds but instead, everything about the scene seems right – to all three of us.

After what seems like an eternity I loosen my grip, step back and look at Kristi, and then back at Amanda. “Kris, I want you to meet Amanda Grace. Amanda Grace, meet Kristi.”

“I’m so grateful for you, Kristi.” Amanda speaks through the tears. “I had some strange feeling I would be giving Weston up at an early age and would have to entrust him to the Lord — and potentially to someone else. I never thought I would only have him for 15 months, but I couldn’t think of a better person to raise him for the other 15 years of his childhood. Truly. we have so much to catch up on!”

We spend the afternoon camped under that oak tree sipping coffee and chai tea lattes and eating fine delicacies, the likes of which we’ve never tasted or even imagined before. I just lean back and listen, feeling like the third wheel as Kristi in her playful giddiness regales Amanda on every one of Weston’s firsts. The topic of their conversation eventually transitions to me, and they belly laugh at all my little quirks that annoyed the heck of them. They talk about the church Amanda and I started together and the years of transitions and growth seasons Kristi had to help me navigate. They talk about betrayals, hurts, victories, and personal growth each experienced as a pastor’s wife.

Then, as if he just appeared from thin air a waiter approaches our table and sets a bill down.

“Wait, coffee isn’t free here?” I lean forward and grab the slip of paper before the other two even break from their conversation. Amanda looks over at me, and then down at the slip of paper and smiles. She already knows that the paper has each line item listed out with the total crossed through and the words “Paid in full” written at the bottom.

“Nothing is free here,” she says. “In fact everything is rather expensive wherever you go. The cost of living here is outrageous . . . but it’s all been paid for. You can just leave the bill on the table everywhere you go. It’s truly remarkable.” A huge smile engulfs her face as Kristi and I look at each other amazed. I set the slip of paper down on the table as a slight breeze cuts through threatening to blow it away. I reach out and snatch it quickly and place it back on the table top.

“Here,” Kristi asserts as she sees me struggle to keep the slip of paper pinned in place. She rummages through her purse for a second clearly looking for something that could act as a makeshift paperweight or something of the sort. After a few seconds she pulls out a shiny, smooth cylindrical piece of aluminum and places it on top of the bill. Suddenly the most curious sensation rushes over me, like I’m trapped in some sort of inception loop or deja vu moment. I had never seen this object in her purse in all the years we were married, and yet something always told my spirit that she was carrying it with her. It’s like no sooner did the pleasant surprise of her possessing this object and the appropriateness of how she chose to use it in this moment hit me that the shock was immediately swallowed up by a recollection that she’s always had it by her side.

“That looks like a relay baton.” Amanda jumps in inquisitively.

“It is.” Kristi nods as she rises from the table and begins to throw her purse over her shoulder.

“Are you just going to leave it here?” I ask, still a bit confused as to how I knew she was carrying a relay baton in her purse for decades.

Kristi just smiles and looks at me, and then over to Amanda. “I don’t need it anymore . . . Come on you two. Let’s go explore this place together. Amanda, I’m sure you can show us around!”