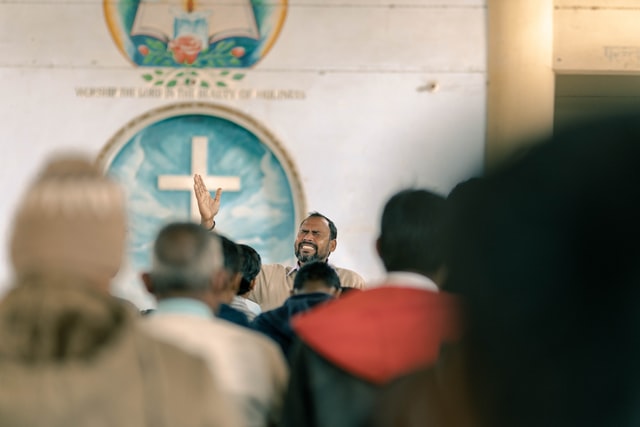 Anecdotes are short, catchy stories, the kind pastors and public speakers insert in just-the-right-spot to pep up a message. The word comes from the Greek and literally means “things not given out.”  In other words, “unpublished.”

Winston Churchill called them “the gleaming toys of history.” They are hard to define, but we all know a good one when we find one. Here are a few of my favorite stories…..

One. During the 1957 World Series between the Milwaukee Braves and the New York Yankees, slugger Hank Aaron came up to bat. Yogi Berra, the Yankee catcher, noticed he was holding the bat wrong. “Turn it around,” he told Aaron. “So you can read the trademark.” (That’s the usual wisdom on how to hold a bat.) Hank never looked back, but said, “Didn’t come up here to read. Came up here to hit.”

And brother, did he ever.

Two. A patient afflicted with chronic depression called on the famous British physician John Abernethy. After examining him, Dr. Abernethy said, “You need amusement. Go down to the playhouse and hear the comedian Grimaldi. He will make you laugh and that will be better for you than any drugs.” The patient said, “I am Grimaldi.”

Great comedy is said to emanate from great suffering.

Three. Franklin Adams belonged to a poker club that counted among its members an actor named Herbert Ransom. It was said that whenever Ransom was dealt a good hand, you could tell it in his face. In light of that, Adams proposed a new club rule: “Anyone who looks at Ransom’s face is cheating.”

What does your face reveal about you?

And what are your hands doing these days?

Five. I’ve told this one to whatever doctor was examining me at the moment. Konrad Adenauer, chancellor of West Germany when he was in his 90s, was being examined by his doctor. “I’m not a magician,” the medical man said. “I cannot make you younger.” “I haven’t asked you to,” said the chancellor. “All I want is to go on getting older.”

I know the feeling. I turned 80 recently.

Six. The Greek general and politician Alcibiades was telling Pericles, who was 40 years older than he, how to govern Athens effectively. Pericles was not amused. “Alcibiades,” he said, “when I was your age, I talked just as you do now.” The younger man said, “How I should like to have known you when you were at your best.”

When are you at your best?

Alexander was a sucker for a great line. What connects best with you? Think of all that is implied and included in “King of Kings.”

Eight. A friend of Muhammad Ali grew tired of his boasts and claims about being the greatest. He said, “How are you at golf?” Ali said, “I’m the best. I just haven’t played it yet.”

Does your mouth write checks you can’t cash?

Nine. The radio comedian Fred Allen was noted for his off-the-cuff witticisms. Once he appeared on the Tonight show, hosted by Jack Paar who idolized him. Paar gushed, “You are my God!” Allen said, “Five thousand churches in New York and you have to be an atheist!”

Who is your God?

Ten. Once a script for a proposed show was returned to Fred Allen from his bosses at the network. Blue pencil notes were everywhere, with suggestions to delete this and change that. Allen looked at it and said, “Where were you fellows when the paper was blank?”

Anyone can criticize; few can create.

Not dying, now that would be the real thing. And it’s available, actually, if the promises of Jesus Christ are to be taken literally. See John 3:16 and John 10:10.

We’re confident they are.  In fact, I’m betting my life on it.

Twelve. My friend Don Davidson tells of a father and son who were driving past the cemetery one evening. Workers had dug a grave for a funeral to be held the next day. Seeing the open grave, the child called out, “Look dad! One got away.”

That’s our Easter message, isn’t it?  Paul calls our risen Lord “the first fruits of those who sleep” (I Corinthians 15:20).

Thirteen. When Bob Dole was serving in the U. S. Senate, his wife Elizabeth headed up the Department of Transportation in the Reagan administration. All the newsmagazines ran stories about this powerful Washington marriage. A photo accompanying one article showed them making up the bed together. Some man wrote Dole to complain. “You’ve got to stop doing the work around the house. You’re causing problems for men across the country.” Bob Dole wrote back, “You don’t know the half of it. The only reason she was helping was because they were taking pictures.”

You helping anyone these days?

Fourteen. Former NBA star Bill Bradley served as a U. S. Senator from New Jersey for many years. In that position, he had to take some unpopular stands and his constituents were not always happy with him. One irate voter wrote, “Bradley, I am coming over to you house and I’m going to kill your dog.” Bradley noticed the fellow had actually put his return address on the envelope, so he wrote back, “I don’t have a dog.” A few days later, the UPS truck dropped off a big crate. Inside was a mutt and a note: “Bradley, don’t get too attached to this dog.”

What are you attached to?  (Note:  I’ve heard this story attributed to others, so no telling…

Fifteen. Hans Christian Andersen wrote all those fairy tales (“The Ugly Duckling,” “The Emperor’s New Clothes,” etc). Despite having a great fondness for children, he never married. At the age of 70, he died from liver cancer. Friends found him in bed, his hands holding a farewell letter written 45 years earlier by the only woman he had ever loved.

Sometimes unhappiness in one’s personal life seems to play a role in making the person more creative and productive in other ways. Ask Jane Austen.

Sixteen.  When Archimedes was demonstrating his new invention called the lever, someone asked how much one could potentially move with such a contraption. He answered, “Give me a place to stand and I will move the world.”

Seventeen. New Orleans native Louis “Satchmo” Armstrong, after whom that city’s airport is named, was asked if it bothered him that so many musicians copy his style. “Not really,” he said. “A lotta cats copy the Mona Lisa, but people still line up to see the original.”

Eighteen. While we’re on the subject of Armstrongs, how about Neil, the astronaut. He was chatting with some famous travelers, picking their brains on countries they had visited. “But Mr. Armstrong,” they said, “you’ve walked on the moon. We want to hear about your travels.” He said, “But that’s the only place I’ve been.”

Nineteen. When Neil Armstrong–said to be a devout Christian–was visiting the Holy Land, he asked his guide if it was certain that Jesus had walked these very steps up to the Temple Mount. Assured that He surely must have, Armstrong said, “Then I have to tell you, I am more excited stepping on these stones than I was stepping on the moon.”

I’ve been there (to Israel, not the moon) and know the feeling.

Twenty. Someone asked diplomat Warren Austin if he didn’t get tired of the debates in the United Nations that droned on and on. “Yes,” he answered, “but it is better for old diplomats to be bored than for young men to die.”

A lot of good things have come out of boring talks.  And more than a few boring sermons.

Twenty-one. Sir Thomas Beecham, the British conductor, was irritating a friend on the elevator by whistling a tune from Mozart. “Must you do that?” the friend said. Beecham answered, “You may be able to hear only my whistling; I can hear the full orchestra.”

I love that story because that is precisely what I was doing during my teenage years while whistling or singing in the field all day long, as I plowed my mule Toby. I could hear the quartet or the choir singing along with me, never just my own voice. Years later, when I heard my naked voice on tape and realized there was no choir or orchestra backing me up, I dropped the singing and stuck with whistling.

What do you hear when you sing?

Twenty-Two. A friend of Alfred Hitchcock told this one on the famous director. They were on an elevator and engaging in idle chit-chat. The lift stopped and a man and woman got on. “So,” Hitchcock said to his friend as though he had been in the middle of a story, “I leaned over the corpse to see if he was dead, and pulled the knife out of him. I wiped it on my trousers and placed it back in the kitchen drawer. I walked out the back door, caught a bus on the corner, and heard no more about it.” The elevator stopped and everyone got off. As Hitch walked away with his friend, he said, “Now, they will talk about that for the rest of their lives!”

What will you be talking about the rest of your life?

I love a good story. You too?

The only thing I like better than hearing a good story is to be the person telling it. I will buy an expensive book of anecdotes for one story worth telling and retelling for the rest of my life and consider it a bargain.

Evangelist Dwight L. Moody used to say he would walk a mile for a great story any time.

Some of the stories above came from the huge “Bartlett’s Book of Anecdotes” edited by Clifton Fadiman. It contains thousands of stories, all of them memorable and many of which will make great sermon illustrations.

When a church member criticized my sermons for containing too many stories, I said, “Mark 4:34 says Jesus never taught without telling stories. So, I have a good role model.”