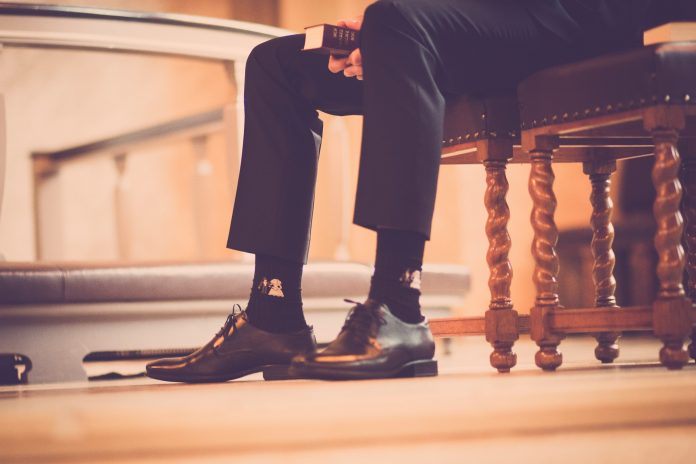 “If I had said, ‘I will speak thus,’ behold, I should have betrayed the generation of Thy children” (Psalm 73:15).

Some questions need to be handled in private and not made public.

A friend who had not been to church in a while ventured back recently only to be slapped in the face by the sermon.

The guest preacher chose the Noah story from Genesis 6-8 for his sermon.  My friend said, “He informed the church that he does not believe that story.  He said it was impossible for Noah to have carried food on the ark for all those animals for a period of 90 days. And imagine the waste those animals would have produced!”

“He said the story was made up by old men to teach people that God punishes those who do not obey Him.”

One wonders what conditions prompted the leadership of that church to invite the enemy to fill the pulpit.  That is precisely what they did and it’s who he was.  Anyone undermining the faith of the Lord’s people in the Holy Scriptures is no friend.

On the other hand, let’s give the guy the benefit of the doubt and suppose that he was having trouble reconciling that story with what he knows about life.  Most of us have been there and done that with various teachings of Scripture. At one time or other, we have struggled with the Virgin Birth, the miracles our Lord performed (or other miracles throughout the Bible), the Atonement, and of course, the “biggie,” the resurrection of our Lord.

Actually, the Lord does not mind our wrestling with these matters.  He who is The Truth has nothing to fear from honest inquiry.

But that’s not the point.

God can use such struggles to strengthen us as we work through the doubts to arrive at solid answers. In my own life, areas which used to torment me now comprise some of my strongest convictions. From what friends say, that’s fairly normal.

However, when the minister is struggling with doubts and questions, let him keep it to himself.  Better yet, let him share with a few close friends and mentors who can assist him as he digs his way out of the hole of despondency.

Whatever you do, shepherd of the Lord’s flock, do not preach your doubts.

Do not stand before the congregation and tell the people “I have doubts about this,” “This is a contradiction with (such-and-such) and I cannot reconcile them,” or “Surely this did not happen the way the Scripture presents it.”

But let’s say you do.  Call it being “transparent” or “intellectually honest” (give me a break!) or whatever you choose to tag it.

Suppose you do confess to the congregation the issues you are dealing with, but then later you find where you were wrong and get straight on these things. What are you to do then?

How can you undo the damage?

Retracing your steps and apologizing to the people you misinformed and caused to stumble along the way is out of the question.

You can never reassemble that congregation.

Over my lifetime, I have questioned various teachings in God’s word and then received answers and assurances. As a young minister, I doubted the resurrection and then later became convinced of the “many infallible proofs” of Acts 1:3.  At one time or another, I have doubted many basic doctrines and tenets of the Christian faith, but as I continued seeking and praying, studying and listening to the Lord, almost every question has received a divine settling.

What if I had spoken of my doubts and questions?

“Oh, I must be honest with my people,” some pastor says.  In his sermons he tells them the Bible stories of which he has doubts, the doctrines which he questions, and the promises of God which he disbelieves. He calls this transparency.

Such a preacher is an egotist of the first order.

He thinks his assignment is to preach himself.

A minister who preaches his questions and peddles his doubts has no business in any pulpit in the land.  As he sows doubt and not faith, gives questions but offers no answers, he is a troublemaker and not a friend. He is the equivalent of a medical doctor who enters a plaque-riddled village to announce that the vaccine being offered by the missionary doctors is flawed.  Unless he has something better to offer, let him go home.

Preachers and teachers who plant doubts and encourage unbelief will stand before a holy God and give account for the damage done to hearers, as well as outsiders whom they influence. Unbelief can be passed on just as surely as faith can.

“Let not many of you become teachers, my brethren, knowing that as such we shall incur a stricter judgment” (James 3:1).

As faithful shepherds of the Lord’s people, let us speak faith to them and not our fears. Let us guide them to safety and not push them further into lostness and deeper darkness.

Sheep are skittish enough from feeding off one another’s fears. Shepherds should lead them in paths of righteousness to green pastures and still waters.  When he is no longer able to do this for whatever reason, let the appointed shepherd hand over the care and feeding of the flock to one who will be loyal and faithful.

“I solemnly charge you in the presence of God and of Christ Jesus, who is to judge the living and the dead…preach the word” (2 Timothy 4:1-2).