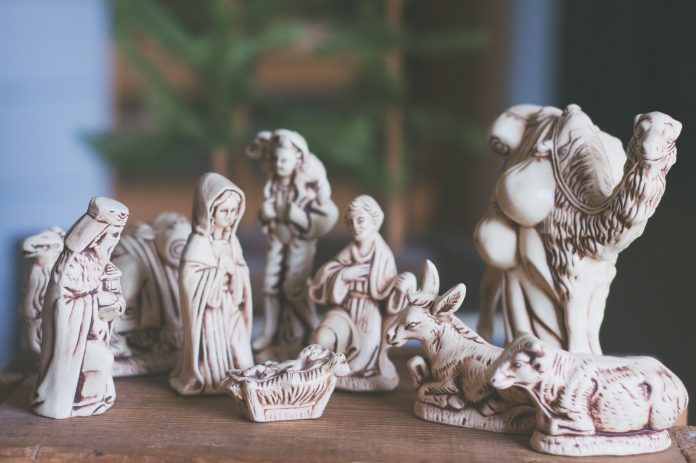 Leadership is a little like life. There’s a picture in your head of how things will go, and then there’s how they actually go.

The same is true when it comes to church growth.

As we’ve shared on my new Church Pulse Weekly podcast with Barna President David Kinnaman, about half of all churches are experiencing some kind of attendance growth since moving services online.

While church growth has its share of critics, I’ve rarely met a church leader who didn’t want his or her church to grow. And ultimately, growth matters because people matter and the mission matters.

As churches move into a future hybrid of in-person services (as buildings reopen) and online services (most likely won’t abandon), the subject of church growth becomes even more complex.

That said, navigating growth is full of surprises; it’s always more complicated than you think it’s going to be.

The good news is that once you understand the unique dynamics of growth, you can handle the tensions of reaching more people far more effectively.

Here are 5 truths about church growth that surprise most leaders. At least each of them surprised me in my years in leadership as we grew from a handful of people to over 1000 and, subsequently, as my online audience has grown into the millions.

What’s fascinating is no one told me about any of this. As in nobody. Zero. So I’m sharing them with you. 🙂Church growth matters because people matter and the mission matters.CLICK TO TWEET

There’s something to be said for grit, hustle and determination.

But even hustle has its limits.

Guess where that led me as our church grew? It was a major contributing factor to my burnout a decade into ministry (I tell that story in detail, and offer practical help for people burning out, here).

This is a huge issue for leaders who pastor a church with physical attendances that hover(ed) around 150-300.

What used to be manageable isn’t. There are simply too many people to care for, too many events to attend, and too much responsibility for one person.

At some point, trying to do it all will, paradoxically, stunt your church’s growth, not fuel it.

At 200, the issue isn’t hustle anymore: it’s structural (see below).

You can’t out-hustle a flawed system. That’s true in person or online.

One of the major reasons growth can be so confusing and frustrating is that few leaders realize they’re running into structural issues.

Particularly, in the church, we deny that there even are structural issues at work, but there are.

Let’s offer an example anyone can relate to. Ever been to a local mechanic that’s so overwhelmed by the volume of work he’s facing that he can’t get your repair done until a week after he first promised?

Almost always, that’s a structural issue. Maybe he started his business after moonlighting, doing oil changes in his home garage for a few friends. That led him to start his business, and at first, he got all of his customers in and out in a day. Even transmissions only took him two days.

But because he was good, he got a reputation and more customers. And now, three years in, he’s completely overwhelmed, always late, exhausted and thinking about shutting down the business because he just can’t keep up.

The problem? He’s running the business as a one-man show, but he has enough work to keep three people busy full time.

It’s not a hustle issue. It’s a structural issue. He needs a new system.

And that’s what happens when your church starts to grow. What you used to be able to manage easily became a little more tricky. So you buckled down and worked a little harder and a little smarter.

Then, that stopped working so you worked even more hours.

Continue that and you’re exhausted all the time, less efficient, and out of ideas on what to do next.

Meanwhile, even though you keep attracting new people, you’re not really growing. Your attendance is stuck at 100, 150, 200, maybe 300. Pick a number.

You’ve got new people, but you don’t really have new growth.

That’s a structural issue. And if you’re ready to stop reading this post because you think God doesn’t do structure, read point 5 and come back.

3. PEOPLE WILL LEAVE IF YOU DON’T SOLVE STRUCTURAL ISSUES

So what happens if you ignore structural issues or pretend they don’t exist?

You lose. That’s what happens.

You already understand this. Back to our mechanic friend…if he’s a good guy and promises that you’ll get your car back on Wednesday, but doesn’t deliver because he’s overwhelmed, you’re frustrated.

But you like him, so you give him some grace. But Wednesday becomes Friday, and Friday becomes Monday, and soon you just drive over, pick up your car and take it to a place where it can get fixed the same day.

People behave the same way with your church.

If you don’t solve the structural issues, new people will leave. They feel like they’re a cog in your small but growing machine.

They want someone to engage them, but you’re overwhelmed and you haven’t trained up a team or equipped others to engage new people personally, so they shuffle out the back door, quietly.

As churches move back into buildings but also boost their online presence, that will create additional demand.

4. PEOPLE WILL ALSO LEAVE IF YOU SOLVE THEM

Remember that leadership is full of surprises?

Well, you think, if I solve the structural issues, no one will leave, right?

Chances are when you do solve structural issues and you stop being the one person show, doing everything yourself, the new people will stay. In fact, your church will likely grow faster than ever.

But that doesn’t mean everyone will stay.

Back to our mechanic. Say you were the mechanic’s neighbor. He used to do your oil changes on a dime and for a dime. Come home from work, drop it in his driveway, and minutes later you were on your way.

You cheered for him when he set up shop and again, you were in and out in a flash.

But now he’s solved his structural problems and he has a shop with five mechanics, and it’s just not the same anymore. Sure, they’re getting your car in and out fast, but you miss dealing directly with Joe.

Generally speaking, healthy people are fine with that. They’re excited for Joe and his growing business which is finally being run well.

Unhealthy people have a harder time with it. They think the world revolves around them, and they want Joe to revolve around them. So they leave.

Fix your structural issues, and some people may leave. That’s understandable.

So you need to decide who you’re going to lose: the people in your community who don’t know the love of Christ, or the church member who thinks the church revolves around him (or her).

As much as I hate losing anyone, I know what I’m doing.Church leaders, you need to decide who you’re going to lose: the people in your community who don’t know the love of Christ, or the church member who thinks the church revolves around him (or her).CLICK TO TWEET

I probably hear this more than any other criticism of people who do what I do: help church leaders think through the leadership issues.

God absolutely does systems. He created them.

Look at the universe. It appears to have some order, structure, and intelligence behind it. Apparently, God likes systems.

Moses was wearing himself out and the people of Israel out leading the entire nation single-handedly. Jethro, Moses’ father-in-law, suggested a new structure that solved the spiritual problem of an exhausted Moses and a frustrated Israel.

Jesus intentionally organized his followers into groups of 70, 12, 3 and 1 so that when he was no longer with them physically, God’s purposes could be accomplished.

And the early church ran into issues of growth and overwhelm, very much like Moses. They come up with a structural solution that furthers their spiritual purposes. As a result, far more people were reached.

As the church pivots toward digital and a new future, new structures and strategies will come with that.

If your issue is structural, why wouldn’t you deal with it?God absolutely does systems. He created them. Just look at the universe. Or just ask Moses, Jesus or ask the disciples. Structure is spiritual.CLICK TO TWEET

BREAK THE CRITICAL BARRIERS HOLDING YOU BACK

If you want to move past the critical growth barriers that are holding you back, I have some deeper practical help.

But the odds are, it’s not happening. And the thing is, you’re not alone. We live in an era where 94% of churches aren’t growing or aren’t growing as fast as their communities. Barely 1 out of 20 churches are effectively reaching their neighbors for Jesus. Despite how desperately our communities need to hear and engage with the good news about Jesus, many churches are lost when it comes to reaching a postmodern culture.

That’s why I put together the Church Growth Masterclass. It’s everything I wish I knew about church growth when I got into ministry more than 20 years ago.

I can’t make a church grow. You can’t make a church grow. Only God can do that. But I believe you can position your church to grow. You can knock down the barriers that keep you from growing. You can eliminate the things that keep your church from growing and implement some strategies that will help you reach far more people. That’s what I’d love to help you do in the Church Growth Masterclass.

In the Church Growth Masterclass I’ll show you:

You can learn more and gain instant access to the course today.

WHAT SURPRISES HAVE YOU SEEN?

What surprises associated with growth have you seen as a leader?