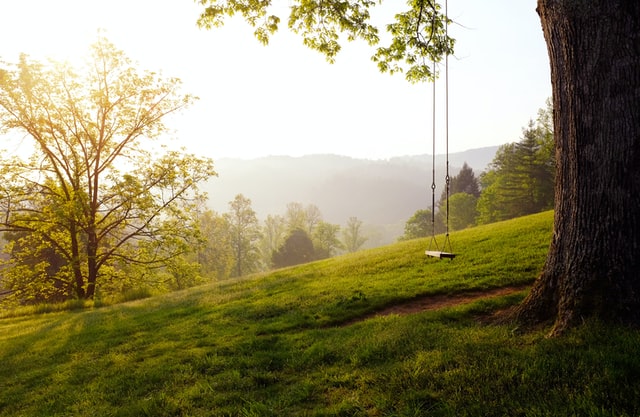 It’s not easy to see God’s side of your problem.

It’s too bad that so many things we have worried about were already worked out in God’s plan.

Jim Collins wrote a great leadership perspective about the difference in a “mirror” and a “window.”  Some leaders look in the mirror to take credit and the window to assign blame.

I think of those two pieces of glass in a different way than he applies them.  In a crisis, I tend to see the mirror (appearance) while I should be seeing the window (reality).

Try These Tips To Revive Your Hope When All Seems Lost:

God has a plan that is working behind the scenes.

I remember being with Corrie Ten Boom in my first year out of college.  She spoke of her horrible experience in a German concentration camp. She held up a square piece of purple cloth, covered in random gold thread running all across the cloth.

“All of the pain that was happening to me seemed random and chaotic, like these gold threads,” she said.  Then, she turned the cloth around.  On the other side was embroidered a beautiful gold crown.  “This was how God was seeing my circumstances all the time.”

When I see nothing changing, it doesn’t mean God is not working.

“Behind the scenes” there are dynamics happening you can’t see.  Daniel waited and fasted for 21 days for an answer to prayer. When the angel finally appeared to him, he informed him that he had been detained for 21 days in battle with a spiritual principality over Persia.

Jesus said we ought to “Pray and not give up.”  TRUST is an inner relaxation that God has heard and that He is at work…even when you don’t see anything happening.

Appearances may have brought me to the wrong conclusions.

I often think of Jacob when his sons brought him the bloody coat of Joseph.  His mind told him, “A wild animal has eaten him.”  The reality was, however, his brothers had sprinkled that blood to deceive Jacob. Joseph was alive and on his way to Egypt.

Don’t put stock only in what people others say about your problem.   Keep your eyes on God’s promises, even when what you see seems to prove the opposite.   Years later, Jacob stood before his “dead” son who in reality had become the Prime Minister of Egypt!

The Bible is full of amazing “endings” to horrible “beginnings.”  It seems that God specializes in helping hopeless people so that He will receive more glory!

You may be a prime candidate for God’s glory in “His-story.”

Back away from the “mirror” and look out the “window.”  God is out there, working on your behalf.

THE STORY IS NOT OVER.  IN FACT, IT’S NOT OVER UNTIL YOU WIN.