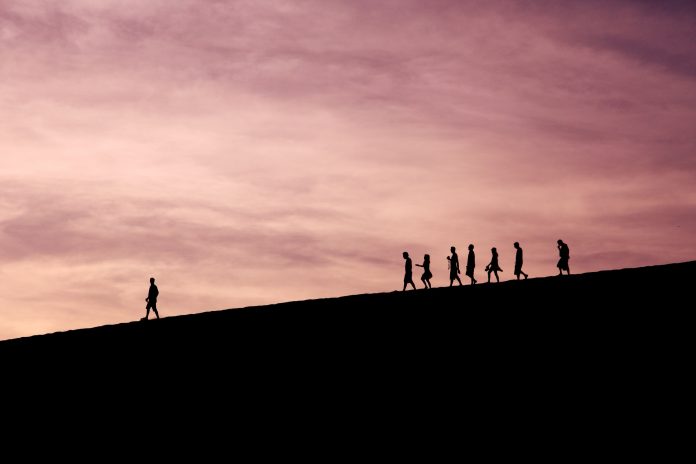 As churches grow and more leaders are added to the team, it’s not long before confusion sets in around who gets to make what decisions.

After working with over 25 churches across the country this past year, I realized there is a common challenge that growing churches face. It’s a challenge that frustrates leaders, slows progress in critical areas, and causes an undercurrent of strain between teammates. This challenge is lack of clarity around decision making.

When churches are small, and there are a few leaders who lead the church, it’s pretty clear who makes what calls. But as churches grow and more leaders are added to the team, it’s not long before confusion sets in around who gets to make what decisions. Often all decisions start to feel like we need to have total consensus to move on anything. Did I mention frustration sets in?

The fog lifted for me a few years ago. On a team retreat, our lead team had the privilege of working with Jim Dethmer, Co-Founder of Conscious Leadership Group.

He walked us through an exercise called Decision Rights. He said before a decision can be made, the team has to first decide how the decision will be made. Who holds the decision rights“CLICK TO TWEET

The chart below illustrates the 7 ways decisions can be made. The two variables to keep in mind are the amount of time it takes to make a decision and the level of buy-in it generates.

This is the quickest way to make a decision because no other input is required in the decision making. A leader is simply appointed to make the decision. Buy-in is often very low at this level.

A leader is appointed to make the decision, but is also instructed to get input from others prior to making the decision. Because other voices are in the mix, there is an increased level of buy-in.

A small team, a sub-group, is tasked with making the decision.

The sub-group makes the decision after getting input from others.

Just like it sounds. Once options have been discussed, whichever option gets the most votes wins.

Consensus is reached once all team members involved in making the decision are no longer opposed or are neutral towards the option that’s been laid out.

Different from consensus, alignment requires that all team members are in total agreement that it’s the right decision.

Here’s a practical example of how this works.

Let’s say your church is out of space on Sunday morning. Your two services are full, and you know you need to launch a 3rd service in the fall. How will, and who will, make that decision?

Here are the options:

You appoint a leadership team member to make the call. It takes very little time to make the decision, but also creates very little buy-in. There will most likely be a lot pushback and complaining from all the team members that now must rally their teams to accommodate this decision.

You appoint a leader to make the decision, but require her to go and talk to the key ministry leaders that will be impacted by whatever decision is made. While not adding a lot of time in the decision-making process, the leader has more wisdom in making the best decision and a little more buy-in is created.

Same as above, but you add time and potential buy-in to the process by requiring them to get input from all of their team leads.

The leadership team brainstorms all of the options, narrow it to three, and then you take a vote. The option with the most votes wins. (By the way, Majority Vote can be good for a lunch decision like “Chipotle or Chick-fil-A” – but not much else.)

All of the options are vetted by the team and then each team member gets a vote – opposed, neutral, favorable. Our team did it this way. Once the options were narrowed down, and there appeared to be a leaning towards the best service time, we would do a rock-paper-scissors style vote. On the count of three, we would put each put out the number of fingers that represented our perspective.

Drawing from the last illustration, everyone on the team puts out 5 fingers. One 4 – and you do not have alignment.

3 Key Learnings as Our Team Adopted This Model:

Not every decision warrants consensus.

You can strive for consensus, but can also have a back-up plan.

In this example of adding a service time, you can shoot for consensus, but you also have to make the decision by a certain date in order to allow time for the teams to prepare for the change. The back-up plan, set up from the get-go says, “if we aren’t able to come to consensus by July 31, Jim’s going to decide (Leader Decides).”

Bringing clarity in advance to who is making the decision is freeing!

Everyone knows their role. Either you have no role in it so you don’t have to expend any energy on it. Or if you’re giving input, you can speak honestly and openly, and then your job is done. And if you have a vote, that’s clear as well.

Decision rights is one of the frequent frustrations we hear from pastors and church teams, which is one of the many challenges we address in our brand NEW online course.

If so, you’re not the only one.

We’ve been working on a brand new course—Unstuck Church Staff—to give pastors a self-paced training tool for learning the skills to:

AND, we created a bonus module to help you evaluate team shifts you need to make because of the disruption we’ve experienced during the coronavirus crisis and where your church is headed next.

I hope you’ll give this course a look.