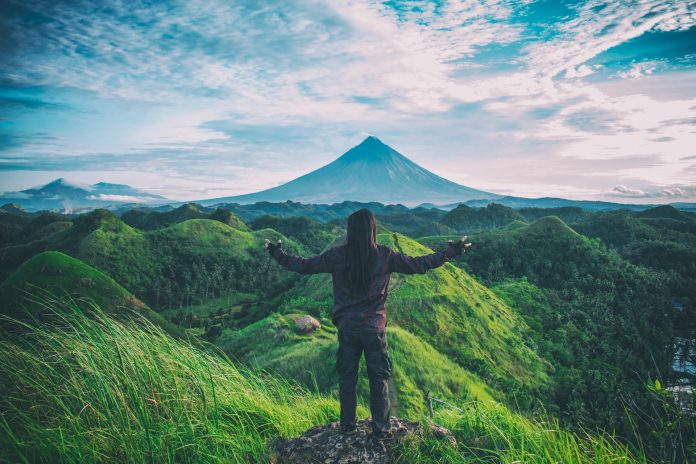 Following can be frightening. Our challenge isn’t necessarily in understanding what God tells us to do—it lies in how to do it. Most people desperately want to be on track with God but have no idea how.

Jesus gave what initially appeared to be a simple directive. Look at these two different versions of Matthew 16:24:

If anyone desires to come after Me, let him deny himself, and take up his cross, and follow Me. (NKJV)

And for more clarity:

Anyone who intends to come with Me has to let Me lead. You’re not in the driver’s seat; I am. Don’t run from suffering; embrace it. Follow Me and I’ll show you how. (The Message)

The directive is clear—deny yourself, take up your cross, and follow. Again, it is the “how to do so” that presents the challenge. Despite this hurdle, a simple answer suffices: Jesus leads; we follow—even if following is hard and doesn’t make sense. This is where self-denial is appropriated—when we want a map, but instead God weaves us a mystery.

This sojourn of faith develops something courageous in us. Set before each of us is an obstacle course full of great adventure and the surety that our Lord will not lead us on a path that He Himself has not paced. Whenever God calls us to something we haven’t seen or done before, it’s daunting. At times God leads us to follow an inclination or direction that no one has dreamed or treaded before—a place beyond the familiar.

All we have is a challenge and His invitation: “Will you follow Me, even if you’re afraid?”

With this concept in mind, let’s visit Lucy from the pages of Prince Caspian, the fourth book in the Narnia series, written by C.S. Lewis. As we join them, the children are exhausted, lost, and about to take yet another wrong turn when Lucy sees Aslan (symbolic of Jesus).

“Where? What?” asked everyone.

“The Lion,” said Lucy. “Aslan himself. Didn’t you see?” Her face had changed completely and her eyes shone.

“Do you really mean—?” began Peter.

“Where did you think you saw him?” asked Susan.

“Right up there between those mountain ashes. No, this side of the gorge. And up, not down. Just the opposite of the way you want to go. And he wanted us to go where he was—up there.”

“How do you know that was what he wanted?” asked Edmund.

The others just looked at each other in puzzled silence.

After Lucy tells her siblings the direction Aslan wants them to go, they question her. They not only doubt whether or not she has seen Aslan; they wonder why he appeared to her. They decide to vote whether to follow Lucy and her Lion or take a more direct route. Lucy loses, and the children turn and take another path. She follows the group, crying as they pursue an opposite course.

I think we all know how Lucy felt. When you have a God moment that others don’t see or understand, there will be questions. They’ll want to know why you were shown something they missed. It’s awful to be misunderstood and then be led in the wrong direction. It feels horrible when those around you don’t value your God-given insight.

At one time or another, we have all found ourselves in a similar predicament. You had a God-inclination to go one way and pressure from peers or family to pursue another. Maybe you were tempted to compromise your faith or morals by just going with the pack and remaining quiet. Perhaps you were unwilling to tread upon unfamiliar terrain. Regardless of pressure, we must stay true to the God-whisper—that knowing we sense that others miss.

Jesus never promised following Him will be easy—it’s frightening! It’s common to feel as if you are walking alone through challenging situations. But in actuality, Someone hidden yet powerful is walking ahead of you, leading the way.