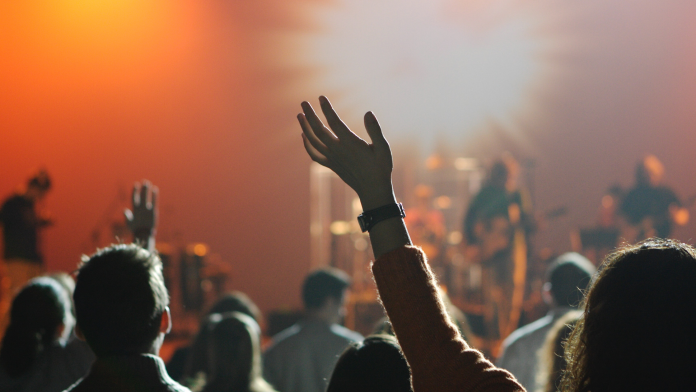 As a young pastor in training, I heard my father-in-law, the late John Osteen tell an interesting story.  He described a worship service that one of the church businessmen brought his attorney friend to.

The businessman was concerned that the worship might be a little too exuberant for this dignified attorney.  And sure enough the person who worshipped beside them was very expressive though extremely sincere.  The man was certain that this attorney would be uncomfortable and slightly turned off by this undignified worship.

However, his friend’s comment following the service really surprised him.  The attorney said, please tell me what motivated that man to offer God such passionate praise.  If I thought a relationship with God would bring me a reason to praise God like that, then I would be interested in becoming a Christian.

As a young man raised in a traditional church, my father-in-law’s story both intrigued and inspired me.  I knew I wanted to build an authentic church one day that reached mainstream America well.  I wanted the church I pastored to be popular among the unchurched, convincing everyday people to open their hearts to God’s presence and power.

And I knew how skeptical they were.  After all, I was one of them just seven years earlier.

At the same time, I knew the answer to their skepticism needed to be more than theological it had to be experiential too.  And I knew according to Ephesians 3:20 that Paul taught God wanted to do immeasurably more than all we ask or imagine according to His power that is at work in us.

How do we bring everyday people into an authentic relationship with God that inspires passionate praise?  In our smaller city, we have found success focusing on two simple concepts:

We like to say at Faith Family that “we hope to be the perfect church for people who aren’t.”  We want to make it clear to people that God really doesn’t demand righteousness of us, rather He develops it within us for our own good.

Jesus described God as a wise and merciful Father with arms open wide.  But so many in our society don’t see Him that way.  Instead, they see Him as the God who points an accusing finger at their weakness.

Let me tell you the story of a precious lady in our church named Sylvia.  She came to our church fifteen years ago in her late twenties.  All we could tell about her initially was she was an attractive, single lady.

But behind closed doors, she lived with a broken heart.  Later she told me the only reason she stayed in our church the first year was because she loved learning the life enhancing truths.  She never planned on living fully devoted to God like so many in our church though.  After all, she was a lesbian and figured God was upset with her not in love with her.

As she sat in church that year, something changed in her heart.  She understood that God is a loving Father.  In addition, she observed the loving husbands and fathers in our church so beloved by their families.  I wept as she explained to me how in her prayer closet one day, she asked God to help her come out of the closet and into His arms.  She asked Him to help her become a happy wife and mother.  And that is what she is today, a happy wife and mother of three passionately praising God among us.

In addition, she is a leader in our local church.  She was helped many people receive healing in their hearts from the pain of a troubled past.  And she is known for her ability to repair and rebuild people who are seeking the rewarding life available in God.

As I watch her worshipping in our congregation, I rejoice in the heart of Father God who didn’t say to Adam following his sin “what have you done?”, but rather “where are you?”  God knew glorious redemptive blessings follow the understanding that He wants to construct people, not condemn them.  Let’s help our world know it!