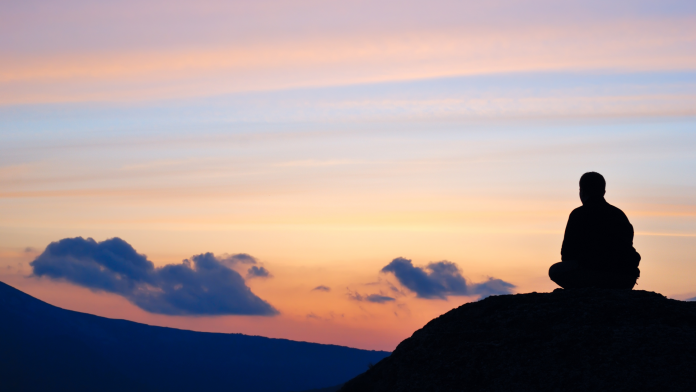 Adam Muhtaseb (MDiv, Southeastern Baptist Theological Seminary) is the founding pastor of Redemption City Church in Baltimore, Maryland. He and his wife, Sherrie, have three sons. You can follow him on Twitter.

Something Ray Ortlund once said that always stood out to me is this: “you have a choice in ministry. You can be impressive, or you can be known. But you can’t have both. Choose.”

The temptation to be impressive in your vocational field is strong for many people. But for us young and ambitious planters who haven’t been at it long enough to be proven as legitimate leaders who can initiate a church-planting movement in our city, this one hits even stronger.

The longer I’m in ministry, the more I understand what Ray was saying. The more we attempt to be impressive, the less we are known. Like me, you probably weren’t pastoring long before you realized how impressively unimpressive you are. I’m insufficient for the daily, sometimes even hourly, pressures and challenges of leading a church. I’m not enough. And that’s OK.

Not Alone in Our Not Enough

Arguably the greatest church planter of all time said the same thing. The apostle Paul told the church in Philippi that all the reasons he had for thinking of himself as impressive were rubbish. The only thing that counted to Paul, his primary ambition, was to know Jesus and become more like him.

He says, “Not that I have already obtained this or am already perfect . . .” (Phil. 3:12). You could translate this, “It’s not like I’ve already arrived. I’ve still got a lot of running to do.” I find this really encouraging. It’s easier for me to believe I’m more helpful to God as the chief of staff than as the chief of sinners.CLICK TO TWEET

If the guy who wrote 13 books in the New Testament, had a trail of church plants he started from Asia to Europe, had been to the third heavens and saw glories he was forbidden to speak of . . . if the apostle Paul can say, “I haven’t arrived yet,” can’t you and I?

The Cross Confirms Our Not Enough

I grew up a Muslim, and the culture of Islam is the opposite of this sentiment. Opposite of the gospel. Islam says: hide your flaws and emphasize your achievements because the way to heaven is by being holier than everyone else. Islam is like the Hunger Games of holiness.

But Christianity is unlike any other world religion. The cross of Christ has judged me more pervasively and accurately than anyone else ever could. If the cross says anything, it says, “You are not enough! This is what it costs to make you enough.” You can’t do it; you don’t have it in you.

But the cross also declares our righteousness by grace through faith in God’s Son. The cross reminds us that Jesus loves us, and at great cost to himself, gave up his life for us. And his perfect holiness comes, from outside of us, and perfects us.

The cross condemns us far worse than anyone else ever could and yet simultaneously justifies us more than anything else we could ever do. That’s why Paul can refer to himself as the chief of sinners (1 Tim. 1:15). That’s why he writes, “Not that I have already obtained this, or am already perfect” in eternal Scripture, for everyone throughout time to hear because, unlike Islam, our salvation is not based on our sanctification, but on our justification. It’s about Christ’s gift, not our gifting.

The Gospel Declares Only Jesus Is Enough

It’s that simple. It’s so unbelievable it’s often unbelieved. And somewhere along the way, even in ministry, we tend to stop believing it. It’s easier for me to believe I’m more helpful to God as the chief of staff than as the chief of sinners. Maybe the greatest gift I can give the people I lead is my “not good enough,” so they can see illustrated in my life, that only Jesus is.

To say, “I need help,” or “I don’t know,” or “I need to grow in this area” isn’t a threat to our effectiveness or our leadership; it’s simply reiterating the same foundational truth that saved us. And the way we mature in Christianity is the same way we get in: humbly embracing our imperfections and throwing ourselves on Christ’s mercy. Maybe the greatest gift I can give the people I lead is my “not good enough,” so they can see illustrated in my life, that only Jesus is.CLICK TO TWEET

Pastors, it’s OK for us not to be enough. We were never meant to be. And we’re surrounded by others who need to hear this and be introduced to the One who is enough for us all. As those entrusted with his gospel, let’s plant churches that chase after the weary and lost in our communities with this good news. Let’s glory in being known and loved by the God of all creation. Let’s leave being impressive to God.