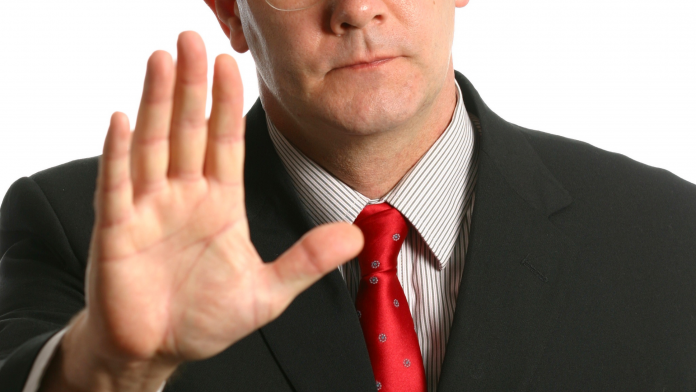 Make a list of critics in your ministry that you currently avoid and with whom you need to (re) connect. Pray that they will respond to your initiatives to reach out. Ask the Lord to give you the courage to act. And determine the best way to reach each individual. Should you schedule a breakfast or lunch with him? If you do, be sure to communicate that you don’t have an agenda but that you simply want to connect. Or should you seek her out after a church service to chat? Perhaps you should perform a simple act of kindness.

I once dealt with a leader who would often cast a wary eye toward me. It seemed that I could never meet his expectations. He rarely affirmed me, and although he was not necessarily an open critic, his emotional field around me was seldom an attracting one. I knew his wife enjoyed gardening, and loved unique gardening tools. I saw an interesting hand tool in a flight magazine on a plane trip, so I ordered it for her. A few days after she got it, this leader gave me one of the few compliments I ever got from him; he thanked me for my thoughtfulness toward his wife and seemed truly appreciative. That small act of kindness helped keep me connected to this critic.

As you increase the frequency of contact with your critics, you will build trust. Someone once said, “Trust is a peculiar resource; it is built rather than depleted by use.” One final thought: some critics are so caustic that you need to keep your distance. Remember, you don’t need to maintain contact with every critic. Use your judgment.

Leverage the power of story.

Learn to share your story regularly with others. Let your critics know who you are and what makes you tick. That doesn’t mean you must share every intimate detail. Rather, open your heart to let others in. Be vulnerable to them. At the same time, learn your critic’s stories as well. In a non­intrusive way, express curiosity about his life and his story without overdoing it with questions. God may give you a broader perspective and insight to what fuels his criticism.

Put yourself in your critic’s shoes. Instead of mentally tagging her with a negative description, reframe your self-talk. Ask yourself, “I wonder why Jill acts likes she does. I wonder what she brings from her past that could be fueling her criticism.” Adopt a learning mindset rather than a judging one.

One way to share your story is through passion. I’m an introvert, and although I have good people skills, I’m not a party person. If given a choice, I’d rather read, be in a quiet place, connect one on one and stay out of the limelight. When on stage, though, I communicate passion. But I’ve realized that in day-to-day encounters, my introverted personality can sometimes convey to others that I lack passion, especially to extroverted leaders. When trying to connect with extroverted leaders, sometimes I’ve tried to force passion, which unfortunately can come across as emotional reactivity. I’m now learning to communicate more of my heart and passion through story, while staying true to how God created me. I now share more of my life when I preach and when I lead meetings. So, if you’re an introvert like me, you’ll probably have to work harder to communicate passion than if you’re an extrovert.

When someone criticizes you, learn to become more aware of both your internal and your external responses. Although we should never let others crush us with unhealthy criticism, when we listen with an open heart to constructive feedback, the critic’s anxiety often lessens. The Bible says, “You can trust a friend who corrects you” (Prov 27: 6 CEV).

Our body language, facial expressions and eye contact can make things either worse or better. Neuroscientists have discovered something called mirror neurons. This part of our brain sub­consciously mimics what we see in others. If your critic sees a relaxed, caring persona or a smile, this subconsciously encourages him to mirror you. The writer of Proverbs understood this principle long before neuroscientists did, wisely noting, “A gentle answer turns away wrath, but a harsh word stirs up anger” (Prov 15: 1)

To strengthen self-awareness, try to listen to others without mentally framing your response. Catch yourself if you begin to form a response in your mind while your critic is still talking. Ask clarifying questions so you can see your critic’s viewpoint. Toward the end of such a conversation, ask the person, “Is there anything else?” Then thank him for giving you feedback, even though you may disagree. If the conversation warrants a later response, tell him you’d like to think about what he said and get back with him later. And don’t forget to do so.

Keep your critics in the loop.

Don’t keep significant critics in the dark. Where appropriate, include them when you make decisions. “Explain your decisions. Don’t just make them.” (Bradbury and Greaves, Emotional Intelligence 2.0, Kindle loc. 1886.)  Explain the why behind your decisions, and acknowledge the impact they may have on others. In doing do, you are subtly engaging critics in the decision process. At the same time, acknowledge your critic’s emotions when you make a decision about which he may have disagreed.

If you make a decision contrary to his wishes and you sense he’s angry with you because he avoids you at church or through some other behavior, a simple call to check in could make huge deposits into that relationship. A conversation might go like this: “Jim, I sense your concern about the decision I made. I respect you and don’t want our relationship to suffer because of it. Would you like to talk about it sometime?” One caveat though. Don’t allow inappropriate behavior. Staying connected does not preclude biblical confrontation if your critic becomes divisive or begins to hinder the ministry. Staying connected involves both calm and courage.

Provide a face-saving “out” if necessary.

If possible, avoid putting your critic into a situation where he loses face in front of others. I once came across so strong to a critic in a meeting that the only way he could save face was to power up and react, which he did. From that point on, our emotionality hijacked our meeting. Scipio, a Roman general, understood this principle. He “advised giving opponents a ‘Golden Bridge,’ an avenue of retreat, arguing that an enemy with no way out will fight with unprecedented ferocity.” (Perkins, Leading on the Edge, p. 111.)

How do you feel about staying connected to your critics? What has helped you manage relationships with critics?