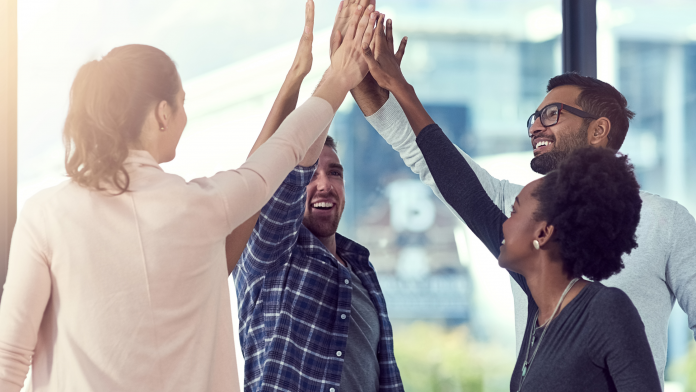 You probably remember the predictions back in the Spring of 2020: As soon as churches reopened for in-person worship service again, people would flood back into church, high-fiving people, and embracing friends they hadn’t seen in weeks or months.

Then the lockdown went from weeks to months and, in some cases, to a year or longer.

As churches reopened in a slow, regional, checkerboard pattern across the US and eventually around the world, the Great Return didn’t happen.

If they’re not coming back now, you told yourself, then people will come back:

When the mask mandate is lifted

When most people are vaccinated

After the summer break

When ALL the restrictions are lifted

Once the kids are back in school full time

And now, almost three full years into the pandemic, the slow realization is finally happening.

The Great Return to church has become the Great Realization: Maybe they’re not coming back. Not now, not tomorrow, not ever.

Sure, some people left angrily because you said something/didn’t say something/said the wrong thing about COVID/vaccines/masks/racism/ politics/climate change. But that doesn’t explain the steep drop we’re seeing, It’s deeper than that.

As depressing as that sounds, this isn’t designed to be a depressing post.

First, we’ll look at three reasons the Great Return isn’t happening, and then, we’ll look at what to do about it and how to build a stronger future out of it.

1. The pandemic Accelerated the Paths of Attenders,  Members, and Engagers

For years now, church attendance has been on a downward slide in America and other Western nations.

Pre-COVID in growing, plateaued, and declining churches, you could break down people who were part of your church into two primary categories:

Think of members and attenders as just that: people who joined your church and/or people who attended but rarely moved beyond that.

Think of engagers on the other hand as, well, members and attenders who engaged in a way far beyond church attendance.

Engagement can happen in many ways, but it usually showed up in four ways in engagers: people who served, gave, were part of a community group and who invited their friends.  If they were four for four, they were deeply engaged, and ultimately, if you had a healthy church, they were also transformed.

During the pandemic, however, new habits were formed. The longer the lockdown lasted, the deeper the habits.

This is not entirely a bad thing. For years now, I’ve argued that the best way to grow church attendance is not to focus on attendance, but engagement.

Christians who are engaged with the mission are, after all,  far more likely to attend church. Disengaged people aren’t.

Engagement is also critical to discipleship. Jesus never said ‘attend me’. He said ‘follow me.”

This leads us to the second reason the people who aren’t back are unlikely to ever come back.Christians who are engaged with the mission are, after all,  far more likely to attend church. Disengaged people aren’t.CLICK TO TWEET

2. Post-Christian Culture is Quickly Accelerating Further Growth of the Nones and the Dones.

While data collected over the next few years will show whether this is accurate or not, my hunch is many church attenders and members in the years leading up to COVID were nominal Christians. They showed up and believed, but barely.

Which means many former occasional attendees and inactive members would now likely identify with the Nones and Dones—people who would say they have no religious affiliation or are simply done with church.

The new Nones and Dones may be too polite to say it right now (at least to your face), but the quiet exit is speaking volumes we’ll be able to trace out with greater certainty years down the road.

These first two reasons suggest an exit, but the third confirms it in my mind.

3. Shifting Logic Almost Always Suggests Something Else is Going On

By now you’ve probably heard 3-5 reasons why people who haven’t been back aren’t back—all from the same person.

First conversation after reopening
I’m just not comfortable coming back to church until the vaccines are available.

The following month
Well  sure, now I’m vaccinated, but I just don’t like wearing masks.

Month after
Yes, the mask mandates are gone, but we’re just not comfortable with our kids being exposed right now.

A few weeks later
Well we haven’t travelled in a bit so we’ll be away for a while.

Last conversation
I’m sure we’ll be back, we just don’t know when.

Meanwhile, on social, you see the same person at football games and house parties, and restaurants every week.

Whenever you see shifting logic, it’s pretty clear they’re not telling you the truth.

And it’s hard to build the future on a group of people who won’t tell you the truth.

Call them out? Argue with them? Call their bluff?

Nope, there’s no point. They’re being too nice to tell you they’ve left. In fact, some of them may not even be aware at the conscious level that they’ve left.

But for all intents and purposes, they’re gone.

And now that you’re entering the Great Realization, where does that leave you?

Starting over with who’s left.

Ready for some good news?

The future isn’t as bleak as it seems. You have a new church. It’s just time to meet them and mobilize them.

Here are three things you can do to help everyone who’s left move forward.

Sure, half your volunteers didn’t come back. But some of them did.

Some of your donors bailed. But not all of them. And some people left, but others are inviting new people regularly.

We’ve all been at parties where the person we’re talking to keeps looking past us to see if so and so has arrived, and you and I both know that feels terrible. Don’t be that leader.

Focus on who’s with you, not who left.

Get to know them better. Celebrate them. Disciple them. Encourage them.

Engage the people who have engaged with your mission. Make them feel special because they are.

And get on with the mission. That’s why they stuck around. Get moving.

You’ve also got a crew of attendees who are not yet engaged. They’re back, but they’re back at the attendance level, which these days, is saying something.

Help them take a step. Talk to your remaining congregation about moving beyond attendance and help them engage.

Baptize people who need to be baptized.

Get people connected into community, into serving, inviting their friends, and giving.

Not to over-spiritualize this, but by the time Jesus died, most people had deserted him. The church started with 11 remaining disciples and a room full of people who didn’t leave. And that small group was the genesis of the movement that turned the world upside down.

Engaged people are passionate people. They know what the mission is, they serve in it, and they live it out.

They’re passionate enough about it to invite their friends.

Over the long-term in a church, you can accomplish more with 300 engaged Christians than with 3000 disengaged attendees.

The disengaged group will dwindle. The 300 engaged Christians will advance the mission and never stay the same.

Yes, only God can bring growth. But he uses people who are engaged to do it.Over the long-term in a church, you can accomplish more with 300 engaged Christians than with 3000 disengaged attendees.CLICK TO TWEET

As a leader, it’s critical to grieve your losses.  Don’t skip over that part. There has been so much loss.

But there also comes a time when you must start celebrating who’s there and imagining a new future.

Now’s the time to get on with the mission. The past is gone, and the future is here.

You can keep waiting, or you can just get on with the most important work of the mission of the local church.

What you may or may not have realized is you have a new church. It’s likely not just a percentage of people who returned that are populating your ministry these days. You have new people too. Probably more than you think.

Almost every pastor I talk to, including small church pastors, talk about new people who have discovered their church via online church, social media, or googling churches in their community.

There are new people you can get to know. They’re there because they want to be there.  Don’t ignore that.

Your new attenders and yet-unengaged people who have stuck around are ready for one thing: To be discipled.

They came and have stuck around because they want something Christ and the church have to offer. Don’t hold back. Embrace it.

And as you make disciples, guess what will happen? You’ll make more new disciples.

If you start to move forward now, you’ll realize what could be rather than long for what was. Your people will sense the shift.

Church growth across North America is plateauing and, in a lot of cases, declining.

But, if that was truly the case, why are some churches experiencing unprecedented surges in attendance and visitors?