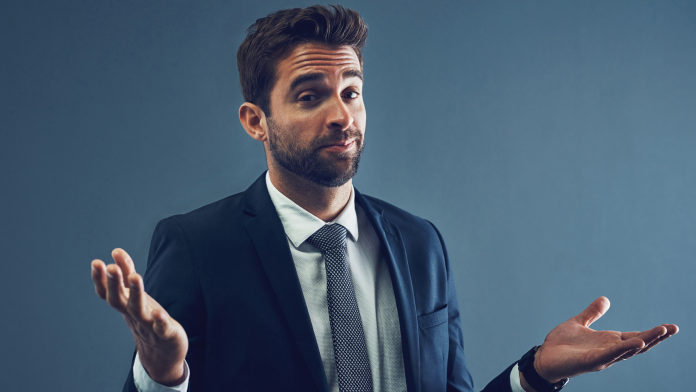 “Do not lie to one another, since you laid aside the old self with its evil practices” (Colossians 3:9).

Lying is unattractive in anyone, but almost unforgiveable in a pastor.  If anyone should set the standard for truth and righteousness, it’s the pastor.  And yet, some seem to have not gotten the word on that.

1. Do not lie to us about your resume.

If you say you went to school there or pastored that church, we want to believe you.  If you earned a degree, say what it was. If the degree was honorary, but not earned, say that also. What you must not do is give the impression you attended a school which you did not or served a church which you did not serve or possess a degree you don’t.

Why would anyone lie about their resume? Obviously, to enhance their prospects for a job. But any position acquired as a result of a falsehood is worthless in the long run.

Regularly, we hear of high-profile executives, educators, and coaches being caught for padding their resumes, for claiming degrees they did not have, for professing honors they did not earn.  Perhaps the most shameful is the man who claims to have been a war hero, who wears the uniform and sports the medals, but who, it turns out, is a consummate liar.

Tell us the truth, pastor.

2. Do not lie to us about your testimony.

I heard a certain pastor’s testimony on more than one occasion. It was so moving that when he went to Heaven, I paid tribute to him on these pages by telling his story.  Sometime later, his brother found the eulogy by googling his name, and called me. “You know there’s not a word of truth to it, don’t you?”

He said, “Oh, I know you wrote what he told you. But it’s all made up.  None of that stuff happened.”

He went on to tell me the “true facts,” if you will, of his brother’s testimony.

There are no words to describe my disappointment.

Why would a person lie about his testimony?  That question has nagged at me ever since. The only answer that makes sense is to enhance his impact in the congregation, to make himself seem to be more than he is. And how sad is that.

3. Do not lie to us about your ministry.

To our everlasting shame, the term “ministerial exaggeration” has a secure spot in our language.  If anyone should tell the unvarnished truth, it should be those disciples of Jesus Christ entrusted with the truth of God in the gospel of salvation.

A half-century ago, a well-known preacher began assembling a list of the largest churches in America.  Each year, those churches and others which “might” be in the running received a phone call asking for their latest numbers.  I actually took that call a couple of times myself.

The compilers of those statistics learned all too quickly that preachers can be adept at creative counting.  On Easter Sunday, perhaps they brought in a Hollywood celebrity and had 2,000 in attendance, in contrast to their usual 300.  But, check the preacher’s resume’ and all too often it will say “When Reverend Hotshot came to Hillshot Church, they were running 250 in attendance and are now running 2,000.”

Some pastors have been known to fudge on numbers when nothing is at stake, when telling the simple truth would have done just as well.

I once organized a conference for which we invited a professional to speak. We charged admission, so the actual number attending was not in doubt, something like 250 or so. But the guest speaker promptly put in his newsletter that we had packed in a thousand people for his seminar.  I wondered if he did not know that some of us read his newsletter and would catch that. The only conclusion that made sense is he did not care.

Do not lie to the church about where you went, how you spent your time, whom you saw, what was said, and the plans that were made.

All you have is your integrity, pastor. Lose that and you’re gone.

4. Don’t lie to us about finances.

If you turn in your mileage for reimbursement, make it accurate. When turning in expense receipts, make sure they are what they claim to be.  And if some of the items are questionable, err on the side of conservatism.

Ten years from now, you will have none of the money the church paid you for expenses. But if you can look back with a clear conscience and know you did right, that confidence is worth more than gold.

I once knew a pastor who served on a denominational board which required him to fly to a distant city several times a year, with the board covering all his expenses.  When the church leadership discovered that he had also been turning in those same expenses for the church to reimburse him, they quietly sent him on his way. They could abide the occasional boring sermon or uninspired leadership, but dishonesty in finances crossed the line.

He who is unfaithful about money can be counted on to transgress in other, bigger ways also (see Luke 16:10-12).

Give us pastors whose integrity is blameless.

Let us take seriously Christ’s honor, the people’s respect, and our personal integrity to the point that we always do the honorable thing.

May we who are called to shepherd the Lord’s people so live that if someone is looking for dirt to use against us, they will have to hire people to lie about us.

Stephen, full of grace and power, was performing great wonders and signs among the people. But some men…rose up and argued with Stephen. And yet, they were unable to cope with the wisdom and the Spirit with which he was speaking. Then they secretly induced men to say, ‘We have heard him speak blasphemous words against Moses and against God.’ And they stirred up the people…. And they put forward false witnesses…. (Acts 6:8-15).

Falsehood belongs to the attackers of the faith, not its citizens nor its defenders.

Let’s get this right, preachers. Everything depends on it.