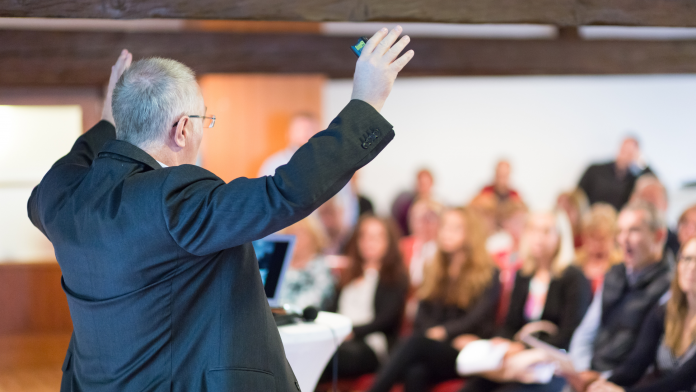 Pastor, if you are like the rest of us, you’ve had this happen….

You brought a sermon on an important scriptural passage which you knew beyond a doubt was from the Lord and inspired of God.  You had a great time studying and praying for this sermon, and you knew this was cutting edge stuff. So, why was the sermon itself so poorly received?  Halfway through, you could sense the congregation’s collective minds wandering.  How could this happen?

Clearly, the problem could be any of one thousand things. But if I may, I will share a strong conviction on the number one reason your excellent sermon was so poorly received.

You failed to lay the foundation for it.

That is, you preached the event without setting the stage and placing the context for it before the congregation.  For instance….

–You preach Matthew 1:18ff and Luke 1:26ff, the Mary and Joseph event.  This beloved story needs you to point out how the world had lain in darkness for centuries, with no word from God, no prophets appearing, no fresh revelation.  And then the angel Gabriel showed up.  Bingo!

–You preach John 1:14. “The word was made flesh and dwelt among us…”  The incarnation is the story of the ages, to be sure. But no one is going to appreciate “the people have seen a great light” until you first establish that they “sat in darkness.”  Tell us about the darkness, pastor. Tell us why earth needed a Savior.  For news to be “good news” (gospel), it must address the bad news.  So, what bad news was it sent to remedy?

–You preach Mark 1, the story of John the Baptist and the baptism of our Lord.  Until John began preaching, no prophetic voice had been heard for centuries.  Like raindrops falling on a harsh desert landscape, his words were life to the thirsty people. Meanwhile, the religious leaders were playing their games, building their careers, and manipulating the people. Into that chaos, Jesus came.

–You preach Acts 2, the story of Pentecost.  It’s a great story, one you could spend hours on.  But the account of God’s Spirit arriving to give light and power and direction to His people is pointless until you establish that at that point, the church was powerless and directionless and was still locking itself inside secret hideaways.  When the Spirit arrived in force, He blew the doors off the hinges and drove the people into the streets and empowered them with a fearlessness and purpose.

My wife and I bought a painting from an artist whose stuff we liked.  A couple of years later, we attended an exhibition where he was showing much richer, more detailed, more brilliant paintings. “What happened?” we asked.  He said, “Someone taught me to put the dark backgrounds in.  It has made all the difference.”

The riches of God’s Word shine more brilliantly when the teacher/preacher adds the background.