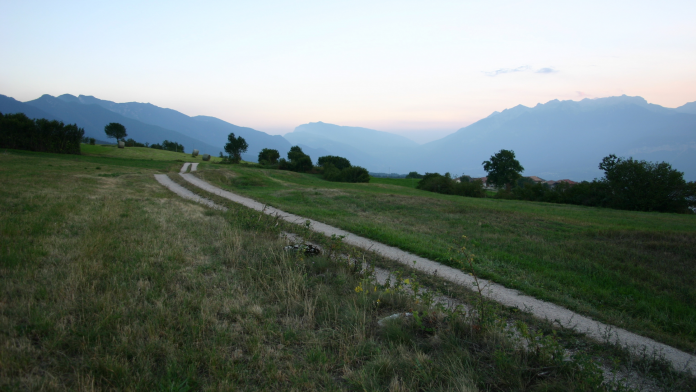 In her World War Two novel, His Majesty’s Hope, Susan Elia MacNeal tells of a German nurse, Elise, who learns that a Down syndrome child in her care was abruptly discharged and bused to some distant hospital where she was later reported to have died of pneumonia. Elise decided to look further into this suspicious matter.

Donning her nurse’s uniform, Elise boarded the next bus carting children to the hospital in question. All the children on board, she noticed, were blind, deaf, epileptic, retarded, and similarly handicapped. The nurse in charge seemed callous and uncaring, and administered a sedative to “help the children rest.”

At its destination, the bus was met by authorities who instructed the children to disrobe for a shower. Doctors examined the children, marking those with gold fillings in their mouths with a large X on their bodies. As they entered the shower room, a large metal door slammed behind them and latches were thrown. That’s when Elise realized what was happening.

The children were being gassed. Exterminated.

“You’ll get used to it,” said an orderly to the stunned Elise.

She ran outside the building and vomited on the grass.

Later, on the bus ride back into Berlin, Elisa asked the other nurse, the hardened one, “But what about the fifth commandment? ‘Thou shalt not kill’?”

“That’s no commandment of God’s–just a Jewish lie, meant to keep us weak,” she said. “We don’t need to follow it any more. Besides, it’s not killing, it’s euthanasia.”

Elise asked about the doctors who were killing the children.  If they refused, she was told, they would be sent to the Eastern Front and assigned to a suicide squad.

“Elise’s ears began to ring. She thought she might be losing her mind. She closed her eyes. ‘I will lift up mine eyes unto the hills,’ she prayed silently, ‘from whence coming my help. My help cometh from the Lord, which made heaven and earth….’”

“But where was God as the children…were being murdered? Elise wondered. She said Hail Mary after Hail Mary, and still received no answers. And felt nothing but horror and despair.”

“And then the thought hit her. What if God were asking the exact same thing? What if God is asking where are we?”

The Nazi’s deadly campaign against the handicapped, the deformed, and the retarded has been chronicled countless times over the decades since the 1930s and 1940s. It is no secret that they executed untold thousands of these helpless ones who were seen as a drag on society, a needless expense, a poison, a dead weight, an embarrassment.

Every culture, every society, every civilization has its share of citizens born with epilepsy, blindness, deafness, mental retardation, and deformities.  Nothing tells the story of that citizenry so much as how it responds to these needy ones and how they are treated.

Disciples of the Lord Jesus Christ are commanded to take special notice of the last, the least, and the lost, and to love them as they love the Lord, and even more, as Christ loves them.

The Nazi response was to eradicate them.

The way of the Lord–what the Nazis called “the Jewish lie”–is to bless these needy ones, to treat them as one would the Lord Jesus Christ Himself, to give them special treatment of the most loving kind.

A few Scriptures here, beginning in the Old Testament (with the, ahem, “Jewish lies”)–

“Is not this the fast which I choose (said the Lord)? To loosen the  bonds of wickedness, to undo the bands of the yoke, and to let the oppressed go free, and break every yoke? Is it not to divide your bread with the hungry, and to bring the homeless poor into the house; when you see the naked to cover him, and not to hide yourself from your own flesh?” (Isaiah 58:6-7)

“Did not your father (plead) the cause of the afflicted and the needy? Then it was well. Is not that what it means to know me, declares the Lord. But your eyes and your heart are intent only upon your own dishonest gain, and on shedding innocent blood, and practicing oppression and extortion.” (Jeremiah 22:15-17)

And the New Testament….

“Go and sell your possessions and give to the poor, and you will have treasures in heaven, and come follow me” (Matthew 19:21).

“But when you give a reception (or banquet), invite the poor, the crippled, the lame, the blind, and you will be blessed, since they do not have the means to repay you; for you will be repaid at the resurrection of the righteous” (Luke 14:13-14).

“But a certain Samaritan, who was on a journey, came upon (the victim of thieves, robbed and beaten and abandoned), and when he saw him, he felt compassion for him, and came to him and bandaged up his wounds, pouring oil and wine on them….” (Luke 10:30 ff.).

The question following Hurricane Katrina, the Moore Oklahoma tornado, the starving children of Biafra, or the abused children in your hometown is not “Where is God?” but rather…

The question is: “Where are we?”

A missionary to Central America tells how one cold, rainy Christmas Eve he was stopped at a traffic light amid the congestion of Christmas shoppers. He was used to seeing men and boys rush up to clean off his windshield in hopes of receiving a tip from drivers, but that night, he was startled when a small child, a girl of perhaps four or five years, began wiping off his headlights, since this was as high as she could reach.  In the cold rain, she was wearing a flimsy dress and little else. His heart broke. As the light changed, he quickly handed her some coins and drove away.

“Oh God,” he said, “do something about that child. Lord, she needs help! Do something.”

So clearly came the voice of the Lord to the heart of this godly man. “I did do something. I created you.”

Anyone can profess faith in God, and millions do it every day. But the evidence of that faith is in our treatment of the little ones. “My little children, let us not love in word or in tongue (only), but in deed and in truth” (I John 3:18).

The poor and needy, the hapless and the helpless, can be found in every city.

The question is whether you and I can be found.