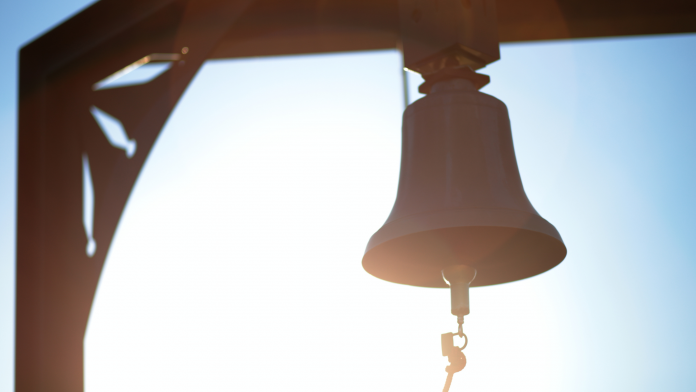 My first church was a megachurch of six people. The congregation was small in number, but it felt like a mega task to shepherd them. One of the first questions I asked of the lone deacon was, “What’s the deal with the old bell out front.”

On our first workday, the lone deacon handed me a paintbrush and gave me the honor of painting the bell red. Why red? I don’t know; perhaps it was the only color of paint the church had on hand.

Symbols are powerful. They add richness to routine. They inspire hope. Symbols arouse emotions more quickly than reasoning. Symbols elevate the “why” above the “what.” For instance, the American flag is more than just fabric. It means something. The dirt in the Middle East is more than a sand mixture. It represents something more.

Symbols reinforce culture. Some churches have a culture. Other churches are a culture. But culture exists in every church. Where culture is found, symbols are found. Some denominations have more formal symbols than others, but just about any Christian will recognize the cross, ichthus, or perhaps the chi-rho symbol. Even in a church that intentionally minimizes symbols, they exist. Choir robes, high-end technology, dim lights, the pulpit, and walking the aisle can all become symbols that reinforce culture. Pastors who neglect symbols will not understand the church culture as well as they should. Pastors who take the time to understand symbols will best know how to reinforce the good elements of church culture.

Symbols maintain balance. Strip away all the symbols, and your church becomes flavorless. Churches with too many symbols become confusing bastions of rigid traditionalism. Church leaders need to select and emphasize the symbols that inspire people to move in the right direction.

Symbols recast history. One of the inevitable effects of symbols is how they will continually reshape how people view history. The debate surrounding the Confederate Battle Flag serves as a controversial example. Symbols in your church will act as lenses through which people understand the past. An old portrait of a previous pastor, for example, may become the representation of an era of church history. Even if that pastor was an egomaniacal loon who lived 100 years ago, people may still cherish the portrait and use it to reshape the church’s history. Symbols help retell the church story, and that story may change over time.

Symbols are powerful, and the oddest of objects can become symbolic. The electric organ can be more than the largest musical instrument in your worship space. It can be a framework for doing church, represented by a giant box with pedals and buttons. A stool and table may represent more than just how a pastor presents a sermon. Symbols signal meaning—representing not just what the church does but also why. Astute church leaders will recognize the power of symbols and use them to move people in the right direction.