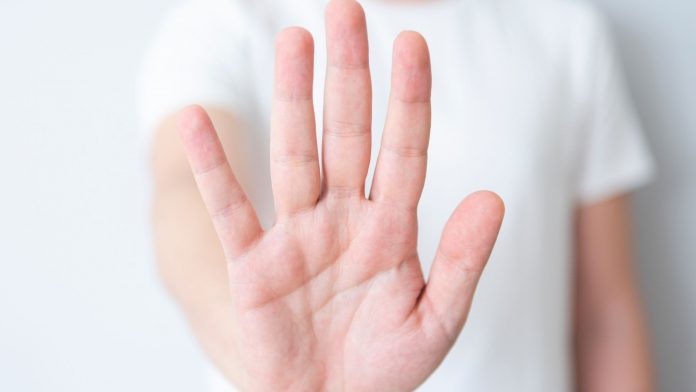 As a church leader, you’ve felt the expectations mount over the last few years.

You’ve found yourself weighing in on complicated issues for which you had pretty much zero training.

Epidemiology, opening and closing buildings according to public health guidelines, masking v. not masking, vaccines, deep political social divides, conspiracy theories, and ideological divisions are all things church leaders are expected to weigh in on and navigate.

All of this has been utterly exhausting. Because, as you know:

The unrealistic expectations on church leaders keep piling up, expectations that no human can fulfill, let alone a leader trained for ministry.

That phrase describes the challenge perfectly—the unrealistic expectations on church leaders keep piling up, expectations that no human can fulfill, let alone a leader trained for ministry. (I have an upcoming podcast episode with Glenn Packiam on this subject – you can subscribe to the podcast for free here).

No wonder 38% of pastors have seriously thought about leaving ministry altogether in the last year.

With the onset of a global pandemic and the cultural craziness we’ve been through, you couldn’t avoid much of it. Until now, that is.

While the expectations on church leaders are higher than they’ve ever been, they don’t need to be.

Not in every area. And certainly not in the most contentious areas.The unrealistic expectations on church leaders keep piling up, expectations that no human can fulfill, let alone one trained in ministry.CLICK TO TWEET

When the global crisis that was 2020 hit, it was impossible to avoid being pushed into decision making and even regular ‘pronouncements’. Those first few months of the pandemic were exceptionally disorienting, only to be immediately followed by one of the most politically tumultuous seasons – America in particular – has seen in decades.

But while the world is still unstable and likely will be for the foreseeable future, the dust is settling.

When you start to comb through the above list of subjects you’ve likely addressed with a tiny bit of hindsight—and the list is only a partial list of all the things you’ve been dealing with—you’ll realize that speaking into all of it wasn’t actually mandatory.

Sure, there’s a fog to war that blurred everyone’s judgment for a season, but the fog is lifting, and we can see more clearly.

To that end, continuing to feel compelled to play into a growing list of stacked expectations will eventually become counterproductive—both for you and for your the mission.

Some leaders feel pressured by their congregation, call-outs on social media, or voices in the culture to speak out on key topics. In the four areas outlined below (and perhaps more), that’s increasingly unwise and can actually sabotage your mission.

Other leaders feel an internal drive to speak out on all kinds of issues. After all, speaking out on issues can grow addictive if you’ve had a bit of traction challenging the governor, or if your church grew because you encouraged people to vote a certain way, or espousing the latest conspiracy theories about what’s “really going in” the world.

Anger, in particular, gets you heard. Even if you have nothing helpful to say.

But, as others have pointed out, it’s shocking how many self-appointed epidemiology experts on your social feed suddenly also turned out to be experts in constitutional law, race relations, global supply chains, geopolitics, and world wars.Anger gets you heard online. Even if you have nothing helpful to say.CLICK TO TWEET

Find Your Lane and Calling (Again)

The world sees too many pastors articulate strongly held (but often weakly formed) opinions, so they, perhaps wisely, run in the other direction.

Leaders who stick to their lane of expertise not only renew their calling, they renew their joy and their mission.

Face it, you’re not cracked up to be a commentator on everything. Neither am I.

There are almost two thousands posts on this website, remarkable more for what they’re not about than for what they are about. I have a few subjects I can speak into in a way that I trust is helpful for people, and far more I shouldn’t venture an opinion on. I have nothing helpful to add. I’ll only devalue the discussion.

I’m guessing you’re the same way.Leaders who stick to their lane of expertise not only renew their calling, they renew their joy and their mission.CLICK TO TWEET

And if you’re in ministry, your training prepared you far more for preaching and caring for people than it did pronouncements on Supreme Court nominations or nuclear proliferation. Sure, you likely have opinions on those things. But that’s what they are, opinions.

One of the main challenges facing the church right now is a credibility issue. The world sees too many pastors articulate strongly held (but often weakly formed) opinions, so they, perhaps wisely, run in the other direction.

But it also does damage to the leader. Not only does it take you away from the area that is theoretically your passion and gifting, but being outside your lane can lead to frustration, burnout, and a deeper anxiety. Workplace studies show that leaders who work in their areas of weakness burn out faster than those who operate in their strengths. I wonder if there’s a similar dynamic at work among leaders who decide to be experts in everything, or at least too many things.

Not only does potential congregational and social media backlash create anxiety, but there’s a personal drain that comes with never knowing how things will land.

If you operate in your areas of gifting and passion, there is both a deeper well of expertise to draw from and the likelihood of a greater chance that your message will resonate with your congregation and wider community.The world sees too many pastors articulate strongly held (but often weakly formed) opinions, so they, perhaps wisely, run in the other direction.CLICK TO TWEET

I’m not saying you should stick your head in the sand and ignore issues of justice or deep importance. But there are some areas that have a lot of downside and almost no upside.

Historically, the church and partisan politics have never mixed well. The loser, by the way, is always the church.

Historically, the church and partisan politics have never mixed well. The loser, by the way, is always the church.

The challenge is deep and broad when pastors become political.

First, if God has all the same opinions your political party does anyway, you’re probably not worshipping God.

Second, when you jump into partisan politics, you immediately alienate half of the people you’re trying to reach. Unless you’re only trying to reach conservatives or progressives (and if that’s the case, the issues are even more serious). The Biblical church has always been a home for all people, not just your group or people who hold ‘your values’.

The world needs the Gospel more than ever.

Authentic, grace-filled, hope-bearing Christ-followers are what our friends and neighbours need.

So go. The nation and the world needs so much more of that right now. Maybe that’s what you can bring with you today when you walk into the office, instead of a cynical diatribe. And, remember, the Gospel is forever, but politics are temporary.If God has all the same opinions your political party does, you’re probably not worshipping God.CLICK TO TWEET

2. The Ever-Changing News of the Day

We’ve touched on this already. The world needs genuine preaching far more than it does more self-taught pundits.

Besides, the news cycle is shorter than ever.

To be a constant commentator on whatever issue has peoples’ attention for the next twenty minutes is as exhausting as it is pointless.

I’m not saying ignore the news, but if you constantly reference it, you’re actually being less relevant than if you’re aware of the challenges people are facing and are able to speak a timeless word into that pain.

If you think about it, that’s what virtually all great writers who are read decades or centuries after their deaths do. They were definitely of their time, but not constantly writing about their time. They avoided making constant reference to current events and headlines of their moment.

Which, ironically, is why we read them today. Their words last because they tap into timeless truths that still speak to the nature of life and the human heart today.

The more current your references are, the more dated your writing and preaching becomes. Most people today aren’t reading anything about who won the Super Bowl in 1986 or how much it rained on July 14th 2003. Yet that’s how many preachers start off their messages (how about those Final Four?). Add politics and current events into the mix, and your messages become dated even more quickly.

Instead, speak what is timeless into what is timely.The more current your references are, the more dated your writing and preaching becomes.CLICK TO TWEET

The more you share, legitimize, or (worse) preach conspiracy theories, the faster your credibility crumbles. Especially in the eyes of the unchurched.

For some reason, as this thoughtful, highly perceptive post points out, Christians seem to be especially susceptible to conspiracy theories, all of which only perpetuates the stereotype that Christianity is anti-intellectual.

Nothing of course could be further from the truth about orthodox Christianity. But perpetuating conspiracy theories obscures that tradition more fully every year.Church leaders, the more you share, legitimize, or (worse) preach conspiracy theories, the faster your credibility crumbles. Especially in the eyes of the unchurched.CLICK TO TWEET

4. Anything That Triggers Your Mean Side

I have a mean side. As an Enneagram 8, my mean side has some game as well, and I’ve spent much of my adult life and faith journey trying to tame and surrender it.

I’m guessing you have a mean side too.

One of the most important things you can do in leadership and for your character development is to subdue it.

All that said, it’s still surprising to me that so many church leaders let their mean side show online.

The argument I often hear is that, “Well, that’s my personal social media account.”

No one else is making that distinction. As in nobody else.

Wherever you go, your character is showing. And it impacts everything you do.

I’ve learned that the best outlets for my mean side are prayer and a therapist’s office.

If you want to lead your congregation well and help people find faith for the first time, become a strong but steady non-anxious presence.

People need a source of calm in the storm, not an alarm that goes off randomly, unpredictably, and unhelpfully.

The result? We’ll have healthier pastors, healthier congregations, and the church will again do what the church is called to do.

Maybe, just maybe, those who don’t go to church will lean in.