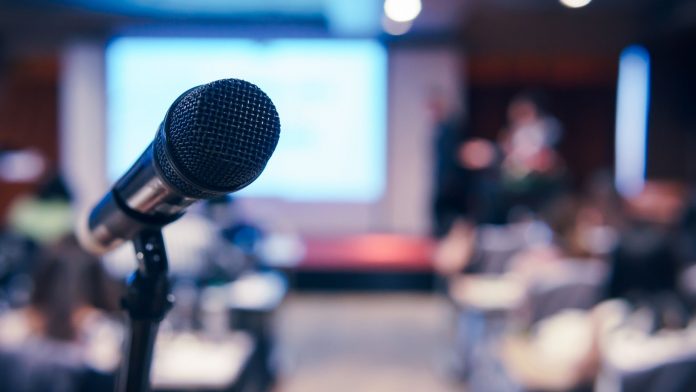 On a website devoted to professional speakers, the author gave advice about “that great killer story you love to tell,” and then “the heart-rending windup.”  I imagine every speaker wants one each of those in his messages.

“After you get your speech down pat and you’ve given it a number of times and feel you’re effective, it’s time to start working on speech number two.”

I laughed out loud.

These guys have one speech?  One???  And then, when all is going well, they add one more?

Pardon me while I sit down.

Do you know how often a pastor speaks? How many sermons of 20 to 30 minutes or more he gives every year?  If he speaks twice a week and accepts a few other invites along the way, that’s easily more than a hundred sermons in one year.

The professional speaker then dropped a second bomb.  “Sometimes you’ll find some guy on the circuit who says he can speak on anything!  He lists 25 subjects on which he’s capable.  But don’t be fooled,” he says.  “No one can do that.  This guy is claiming something no one can do and do it well.”

No one can speak effectively on 25 subjects?

But your pastor does it all the time.  And not just 25 subjects.  He has all the subjects.  All of life.  Nothing is off limits to him.

Okay.  Two different animals, professional speakers and preachers, right?  But you’d be amazed the pressure on the preacher to sound like the pro, and the perfectionism we put on ourselves when we don’t.

We are not professional speakers, however.  We are God-called proclaimers of the riches of the gospel.  We preach the Word.  We are not sent to entertain or charm, to captivate or thrill.

Now, I’m not against these professional speakers who make the circuit of chamber of commerce dinners and generate all the raves. I’ve enjoyed quite a few at these dinners.

What I am against is comparing our pastors with them unfavorably.

None of these speakers could do what your pastor does. None of them!

The pastor is a speaker, true, but not like these professionals who make their living with one or two talks.  They live in different worlds….

–The pastor is often rated according to his sermons, but he is far more than a sermonizer.  He is a shepherd, a physician, a teacher, an administrator, as well as a preacher.  And a whole lot more.

–No pastor hits a home run every time he steps up to the plate. Nor should he be expected to.

–Pastors have off days when the sermon seems dead on arrival.  You would too, if you had to do what he does.

–Pastors learn quickly to drop the perfectionism.  No one can do this perfectly every time. So, the smart ones cut themselves some slack.  (The joke is that pastors want to resign every Monday.  If so, it’s only those who have not come to terms with their own humanity and God’s sufficiency.)

–Speaking (preaching) is only one part of the pastor’s job.  Granted, it’s the major one.  They don’t call us preachers for nothing.  But the typical pastor spends much of his week in hospitals and homes, attending planning meetings, administering a church staff, dealing with problems of all types, and then, when he can, he studies for his sermons.

Like the public (professional) speaker, pastors appreciate a good ending that ties the sermon’s points together with a zing.  Wish I could do that with this article.  Oh well.