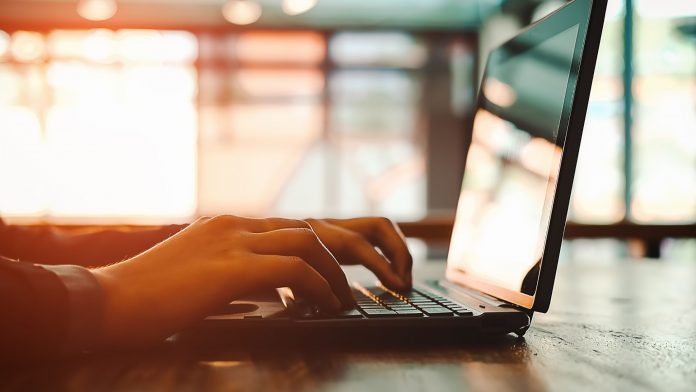 There’s a tension you’re probably feeling as a church leader when it comes to social media. No matter how many new followers you gain, it feels almost impossible to gain traction in your ministry.

Underneath it is a reality most leaders miss: Social media won’t grow your church the way you hoped.

Here are three reasons why.

1. Social Media Growth That Translates into Church Growth is the Exception (Not the Rule)

There are definitely pastors who had a social media breakthrough that grew their ministry.

Mike Todd, Lead Pastor of Transformation Church in Tulsa, is probably the best known example in the last five years. A message that when viral via Twitter (of all things) helped catapult his social media platform and rapidly grow his church from 400 to thousands in-person attenders (and hundreds of thousands online).

You can watch Mike tell the story in this interview I did with him. His personal Instagram following now tops 1.8 million. In 2017, it was in the hundreds.

So you’re probably thinking, “Well, maybe that will happen to me, right?”

Waiting for social media to grow your church is like waiting to win the lottery to fund your retirement. Even if it happens, the odds of blowing it are high.

Waiting for social media to grow your church is like waiting to win the lottery to fund your retirement. Even if it happens, the odds of blowing it are high.CLICK TO TWEET

Mike Todd is an exception to that rule. He happens to be an amazing leader who was ready when that momentum hit, and he had the team and structure in place to leverage the growth and do ministry at an entirely different level.

But he’s one of the rare exceptions to actually go viral and be able to leverage it. And the exception actually proves the rule.

Beyond Mike, you might be able to think of a handful of others who had a similar breakthrough (I can’t…but maybe you can).

Usually the opposite dynamic happens: A growing church produces a growing social media following, not the other way around.

If social media growth was a path to church growth, there would be a lot more growing churches.

If social media growth was a path to church growth, there would be a lot more growing churches.CLICK TO TWEET

2. Building a Church on Social Media is Like Building on a Digital Volcano

What most leaders miss (or are simply unaware of) is that the online world is divided into rented space and owned space.

Rented space is simply space owned by other companies and organizations. For example, every social media platform you’re on is rented space.

Why is it rented? Because you don’t own it…Google does, Twitter does, Meta does, or TikTok does.

Anyone who has been growing an online platform for more than a year can tell you what happens to their views, shares, likes, and in some cases, income, every time the algorithm changes. And it changes a lot.

When blogging was still a hobby for me, one of the reasons my blog posts took off was because people shared them on Twitter and Facebook. People sharing on Facebook accounted for over half my traffic.

You’ve seen this in your online journeys as well, a post that would have gotten 100 likes six months ago gets six now, or something that got 10 views suddenly got 100, or 1000. It work in both directions.

As much as you’ll spend time on rented space as a leader and as a church, you need to build your online presence on digital space you own, which is—are you ready?—your email list, SMS list, podcast, or website.

As much as you’ll spend time on rented space as a leader and as a church, you need to build your online presence on digital space you own—your email list, SMS list, podcast, or website.CLICK TO TWEET

3. Owned Space Will Give You More Reliable Traction Than Rented Space Ever Will

The #1 thing you should do if you’re growing your online influence as a church is to establish and grow your owned space.

Owned space is any space you control that isn’t subject to algorithms and the whims of other people.

The best examples of owned space include your email list, your SMS messaging list, your website, your podcast and even an app you build or create. Those channels are the closest thing you will get on the internet to a direct link with your audience.

Here’s what links all of those together: Algorithms don’t interfere with what people see and what people don’t see. They’re a direct link of communication.

Let me guess what you’re thinking: “But Carey, email is so unsexy and so 1990s—how could this be relevant today?”

And the average person on email spends over 5 hours a day on email. Most emails are read within an hour of sending.

Text messaging open rates are 98%, and texts are read on average within 15 minutes of sending. While text message marketing is still in the early stages, it’s something to start building as you build your email list. You can’t text people at the rate you email them, but still, it’s an important list to build.

One of the reasons email and texting your audience are so effective is that the people on your list want to be on your list.

Years ago, Seth Godin introduced the idea of permission marketing — the idea that someone gives you direct permission to talk to them.

Email lists are exactly that. When someone gives you their email address or their mobile phone number, they are giving you permission to have a conversation with them.

Not spam them. But to help them. Influence them. Inform them.

One of the principal uses of rental space (your social media platforms and other rented space) is to direct people to your owned space.

Calls to action like “subscribe to my email list” or “hey, I’d love to send you encouraging text messages” are far more powerful and effective in the long run than building followers into the thousands or hundreds of thousands on rented space.

100 email addresses will give you far more traction with the people you lead than 1000 social media followers.

You know that email list you keep ignoring? It’s time to stop ignoring it.

100 email addresses will give you far more traction with the people you lead than 1000 social media followers.CLICK TO TWEET

Social is sexy—and you need to be on it—but the real momentum happens when you start to focus just as much on your email list, SMS list, website, podcast and other mediums that give you a direct connection to your audience.

But just remember, you’re building your house on a digital volcano. In addition to all the latest social media fads and trends that come and go like the wind, you have zero control over when the next digital volcano is going to erupt.