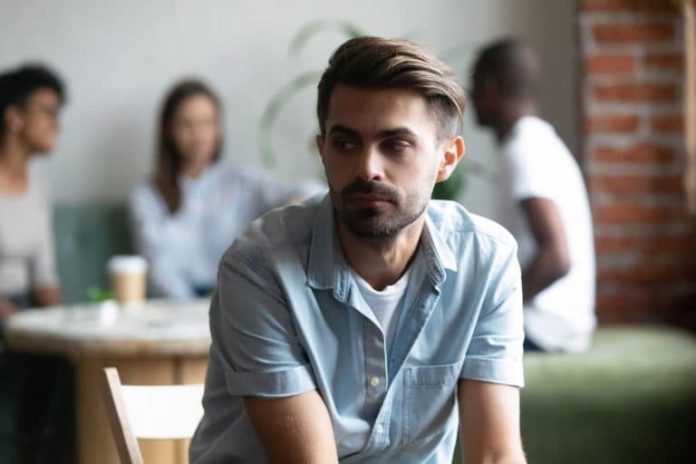 As a leader, you probably think your people are the biggest obstacle to change in your church or organization.

Ready for a surprise?

Sometimes the biggest obstacle to change is you. And the longer you’ve led, the more that’s true.

First, you’ve led for a while, which means you’ve settled into patterns and ways of doing things that feel comfortable. And that makes it harder to change.

Second, you may have had success doing what you’ve done in the past. I realize these days, given several years of crisis, that success may not be what it once was. But at least you knew you could do it.

Success is wonderful, but it also makes you conservative – less willing to take risks and adapt. The more you have, the less you’re willing to lose.

That’s true in money and possessions. It’s also true in leadership and growth. Nobody wants to roll backward.

Currently, we’re preparing for some of the biggest changes in our company since we started it a few years ago.

Over the next few months, we’ll be rolling out not just a brand new podcast network,  revamped website, app, and brand, we’ll be changing our entire business model. Hopefully to serve leaders even better (I think you’re going to love what’s coming).

But, to my surprise, I found myself resisting some of the change and a few ideas my team was generating.

It was surprising to me because I literally wrote a book about change.  Yeesh.

What’s going on? I asked myself.

I ended up embracing the change (with enthusiasm), and generating ideas of my own to help advance it, but in the process, I uncovered some questions to ask yourself when you’re leading change.

Once you answer these questions, you can see past any smokescreen between you and the future. And then you’ll be free to seize the opportunities in front of you.Success makes you less willing to take risks and adapt. The more you have, the less you’re willing to lose.CLICK TO TWEET

It’s one thing to say no. It’s another thing to figure out why you said it.

In redesigning our website, we’ll be turning off our post-share counter and comments. I really resisted these changes.

Some of my posts have been shared tens of thousands of times, and it’s a signal to a reader that the content is popular. I also resisted turning comments off my posts.

But the team had a point: Privacy changes over the last year or so by Google, Facebook, and Apple have made tracking new posts far less reliable, and the plugins we use to track shares create other problems on our website. In addition, because of all these changes over the last year, almost all the share counting has been inaccurately low. And, how people share content has changed.

Understanding all of that was true, I’d still look at posts like the one below with 25K shares and 1600 comments and think, “Why can’t we just get back to the way it was?”

Then I realized I was starting to sound as old as the two or three decades in age that separate me and most of my team.

It took some more team discussion, but I finally realized why I was resisting these changes: I use the number of shares, the post traffic, and the comments to help me (and the team) figure out what’s resonating, what’s not, and what the leaders we serve are thinking.

I didn’t realize that until the third round of discussion on this, but once I did, everything clicked – for the team and myself.

While we don’t know how to fix the share issue (so that’s going to disappear), we’re going to move comments to a much better forum where I can continue to monitor what people are talking about and participate in the discussion in a more meaningful way.

In addition, we’re going to set up some custom Google Analytics reports to track what’s resonating and what’s not so we can figure out how to better serve our audience with future content.

Once you know why you’re resisting change, you can stop resisting it.

And, of course, if there’s a good reason not to change, you’ve just unearthed it.Once you know why you’re resisting change, you can stop resisting it.CLICK TO TWEET

Usually, if you’re resisting change, you’ll realize you’re hanging onto two things: past success and what you know.

It’s easy to get into headspace where you think you’ve mastered something because you had to work your way from the ground up. You know this better than anyone and you’ve been successful with it in the past.

There’s a grain of truth in that of course. Maybe a few grains.

But what you miss is that clinging onto past success will ruin your future.

You end up being the person still trying to sell CDs in the age of streaming, or trying to get your audience to come to you so you can fill up a building, rather than going to them so you can meet them where they’re at.

If you’re holding onto the past, you won’t have much of a future.Clinging onto past success will ruin your future.CLICK TO TWEET

Get the Answers You Need to Lead a Growing Mission.

At some point in the process of change, you’ll likely start to tune out or dismiss certain voices.

I agree that you should tune out toxic people, but I assume you’re wise enough to not have hired toxic people, put them on your board or made them part of your inner circle. So that’s not really the issue when leading change.

No, the challenge will be that you stop listening to people who disagree with you. And one sign of a healthy team culture is that people feel free to disagree, not on the mission but for sure on the methods.

When you find yourself tuning out a team member, ask yourself why.

Chances are it’s because you don’t understand his/her position well enough. And if they can’t articulate exactly why, it’s your job to help them do it.

One of the best strategies for that is to ask them why 3-5 times (in a row). Not accusingly at all, but genuinely and out of curiosity, keep asking why.

When you get layers deep into the reasoning, one of two things will happen.

They’ll realize they don’t have a great position, or you’ll realize you don’t.

And in both cases, that’s a win and you can move forward.

The alternative, of course, is that if you keep tuning certain people out, they’ll either stop talking or they’ll leave.

And the long-term consequences of that are staggeringly bad.

This is another piercing principle I learned from Andy Stanley, Reggie Joiner, and Lane Jones a number of years ago.

The more people you’ve reached, the harder this one gets.

When you’ve had a lot of momentum in the past, it’s far easier to look back than it is to look ahead.

Which explains, in part, why so many church leaders are still focused on getting everyone they can back into the building. They remember a day (c.2019) when the room was full or fuller. Of course, 2019 is dead, and we’re not heading back to the pre-pandemic world, but into a post-pandemic era that has changed so much.

In fact, if you start reaching more people, some of those people you were so focused on trying to keep will shuffle back in. They’ll be attracted by a renewed mission.You can focus on who you want to reach, or who you want to keep, but not both.CLICK TO TWEET

5. Is this really ‘wisdom’ and ‘prudence’ speaking, or am I just afraid?

I’ve heard so many leaders resist progress in the name of being ‘wise’ or ‘prudent.’

Wisdom and prudence can be great things, but the smarter leader looks beneath the justifications and asks a deeper question: Am I just afraid?

And often the answer to that question is ‘Yes’—yes you’re afraid.

And that makes you human. People are always afraid of the unknown. And the future is unknown.

Another great question to ask yourself when you find yourself resisting change is “What’s the alternative?”

The answer, much of the time, is more of the same.

And inevitably, more of the same morphs into slow, steady decline.

Every leader and every organization has a life cycle that has, at most, about a 10-year run before it heads into stagnation and decline, unless, of course, you disrupt yourself and reinvent everything. (Here’s my theory on leadership and the 10-year run).

If you don’t like where ‘more of the same’ is heading, change.

7. Why have I stopped risking?

Remember all the risks you took when you were younger?

Easy…now you have something to lose. And as we’ve already said, success makes you conservative.

So ask yourself, “Why have I stopped risking?”

So, we’re going ahead with a lot of big changes here at careynieuwhof.com. Stay tuned. It’s going to be a ride, and my hope is you’ll be so much better served.

So what do you need to change?

Now, you not only know what to do, you know why you’ll do it.