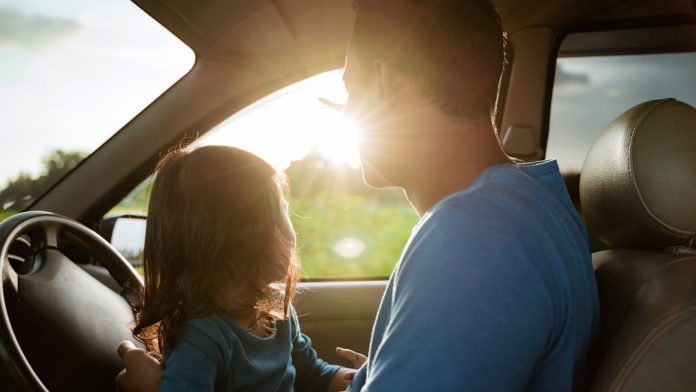 Years ago, when my kids were young, my wife and I had a date night to remember… and not in the best way. We were on our way to our favorite restaurant, excited for a night to ourselves, when all of a sudden a terrible stench filled the suburban.

Now, at this point, we had four children ages 3 to 10, so we weren’t strangers to bad smells.

However the smells I was used to were more along the lines of old French fries and dirty diapers, not this horrible smell that was quickly filling up the car.  Finally, I looked at Tamara and said, “I have no idea what this is, but it smells like a dead chicken.”

When we got to the restaurant, we searched the car high and low for the stinky culprit.

Guess what it was?

I couldn’t believe it. Apparently our weeknight dinner had fallen out of a grocery bag and found its way under the seats. To this day, we still joke about ‘the dead chicken.’ And as I was preparing a message on relationships a few weeks ago, the thought hit me: a lot of us have ‘dead chicken’ relationships.

I know it sounds a little bit out there, but hear me out.

Many of us have those relationships that at the beginning leave a bad smell in the air, but we wait until it’s almost nauseating until we do anything about it. I promise you Tamara and I would’ve had a lot more fun that night if we would’ve gotten rid of the dead chicken earlier!

In the same way, our lives are more fulfilling when we do the work early on that is required for healthy, God-centered relationships.

In order to restore relationships, the Bible tells us that there are three things that are required: forgiveness, fairness and faithfulness.

In Luke 17, Jesus says “If they sin against you seven times a day and seven times come back to you repenting, forgive them each time.”

But then in the same chapter, Jesus also says, “I want you to make sure they repent before you allow them to continue harming your life.”

See, Jesus understood that healthy relationships require a balance of forgiveness and fairness, a balance of grace and boundaries.

Healthy relationships also require faithfulness. If you have any question about people’s faithfulness to you and to your welfare, then you could be setting yourself up for some major hurt in your relationship down the road.

You want to build a relationship that will last through good times and bad, because you know that there is mutual loyalty to and respect for each other.

Do you have ‘dead chickens’ in your life that need cleaned up?

Do you have relationships that you need restored?

I encourage you to begin the process now.

Thank God, no matter how long you’ve waited, it’s never too late to get things right. No relationship is ever too broken to be restored!

Have a Grow Plan