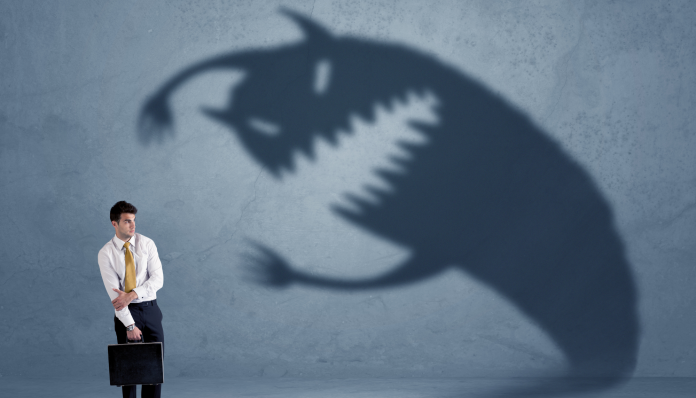 I had arrived early at the church where I was to preach that morning and found that a Sunday School class was meeting in the auditorium.  I made my way to a chair and joined the dozen or so adults of various ages.

Whatever scripture they were studying that day, they had wandered far afield from it.  Class members were excitedly speaking against abortion, gay marriage, transgender acceptance, hate crime laws, political shenanigans, the coming world government, the antichrist, the president, and the possibility of an armed uprising in America so everyone had better have plenty of ammunition. Also, blood moons, Armageddon and Joel Osteen.

At one point, during a lull, I asked, “So, what is the scripture for today’s lesson?”  As far as I could tell, only the teacher caught the irony (and gentle rebuke) of that.  He named some place in one of the prophets.

As the members of the class fed on one another’s fears, something occurred to me from the Lord. “This is what happens when Christians quit praying and trusting Me.”

These believers were frightened out of their wits.

It spoke volumes about their failure to trust the Lord.

Let’s admit the obvious here: God is never happy when His people live in fear. Fear shows a distrust.

God has not given us the spirit of fear, but of power and of love and of a sound mind (2 Timothy 1:7).

How many times in Scripture does an angel begin a conversation with “Fear not”?  And how often does the Lord Jesus tell us not to be afraid?

I will never leave thee nor forsake thee; so that we may boldly say, the Lord is my helper and I will not be afraid (Hebrews 13:5-6).

The faithful do not live in fear. Period.

Yea, though I walk through the valley of the shadow of death, I will fear no evil for Thou art with me (Psalm 23:4).

I will not be afraid.

Okay. Everyone on the same page about that?  God’s children are not to fear. Fear is giving too much credit to the enemy and not enough to the Savior.

Fear occurs from a failure to trust Him.

To rebel against God, or to fail to believe in Him, sentences one to live in fear.

Fear of what? Fear of everything, fear of anything, and even fear of nothing.

Wait just a minute.  People can fear nothing?

Yes, indeed. God’s people can end up fearing nothing.  Here is the scripture….

I will put anxiety in the hearts of those of you who survive in the lands of their enemies.  The sound of a wind-driven leaf will put them to flight; and they will flee as one flees from a sword, and fall though no one is pursuing them.  They will stumble over one another… (Leviticus 26:36-37)

The sound of a leaf blowing in the wind panics them.

Now, that is fear.

Same with blood moons, Middle Eastern skirmishes, and the latest candidate for the antichrist.

What’s wrong with Christians? Why do they fear every little thing that comes along?

Some notes from this article:

–Fearfulness obscures the distinction between real threat on one hand and on the other the terrors that beset those who see threat everywhere.

–To fear indiscriminately is a very costly indulgence.  Likewise, trying to stimulate fear in others is a bad proposition.  (Note from Joe: I used to receive letters from Jerry Falwell promoting The Moral Majority.  Every letter–every letter!–was framed to stimulate fear in the recipient. Why?  If you read far enough into the letter, you saw why.  They wanted my money.  The solution to America’s latest crisis, the letter would assure us, is for me to send them money to help in their ongoing fight against ungodliness.)

Those who try to stimulate fear in others are on a fool’s errand and one that plays into the hands of the enemy. Nothing about that is Christ-honoring.

–No one seems to have an unkind word to say about fear these days, un-Christian as it surely is.

What a terrible statement we Christians make to the world when we live in fear.

I love a wonderful little insight from Ezra, in those unsettled days following the Babylonian exile.

This spiritual leader had received permission to return to Babylon and retrieve all the holy vessels taken from the Temple in the days of Nebuchadnezzar.  Their value was easily a king’s ransom.  This lengthy journey could be risky indeed.

When he thought of the hundreds of miles across open country and the thieves and robbers, Ezra considered asking the king for an armed guard.  He would have granted the request, he knew.  There was just one problem with that.  “I was ashamed to request from the king troops and horsemen to protect us from the enemy on the way.”

Why was he ashamed to ask for protection? “Because we had said to the king, ‘The hand of our God is favorably disposed to all those who seek Him, but His power and His anger are against all those who forsake Him.”

So, what would they do?  “We fasted and sought our God concerning this matter, and He listened to our entreaty.”

Then, they “manned up” and “the hand of our Lord was over us, and He delivered us from the hand of the enemy and the ambushes by the way” (Ezra chapter 8).

Lord, help us to be strong in the Lord and act like we believe in Thee. The leaves are always quivering and you are not pleased when they panic us.