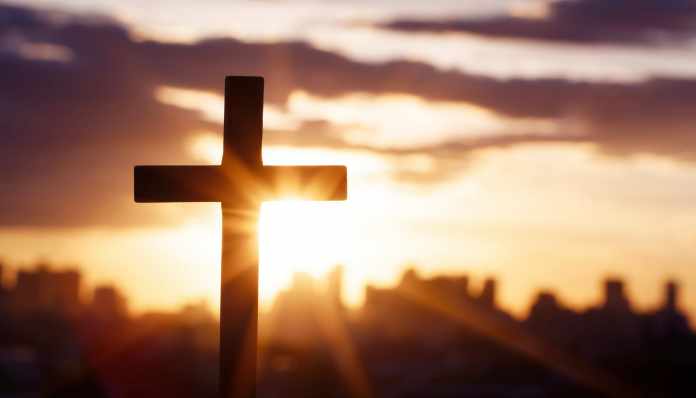 Since September 11, 2001, there has been a pursuit under way. The military forces of the United States, acting on the orders of the President of the United States, has been engaged in a mission to “find those responsible and bring them to justice.” This pursuit has been based on a quest for justice. Our President has referred to the phrase from the old West, “Wanted, Dead or Alive.” It could be said that this is a “seek and destroy” operation.

There have been many pursuits throughout history, but none so powerful and significant as God’s pursuit of those He has called to be His own. Fortunately, it is not a “seek and destroy” mission, but a “seek and save” mission. Jesus said that He had come, “to seek and to save that which was lost.” (Luke 19:10).

There is a Spanish story of a father and son who had become estranged. The son ran away, and the father set off to find him. He searched for months to no avail. Finally, in a last desperate effort to find him, the father put an ad in a Madrid newspaper. The ad read, “Dear Paco, Meet me in front of this newspaper office at noon on Saturday. All is forgiven. I love you. Your Father.” On Saturday, 800 Pacos showed up, all looking for forgiveness and love from their fathers.

There is something in our hearts that desires to be sought out, to be captured, and to be apprehended by God. Augustine said, “The heart of man is restless, Oh God, until it finds its rest in thee.” The fact is that we are never satisfied or fulfilled in life until we realize that God has sought us, has purchased us, and has received us unto Himself.

The old hymn speaks of God’s pursuit of our lives when it says, “He sought me, and He bought me, with His redeeming blood.” When we understand the fact that God initiated our redemption, faith becomes much simpler. Understanding God as the initiator and as the one in pursuit of our lives takes faith out of the realm of “works” and places our relationship with God entirely into the realm of His grace.

Religion is the story of unenlightened and misguided men trying to find God by their own efforts and through their own wisdom. In short, it is man trying to find and figure out a God who apparently isn’t too interested in being found or figured out.

The Bible, however, is the story of a God who is in hot pursuit… a loving and a compassionate God who is seeking and pursuing a fallen race of human beings to restore them to Himself and to bestow His blessings richly and generously upon them.

You need to understand that you are the treasure that was hidden in the field and that you are the pearl of great price. Jesus gave everything He had in order to purchase you (Matthew 13:44-45). That’s how much He wanted you. Our faith is simply a positive response to what God has already initiated, performed, and made available through His grace.

John said, “…this is love, not that we loved God, but that He loved us and sent His Son to be the propitiation for our sins.” (1 John 4:10). Before you ever had a problem, God already had the answer -Jesus, the Lamb slain from before the foundation of the world (Revelation 13:8).

God’s love for you is everlasting (Jeremiah 31:3). He’s never started loving you, and He’ll never stop loving you. If you were to win one million people to Jesus, He wouldn’t love you anymore than He Loves you right now.

May your faith be energized as you consider God’s pursuit of your life, a pursuit that is based upon His great, eternal and infinite love toward you.

Inspiration Carey Nieuwhof - June 25, 2022 0
As you’ve noticed—as everyone’s noticed—there seems to be something rotten in the Denmark of Christian leadership. Every time you think there can’t be another megachurch...