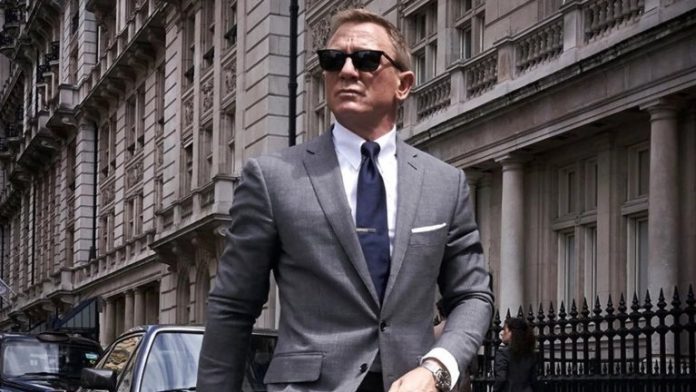 his past weekend saw the end to the Daniel Craig era of James Bond. He’s starred as James Bond for five movies. He’s had quite the run as James Bond.

With No Time To Die, we see Craig’s run as James Bond end. And on a high note.

No Time To Die sees Bond in retirement. But only for a moment. He had decided to hang up the 007 mantle and live a simple life. When Felix Leiter (Jeffrey Wright), an old friend from the CIA, shows up, he reluctantly heads back into the game.

The next two and a half hours of No Time To Die flies by as Bond rekindles an old flame, discovers who the true villain is, and makes the ultimate sacrifice. A fitting ending to such an epic saga.

Now, we’re going to look at the leadership lessons in No Time To Die.

Quotes And Leadership Lessons From No Time To Die

A young girl is with her mother. She’s waiting for her father to come home. The father fails to arrive. Rather, they have a visitor. The visitor, Lyutsifer Safin (Rami Malek), is the victim of her father’s job.

As the masked visitor begins to attack, the young girl, Madeleine (child – Coline Defaud, adult- Léa Seydoux), heads for the family’s safe room. She frantically inputs the code but the doors do not open.

What will you do when your backup plan fails? – Leadership lessons from No Time To Die

The family’s backup plan for safety failed. Madeleine then has to find another plan of escape (she does but not before her life almost ends).

We build up backup plans. Sometimes we call these plans contingency plans. We create backup plans for the times when our main plan fails.

We believe our backup plans will succeed where the main plan failed. This doesn’t always work.

You have to be prepared for your backup plans to fail in addition to the main plan. It’s not easy to grasp this idea but it does happen.

2. Not all bad leaders are completely bad:

Safin chased Madeleine out of the house. Madeleine races across the frozen pond on her family’s property. The ice begins to crack. She falls into the frigid water.

We see Safin raise his gun. He pulls the trigger. He shoots into the water.

Did he kill Madeleine? No, he shot the ice so that he could reach in and pull Madeleine out.

We are led to believe that bad leaders are bad leaders, there is no good within them. That’s not the case.

Know that a bad leader isn’t completely bad. You can find the good in them.

As long as we are looking over our shoulder, the past is not dead.

Madeleine and Bond were driving along the shoreline. They had begun to discuss their future. Then, Bond looks over his shoulder. He’s looking to see who’s following them. There’s no one.

Madeleine notices this action. She comments that they can’t move on from the past if they’re looking over their shoulder all the time.

What are you looking over your shoulder for? Are you scared someone is gunning for your position? Do you think the business deal you made 5 years ago is about to fall apart?

We cannot move into the future if we keep looking toward the past. There’s a time and place to look at the past. Then we’ve got to move on.

4. Leaders know how to keep their cool:

James Bond is the epitome of coolness. He knows how to stay sane and rational under pressure.

This is no different in No Time To Die.

Madeleine and Bond are in their vehicle. The bad guys are surrounding it. They begin to shoot the car.

Madeleine begins her freak out. She’s terrified. Meanwhile, sitting next to her is the cool and collected Bond.

Bond knows how to keep his cool. He knows that he cannot freak out.

Leaders, we need to be a little more like Bond. We have to be willing to stay cool under pressure.

We cannot have freakout moments every time something goes wrong. Instead, we have to believe that things will be better. That things can work out.

Let’s do a little less freaking out and a little more calming down.

5. Leaders can be called upon to return to their position:

James Bond had retired from the spy game. He was no longer an active agent. However, this didn’t stop Felix from tracking Bond down.

Felix told Bond there was something he needed help with. He wanted Bond to return to active duty to stop an active threat.

Leaders can retire. They can leave their positions. Yet, if they were valued, they may be called upon again.

Know that leaders lead. It is what we do. We have to be ready to go back if we’re needed.

After Felix recruited Bond to return to action, Bond was paired with Paloma (Ana de Armas). Paloma was a supposedly new agent.

Their first mission was to track down a scientist, Valdo Obruchev (David Dencik), who had re-engineered a bioweapon. Paloma saw the scientist, aimed her car at the platform he was standing on, and brought the platform and scientist crashing down.

She knew what she had to do. She took decisive action.

Leaders are not called to sit around. They’re not there to continually discuss this or that. Leaders are there to make decisions.

What are you waiting on? What decisions do you need to make a decision on today?

Make it worth it.

Bond and Felix were on a boat together when Felix was shot. The boat was rigged to explode. Felix knew he wasn’t going to make it.

He told Bond to make sure his death was worth it. He didn’t want to die in vain.

While leading, there will be casualties. These are never fun. They always hurt.

One thing we can make sure of is that any casualties of leadership or business are worth it. Don’t let the sacrifice of your team or yourself go out in vain. Make sure there’s value in it.

Bond and Moneypenny (Naomie Harris) show up at the house of Q. Q is part of the research and development department.

He’s preparing for a dinner date when Bond and Moneypenny arrive. They disrupt his plans. Q understands the position is not a 9-5 type of job.

Leadership is not a 9-5 job either. Your time as a leader will require you to work outside of normal business hours.

This can be troubling to some as it will interrupt family gatherings, plans, and more.

You have to be okay with interruptions in your day-to-day life if you’re going to lead. It’s what comes with the job.

Sir, permission for Bond to be reinstated as 007. It’s only a designation.

Nomi had been instated as 007 after Bond’s retirement (some are saying this was a woke moment because she is female and African American. I disagree and saw her as an amazing new Bond character). Earlier in the movie, there was tension between the two as she thought Bond was going to take over the mantel.

Later in the movie, Nomi asks for Bond to be reinstated as 007. She no longer saw him as a threat. She also no longer saw the 007 moniker as her identity.

Leadership is more than a title. Don’t be upset when the title is gone – Leadership lessons from No Time To Die

Leaders have to learn that their roles and titles are nothing important. They are designations or assignments.

When someone else comes along, be willing to pass the designation to the new person.

Be the bigger person. Leave the title.

10. Bad leaders and good leaders are often mirror images of one another:

Safin talked with Bond. He told Bond how they were the same. They were mirror images of one another.

It could seem strange to believe this. Yet, there’s truth in Safin’s statement.

Bad leaders are often mirror images of good leaders. They believe they are doing something good. They have valid reasons for doing things.

However, their reasons are often mirrored. It is not for the betterment of the team or the organization. These leaders have mirrored good leadership and used it for their gain.

The ending of No Time To Die sees Daniel Craig’s Bond die. He stands on an island as missiles rain down.

Bond’s team members remember Bond. They mourned his passing. They recalled how good he was.

Great leaders, when they pass or leave, are mourned. They are honored for what they’ve done, what they’ve helped the team accomplish, and, more importantly, how they have treated their people.

Do what great leaders do. Follow their example. Treat people well. Get things done. Lead well.