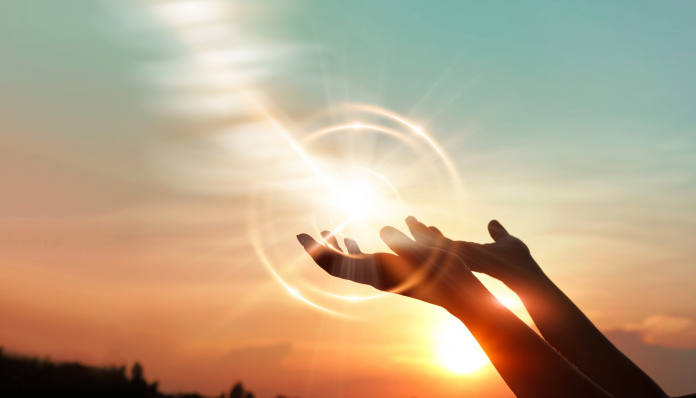 His faithfulness is everlasting.  He is good no matter what.

A pastor friend sent me a note reporting on his church. He had baptized several that year and had twice that number to join in other ways. I replied that God is using him to turn around that old church and, “Good for you, friend!”

He came back: “The curmudgeons are still there, though, still lurking.”

I answered, “They always will be. But let me tell you what I’ve finally learned about that. These detractors are doing you a favor. They motivate you to greater faithfulness, to do your best work, to keep the focus on the Lord.”

He said, “I call them ‘Holy Sandpaper.’”

The Lord uses them to get the rough edges off His servant.

Interesting how the notes I get from pastors–some are questions regarding ministry–turn out to be the very thing the Lord was talking with me about earlier.

Case in point. I was going through some old correspondence files, trying to decide what could be discarded. I ran across the most critical (i.e., life-changing) exchange of letters I ever had with a church member in a long lifetime of ministry.

Here’s the story and our letters….

I came to this church in September of 1990, some 18 months after the congregation experienced the worst blowup of its existence. The ousted pastor left with a small group, hundreds of others pulled out to start another church, many joined other congregations, and some simply grew disgusted with the whole business and dropped out of church altogether. The group I would be pastoring was one-half the size it had been previously.

To shorten a book-length story (which some of our readers know because you were there), I had been pretty well beaten up in my former church. And since this church had been hurt by its former pastor, we felt this could be a healing time for us all.

The problem is some people don’t want to heal. They have anger over what was done or said to them in the past. Some carry guilt over what they themselves did.  I put up with it for a long, long time for a variety of reasons.

Finally, seven years into this  pastorate, I preached a Sunday morning sermon that opened that old wound so it could be treated. I hung the dirty linen on the line for all to see. I told the congregation what had happened in the split before I came and how some had acted in the years since. Then, I called on the guilty to repent and the angry to forgive.

People crowded around after the service thanking me for finally dealing with this issue that held been like a dead weight around the church’s neck. But not everyone was happy. The nay-sayers were upset.

One man wrote me a letter. And give him credit, he had the integrity to sign it and to hand-deliver it to my office the next morning. I heard him at the front desk telling the receptionist, “Give this to Doctor McKeever.”

Dr. McKeever, your sermon on Sunday, June 22, 1997, showed your immaturity. You were like a child trying to get back at someone who had crossed you. The sermon was uncalled for and made me ashame (sic) for the visitors that was sitting in my section. They had to listen to a stupid sermon for a full hour.

Dr. McKeever, several of the visitors stopped me at the door and asked the question, What kind of preacher do you have, I would never attend this church.

I am not proud of you and I don’t love you. Your sermon had no effect on me. I will continue doing the same thing I have always done. I do pray to the Lord before I speak. Do you?

And he signed his name. “Wesley Gray.”

That was Monday morning, June 23, 1997.  I pulled out paper and pen and wrote an immediate reply:

Dear Brother Gray–I cannot tell you how many godly and mature people have come to me since Sunday’s sermon and said, ‘Thank you for that message. It desperately needed to be said.’  I had prayed hard over it all week. I did not want to preach this kind of sermon. It is not my nature to be offensive to anyone. I fear that you have not forgiven me for that ‘slight’ of some four years ago when you felt that I had not spoken to you and your wife. I apologized to you at that time and did so to her, but you have been angry at me ever since.

I’m sad for you to say you do not love me. I do love you. And I pray for you frequently.

Then–and here is where it gets good–that evening, I told my wife about the letter. She did not know the man.  She promptly made him a cake, and she wrote a note with it.  I have that note in my file also.

We love you. We forgive you.

The problem is, since Margaret did not know him, she got his name wrong. The note was on top of the cake box, but I did not notice the spelling. She had called Mr. Gray Graves.

Tuesday morning, I gave the custodian the Grays’ home address and asked him to deliver it the cake.

And that was that, I thought.

Wednesday morning, I heard him at the front desk. “Give this to Dr. McKeever and tell him my name is Gray!”

The receptionist brought in the box, the note still attached. I saw the problem. As the door closed, I looked up at the ceiling and said, “Lord, I’m trying real hard to love this man, but he’s making it really tough.”

That’s when I heard a noise.

We were in Vacation Bible School that week and the fourth grade class was meeting above my office. An hour later, that class enjoyed the cake I sent up to them.

Two days later, Mr. Wesley Gray received thank-you notes from 30 fourth-graders for “that wonderful cake you brought to the church.”

This is called heaping coals of fire on their heads.  But you knew that.

I heard no more from him. Some months later, a friend said, “I don’t know what it is about your and Wesley.  He’s one of the nicest people I know.”  I wondered if we were talking about the same person.

Still months later–I’m fuzzy on the chronology here–we were having some kind of church function in the fellowship hall. I was standing in the kitchen when Mr. Gray approached me.

“Pastor, I am so ashamed of the way I behaved. Will you forgive me?”

A moment to remember forever.

I said, “Sir, I’ll forgive you if you will forgive me.” I didn’t think I needed forgiving but was willing to meet him halfway.

We hugged. Thereafter,  every time we met, Mr. Wesley Gray and I hugged.

He died of cancer some years later. One of the pastors who succeeded me did the funeral. Mrs. Gray invited me to serve as a pallbearer.  I was honored.

God is great. Forgiveness is wonderful. And love is the best there is.

God is so faithful.  Even when others are not.

In this same file from June of 1997, I found an index card written on both sides. Jena Weisheit wrote to encourage me. A pastor’s daughter and a wonderful member of our church, Jena had had to watch in silence as a church once terminated her faithful father from his church for no reason. She knows the pain that can be inflicted by unthinking church members.

Just want you to know that I love you. I support you no matter what and I’m praying for you and our church daily. Please also know that I’m hurting with you and if there is anything I can do, please let me know. I stand firmly behind you and don’t mind speaking out! I’ve learned through experience that Christians can be the meanest people there are. I’m sorry you are hurting. I have to remind myself that even though I don’t understand why things like this happen that God will take care of them on judgement day for messing with one of His own! Love, Jena.

When I found that in the file, I wept again.

And I made a discovery.

Everything is all right. God really did use their abrasiveness to strengthen me and hone my effectiveness for Him.

In fact, I pray that God will forgive them in advance and that judgment for them will go well. (As I desire for myself. “Blessed are the merciful,” our Lord said, “for they shall receive mercy.” I’m counting on that!)

One day I pulled out some old cassette tapes of sermons preached during a period when I was enduring some of the worst opposition and criticism of my ministry. I finally located a tape player and loaded it with AA batteries and received a shock.

In my (humble–lol) opinion, that June 1997 sermon was among the best of my entire life. It blessed me, and I’m the one who preached it.

Listening to the message, I could see now that God had His hand on me. (I cannot even type these words without the tears, even after all these years!) God was using this in my life.

In fact, I wonder if the service God did through me would not have been of a much more inferior quality had I received nothing but positive support from church members through the years.

I found myself wishing I could go back to the person I was at that time and reassure him that “it’s all right; God is using this; relax and trust Him. You’re doing just fine!”

But then, I didn’t have to do that. God had Jena do it.

Praise God for church members who are sensitive to know when the pastor is hurting and do not sit back and watch. Thank God for those who speak up for their shepherd and encourage him.

God is not unjust so as to forget your work and the love that you have shown toward His name in having ministered to the saints and in still ministering.(Hebrews 6:10)

Thank you, Wesley Gray.  Thank you, Jena Weisheit.  Thank God for your faithfulness to Him.

Pastors, the stress may be great and you may become discouraged.  But be faithful, and someday you’ll look back and thank God for it. It’s making you a better preacher and a more Christlike servant.