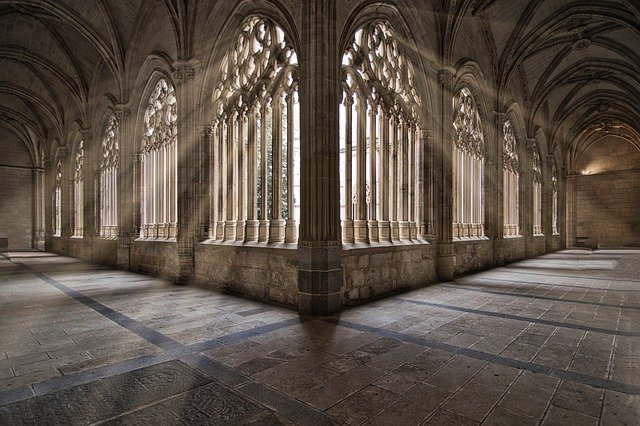 Is there a split in the future church ahead?

Unfortunately, I think the answer is yes.

It’s not your typical (and usually awful) church split about doctrine, polity, personality or the color of the carpet. It’s bigger than that, and for the most part, you won’t even realize it’s happening until you look back a few years from now and see what took place.

If you look a little more carefully right now, you can see that as the post-pandemic world takes shape, there’s an emerging divide between churches that are well-positioned for the future and churches that aren’t.

The criteria between effective and ineffective churches continue to morph and accelerate as the world re-opens in at least four key areas.

The question, of course, which best describes your church?

Here are four emerging divides that are developing before our eyes.

The disruption of 2020 and beyond catapulted every church into the digital age whether its leaders were ready or not.

The pivot to online ministry is not just a technological change, it’s also a philosophical one (or theological perhaps…although for these reasons I’m not sure it’s truly theological).

As the post-pandemic world becomes a greater reality for a growing number of leaders (I understand the pandemic still raging in many areas), many leaders are showing their true hand.

For a lot of pastors, online church lies somewhere between a necessary evil, an unfortunate necessity, or a service they offer that’s an option for people who can’t get there for the “real thing.”

In all likelihood, those church leaders are going to have a difficult future ahead of them.

There’s a smaller group of pastors and leaders, though, who are fully embracing a hybrid church model: deciding to become 100% physical and 100% digital.

They see digital not as an ‘accommodation’, but as both real ministry and an abundant opportunity.

Forward-thinking pastors realize that the best answer to the question “Should ministry be digital or physical?” is “Yes”.

Almost everyone these days lives in the seamless slipstream of digital/physical lives. You order your groceries on your phone and then walk into a coffee shop in person to pick up a cortado.

Similarly, you text your best friend, only to put down your phone and chat with your son in real life in the kitchen who shows you a YouTube video he finds hilarious.

This is life. I’m guessing it’s also your life because, well, you’re reading this online.

If you live a fully hybrid life, and the people you’re trying to reach live hybrid lives, why wouldn’t your church fully embrace a hybrid ministry that seamlessly slips between physical and digital presence?

As the new world opens up, many church leaders seem hyper-focused on getting people back to church.

On the one hand, I get it. It’s been a long, exhausting season. And we all long for normal. I do too.

But bringing people back isn’t a vision. Moving people forward is a vision.

It’s hard to move people forward if you’re obsessed with getting them back.

Increasingly, one of the splits that will happen is between church leaders who are focused on recreating, reviving and restoring older approaches to ministry.

Pastors who focus on moving people forward instead of bringing people back will have a much better future.

Switching gears a little, another emerging line centers on the attitudes church leaders have toward the community they’re trying to reach.

Sadly, the answer for most of us (including me) is… yes.

From the guy who cut you off in traffic, to the off-beat person who’s not picking up the social cues you’re sending, to your weed-smoking neighbor… it’s so easy to judge as the culture becomes more and more post-Christian.

And judgment just gets worse from there. It’s the basis of racism, sexism and almost every other ‘ism’ you can think of.

Churches that embrace the people they’re trying to reach will have a much better future than churches that judge them.

The problem in many cases is not that unchurched people don’t know any Christians. The problem is that they do. And they don’t like us—for good reason.

A Barna study revealed that 62% of lapsed Christians said the #1 quality they look for in a person with whom to discuss faith is ‘non-judgment.’

Only 34% said they know any Christians who possess this quality.

In the evangelical church today (and, yes, despite the reputation, I consider myself an evangelical), the hard edge of ‘truth’ has crushed many. And one of the most frequent expressions of loveless truth is found in judgment.

The presence of judgment almost always guarantees an absence of love.

I try to remember this rule: If I’m judging someone, I’m not loving them. You can’t judge someone and love them at the same time.

Pastors who love the people they’re trying to reach have a much better chance of reaching them than pastors who judge them.

A final gap is widening between churches that appear to be driven as much by ideology as by the Gospel.

Particularly since the crisis hit in 2020, a growing number of church leaders have used their influence to weigh in on everything from politics, to partisanship, to masks v. no masks, vaccines, supreme court nominees, to tax policies, to immigration.

Tim Keller recently weighed in on his surprise over how partisan, political and ideological the church has grown in the last year (you can listen to my conversation with Tim here or watch on YouTube).  Rick Warren expressed similar concerns and surprise (my conversation with Rick is here in audio form, and you can watch here).

This is actually quite predictable for a culture that’s rapidly moving from Christian to post-Christian. It’s tempting to want to hang onto power, to blame the culture for changing, or to see politics as your salvation.

Leaders feel overwhelmed, and it’s easy to try to ‘conserve’ the little that’s left and rail against the new attitudes that are emerging.

Here’s my sense: the effective pastors in the future will weigh in from time to time on critical social issues that the scripture engages (racial justice, poverty, moral values, etc—all of which were transformed by Jesus and the early church and created a more equal world).

Both Jesus and the first-century church were paradoxically apolitical while being deeply subversive. They were apolitical in the sense that they were deeply nonpartisan (Herod was a tyrant, but Jesus wasn’t part of a group interested in removing him, and his Zealot followers soon found another agenda), yet subversive in that that they turned the world upside down through an ethic of truth and love that made existing politics pale by comparison.

Scroll through any social media feed today and you’ll see some pastors commenting on everything from which party to vote for, to tax policy, to Supreme Court nominees, and more.

In the long term, that’s probably eroding their influence with the unchurched (50% of whom by definition won’t agree with them), even if it shores them up temporarily among some of their tribe who thank them for ‘speaking the truth.’

And while local church leaders do need to engage the dialogue between masks or no masks, how we treat the vaccinated and unvaccinated, and safety protocols, there’s a difference between creating a safe space for people to gather and tilting the dialogue to an ideological rant against everything that’s wrong with whoever you don’t like at the moment.

There are two groups losing badly when things turn partisan and ideological:

and, ultimately, the congregation itself.

The culture needs an alternative to itself, not an echo of itself.

Most people (including you, I suspect) are exhausted by the division, tribalization, and anger that characterizes culture today.

It’s pretty clear that the culture is tired of itself too, but it doesn’t quite know how to escape.

That’s the perfect opportunity for the church to simply be the church.

An exhausted culture needs an alternative to itself, not an echo of itself.

Authentic, grace-filled, hope-bearing, truthful people are what our friends and neighbors need.

A generation tired of hate, yet caught in its grip, will only be released from it if there’s a clear alternative.

Imagine, if in the next few years in your church:

You could disagree but not be disagreeable.

You focused on what united people, not on what divided people.

In a divided culture, Christians should be the help and the hope, not the hate.

Almost every church leader wants to grow their church by reaching more people.

As culture continues to change rapidly into a post-Christian era, though, it’s left many leaders feeling like they’re not accomplishing their mission. For too many churches, things aren’t going as hoped.

After you complete the assessment, you’ll receive a detailed breakdown of your results and get access to a free teaching series that will help you take practical steps forward in each of the five areas.

When you’re done, you’ll be far more equipped to accomplish your mission.

Don’t be discouraged. You can still reach people.