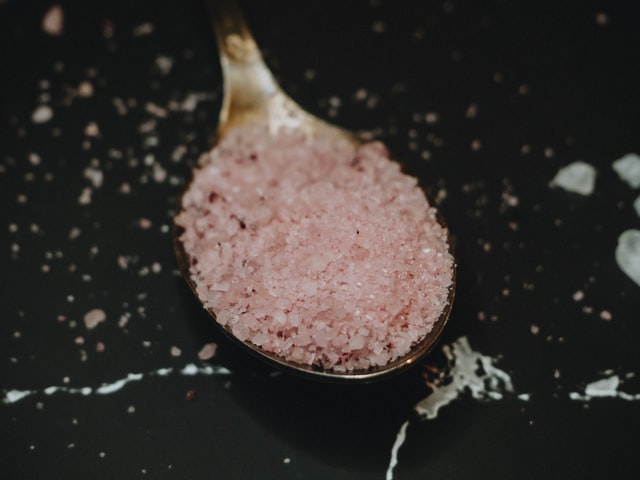 While researching a subject on-line the other day, I found myself reading some preachery attacks on other ministers. These men of God, assuming that’s what they are and I’m not saying they’re not, were taking no prisoners.

“That pastor is a liar!” “Preachers lie to you when they say….” “Ten lies preachers tell you.” “That preacher is an agent of hell!”

That sort of thing.

When those sent by the Father to be shepherds of His sheep use such blistering rhetoric, we fail our assignments in many ways: we dishonor the Lord, we shame the church, we needlessly slander our brethren, we set poor examples for the people in the pew, and we hold the gospel up to ridicule by the world.

How about a little sweetening, I wonder. And then I remembered something.

Give me the first kind any day of the week. The second group can be scary and dangerous.

The second group, I believe, is composed largely of ministers with bad mental health.

Bad mental health sometimes occupies the pulpit on a Sunday morning. Here is how you can tell…

One text you will never hear such a preacher proclaiming is Colossians 3:12: “Therefore, as God’s chosen people, holy and dearly beloved, clothe yourself with compassion, kindness, humility, gentleness, and patience.”

Somewhere along the way these preachers became convinced that their task on Sundays is to “open the wound and pour on the salt.” They are harsh, unloving, unkind, loud, and uncharitable. And they do it all in the name of Jesus.

The people who approach a pastor with “you ought to preach against sin more” are often asking for this kind of slanderous oratory. Such preaching helps no one. What it does is cater to our fleshly nature that vaunts itself up by slamming others. When I make your sin out to be the worst ever, it minimizes my own failures.

2) It’s negative and selective in its condemnations.

I grew up in a rural tradition that produced preachers more intent on prescribing the styles of women’s hair and the length of their skirts than proclaiming the gospel of the Lord Jesus Christ. They would send people to hell for certain kinds of sin while overlooking other, more respectable, kinds.

One wonders why the exponents of this kind of preaching never lit in on the more obvious sins of that generation: the racism so much a part of our daily lives, the materialism and greed, the hypocrisy of church leaders who said one thing and did the opposite. The answer, of course, is that those were acceptable sins.

It was easier to slam the alcoholic, the divorced, the homosexual, and the criminal than the racists in the pews, the adulterers in the choir, and the business practices of the factory owners among the deacons.

Those who think of the church a half-century ago as the Golden Age should have been there. It wasn’t.

The bad mental health preacher seems to be of the opinion that he alone has the truth, no one but he and a few he approves are doing the Lord’s work, and all others–especially those pastors whose churches are large and they well-known–are compromisers.

Listen to them and it’s “the Lord said to me” and “the Lord told me to tell you” and “I had this revelation from the Lord.”

Such preachers don’t need the Bible; they have a direct line to Heaven’s throne room.

Run in the opposite direction as fast as your feet will carry you.

On the internet, I came across a number of preacher blogs in full, unquestioning support of the action of Israeli commandos who had boarded a peace ship bound for the Gaza Strip, which Israel had been blockading. They ended up killing several on board, including an American, and further inflamed tensions in that part of the world. Even pro-Israelis around the world called the Jews down for such an unprovoked and completely unnecessary act of murder.

What struck me about this was how these preachers take God’s promise to Abraham to “bless those who bless you and curse those who curse you” (Genesis 12:3) as our mandate to support the nation of Israel no matter what it does.

I replied to one of them, “Hey friend, read your Bible. Even God did not support Israel in everything it did. There were times when Israel was more ungodly than the pagan nations around them.” I typed in “use your head,” then struck it as inflammatory.

I don’t expect them to listen to this, of course. It’s like speaking into the wind to try to reason with people afflicted with bad mental health.

Preachers with bad mental health seem to gravitate toward independent churches. Doubtless, this is because they refuse to put themselves under the authority of a denomination, bishop, or a ruling group of their peers.

There is a complete absence of humility and submission. They do preach those traits, of course, as how others are to submit to them.

The preacher who is accountable to no one and who will accept reproof from no group is himself the biggest problem in his church.

6) It sees big government and Washington as the manifestations of Satan in today’s world.

Once in a while, I try to reason with those who insist on quoting Jefferson in saying “that government is best which governs least.” I call their attention to the mine disasters caused by owners who flouted regulations and bought off regulators. I call their attention to factory owners who lock the rear exits to keep employees from sneaking out the back to smoke, then when the building catches on fire, there is heavy loss of life. The stories are legion as to the harsh ways management will treat labor when there is no authority over it to say otherwise. And yet, we are opposed to government sending in inspectors? and laws requiring factory owners to do the safe thing?

Without government regulations and faithful enforcement the carnage on the highways would triple overnight, the foods we eat would be more poisonous, and we’d be averaging a plane crash a week.

Those who preach “the law of the Spirit of life” instead of “the law of sin and death” (Romans 8:2) are liberating the people. The one preaching the law is enslaving them.

The simple fact is there is something unloving and shallow inside us that wants the Christian life reduced to a series of rules and regulations. Do this, don’t do that, do the other, and you’re in. It sounds great to our pygmy souls.

God is not having any part of that. Jesus said, “The words that I speak unto you are spirit and they are life” (John 6:63).

I love how the incredible 8th chapter of Romans begins…

“There is therefore now no condemnation for those who are in Christ Jesus, because through Christ Jesus the law of the Spirit of life has set me free from the law of sin and of death.

“For what the law was powerless to do in that it was weakened by the sinful nature, God did by sending His own Son in the likeness of sinful man to be a sin offering” (Romans 8:1-3).

Why then do some preachers still persist in preaching the law, condemning every instance of lawbreaking they come across, sending lawbreakers to hell, and spewing venom on those who preach God’s grace and His everlasting love?

There are several answers, of course. Here are some….

–first, bad mental health. With something afoul in their own emotional being–a parent was absent, a teacher was cruel, someone abused them–they do not see spiritual matters correctly but with a skewed, distorted slant.

A staff member of a church I was pastoring spoke up once as to why a certain member of our congregation should not be ordained to the ministry. Someone had pointed out there was nothing scriptural to forbid it. “How about bad mental health?” the staffer said. And that settled it.

–they have seen some liberal, modernistic preachers cast the Bible aside and preach their own psychology in place of the Word, and are reacting against it.

–negative preaching has its supporters. You can build a congregation of misfits on it. Anyone doubting that has merely to look around. Almost every city of any size will have at least one huge church made up of “nattering nabobs of negativism,” in the famous words of a disgraced government official.

The dead giveaway to the faulty makeup of that church is that even though they will speak much of Jesus, let the fault-finding preacher step down from the pulpit and that church disintegrates. It was built on a fault, and I don’t mean the San Andreas.

“Lord, give us preachers like Jesus, shepherds who love the people and want to see them well and strong. Make healers and blessers of us.  And while I rant about preachers with bad mental health, help me not to become Exhibit A myself.  God bless your preachers who want to get this right.  Amen.”