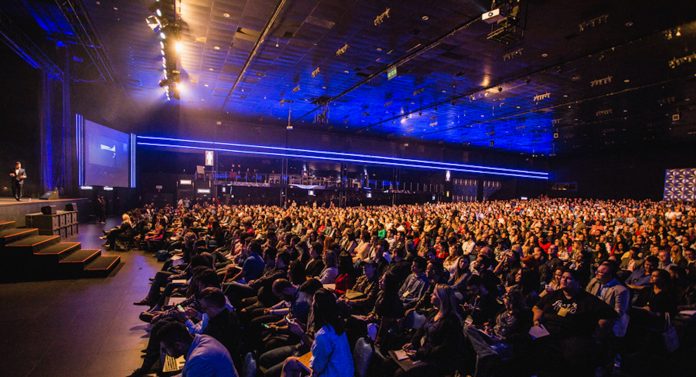 This has happened to me more than once.  I’m sitting in some huge meeting with hundreds of the Lord’s people representing churches across our state or country. A large number of preachers are in the audience. The speaker is sounding forth on some subject of importance to us all.

Suddenly, the speaker comes out with a statement that gets a hearty “amen,” something that sounds profound and undergirds the point he is making. He goes on in the message and everyone in the room but one person stays with him. Me, I’m stuck at that statement. Where did he get that, I wonder. Is it true? How can we know?

The speaker says something that stops us in our tracks.

Ever happen to you?

If “Facebook,” that wonderful and exasperating social networking machine, has taught us anything, it’s to distrust percentages and question quotations.

A Facebook friend’s profile contained a quote from President Kennedy. I happen to know the quote and while I cannot prove JFK never uttered those words–how could we prove that about anyone saying anything–I know how the line got attached to the Kennedys. It’s a quotation from a George Bernard Shaw play.

In 1968, at the funeral of his brother Robert F. Kennedy, Senator Ted Kennedy spoke that line as applying to him. It’s a terrific depiction of vision and, I expect for most of us, it was our first time to hear the quote. The source was not given in the eulogy, which may have led some to believe Senator Kennedy made it up.

One thing we know, however, is President John F. Kennedy is not its source. Nor is any Kennedy. And yet, keep your eye out for that quotation. Half the time, its source will be listed as one of the Kennedys.

Accuracy is important for all of us, but particularly those of us called to preach God’s Truth.

What could be a greater assignment?

Unfortunately, because we speak so often–many pastors deliver three or more sermons per week, fifty weeks of the year–our sermon machines devour a lot of fodder. It figures that sometimes we are going to get our stories wrong.

That’s why a statement from a preacher hit me so hard and drove me to do a little research.

“Billy Graham has said that 70 percent of the members of our churches are unsaved.”

A preacher friend posted that on Facebook. I contacted him to ask for his source.

“It’s on his website,” he replied.  “It’s common knowledge.”

A few minutes later, I said to him, “I’ve gone to his website and there’s a ton of great stuff there. But if you can locate that quote, you’re a far better man than I am.”

He promised to look into it.

In the meantime, I began searching the internet for what Billy Graham “was said to have said” on the subject of how many church members are lost.

I had a hard time deciding on how to go about that, and ended up having to comb through massive lists of irrelevant material. Eventually, I came up with two pertinent quotations.

A preacher in Los Angeles said, “Billy Graham says 85 percent of the members of our churches are lost.”

A consultant with our Southern Baptist North American Mission Board said the number was 50 percent.

Unable to find more, I put out the call to my Facebook network for “research geniuses” among us to help me find what Billy Graham had actually said on that subject.

An hour later, Damon Olson, a pastor from Sand Mountain, Alabama, said he went to the source. He called the Billy Graham Evangelistic Association’s offices. He received this response from them.

“We appreciate your inquiry concerning a quote attributed to Mr. Graham. Unfortunately, though we hear this question from time to time, we do not have any further information confirming that Mr. Graham ever claimed that a high percentage of church members (as much as 85%) are not saved.”

“We would suppose that some denominations which stress the need for the new birth would have a much higher percentage of born again believers. A poll by the Barna Research Group several years ago may shed some light on this subject. They indicate that ‘Protestant church attenders are two and a half times more likely than are Catholic attenders to be born-again Christians (60% to 23% respectively.’”

So, apparently, Billy Graham never even mentioned it.

Why do we do this?

Snopes alive! What are we preachers thinking! Why would we utter such harsh statements when we do not know what we are talking about!

(Footnote: On Facebook, we got into a lengthy discussion concerning preachers being cautious in pronouncing “how many church members are lost.” The fact is, anyone with a specific answer to that question should be challenged. Only God knows the human heart. Only He knows how many are saved or lost. What complicates the issue–for me at least– is that according to I Corinthians chapters 1 and 2, the carnal believer and the “natural man” (unbeliever) may look and act alike. We would suppose that those who prefer simple answers to complex issues have simply decided that those who are living carnal lives have never been saved. Such a conviction, however, even if strongly held and eloquently preached, does not line up with Scripture.)

No wonder some of the more inquiring minds in the congregation turn us off. We are feeding them hearsay and innuendo and gossip, and expecting them to treat it as God’s Truth.

As the Lord said to the sham preachers of Jeremiah’s day in a not-too-dissimilar context, “What does straw (man’s ponderings) have in common with grain (God’s Word)?” (Jer. 23:28)

A few years ago, while attending a large denominational event I was struck by something the speaker said in quoting Winston Churchill. He should have known, but I’d wager that he didn’t, that in his vast audience were people who knew as much or more about Churchill as he did. At any rate, he completely misrepresented this great statesman of the past.

The preacher told how during the dark days of World War II, Britain’s coal miners threatened to strike for higher wages. If that were to happen, it could cripple the war effort, weaken the economy, and leave millions of Britons in the cold. Prime Minister Churchill had to put a stop to the strike.

The speaker told how Winston Churchill met with the mine owners and a representative group of miners and delivered an impassioned speech that drove them out of the meeting hall and back into the pits to dig the coal.

I wrote down exactly what the preacher said.  He quoted Churchill saying to the assembly: “One of these days, we will all stand before the Lord Jesus Christ at the final judgment. He will turn to the fighter pilots and ask, ‘What did you do?’ and they will say, ‘We gave our all in the defense of liberty.’ He will say to the soldiers, ‘What did you do?’ and they will answer, ‘We faced the enemy and risked everything for our nation.’”

The speaker went on like that for a bit and, then, quoting Churchill, he said, “Then the coal miners will come before the King of Kings, and He will ask, ‘What did you do?’ and they will say, ‘We cut the coal.’”

The minister went on from there but I was stuck. Something about that did not sound right. I have a large collection of Churchill books, about and by him, and while I had heard that story, I was fairly certain he had never spoken of anyone standing before Jesus Christ at judgment.

The next day, on returning home, I went straight to the large volume of Churchill’s wartime speeches. I found the one in question.

The date was October 31, 1942. Churchill was addressing a conference of coal-mine operators and miners in Westminster’s Central Hall. A brief speech, it can be read in five minutes. As Churchill rhetoric goes, it wasn’t all that much. No brilliant oratorical flourishes, nothing really memorable until the final paragraph.

We shall not fail, and then some day, when children ask, ‘What did you do to win this inheritance for us and to make our name so respected among men?’ one will say, ‘I was a fighter pilot,’ another will say, ‘I was in the Submarine Service,’ another: ‘I marched with the Eighth Army; a fourth will say, ‘None of us could have lived without the convoys and the Merchant Seaman; and you in your turn will say, with equal pride and with equal right: ‘We cut the coal.’

At least the preacher got the last line right.

I think I know what happened.  I suspect some preacher in years past read that and liked it, but decided it needed something. It needs juicing up a tad, a little more pizzazz to make it work in a sermon.

And that’s where we preachers get into trouble, isn’t it?

I come from a long line of coal miners. One of my brothers was a miner, my dad and all his brothers were miners, and their father and uncles before them labored in those dark, unsafe pits. I suppose that accounts for why I remembered the story in the first place. This is holy ground, so to speak, for me.

A minister should assume that someone in his congregation will know more about almost any subject than he does.  That should drive him to get his facts right and his story straight.

But even if they don’t–even if he is preaching to a congregation of fifty souls in a Louisiana swamps or a remote Alabama hill, people who may not have read a newspaper all week or a book all year–even so, he still ought to be sure of his quotes, straight with his stories and precise with his numbers.

The pastor is dealing with two precious commodities when he stands in the pulpit: the precious Word of God and the fine China of people’s lives.

Churchill notwithstanding, you and I really will stand before the King of Kings at judgment and give account. Whether that matters to you or not will tell you all you need to know about your religion.

How to Change the World without Exhausting Yourself

Declining Volunteer Numbers and 5 Steps to Reverse It