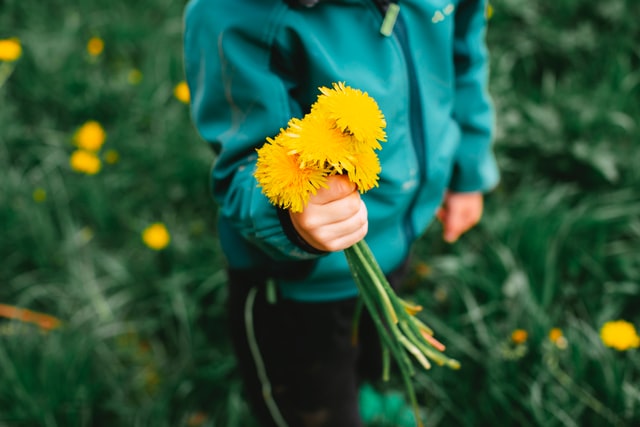 If you’re young and in leadership, you might be asking:

It’s amazing how many times that conversation comes up when talking to young leaders. It happens sometimes with young business leaders, but way more often with church leaders (which is kind of weird, really).

Often I’ll have a young leader pull me aside and ask Carey, you have some influence. Should I start a podcast, start taking YouTube or TikTok more seriously? What do I need to do? What were you doing when you were in your twenties or thirties to grow your platform?

You know what the truth about platform was for me when I was 30?

I didn’t even know what the word meant.

I tell them that despite occasionally wondering if a major conference I was attending would ever ask me to speak, I wasn’t even thinking about it. Instead, I was busy leading, making mistakes and trying to get a group of people rallied around a common mission.

If you’re a young leader worried about how to grow your platform, I have a single word I’d love for you to hear: Relax.

You don’t need a platform.

You need to lead.

Here are three things to consider if you’re a young leader who hasn’t become ‘famous’ (or even internet famous) in your world.

1. Your Platform Can Outgrow Your Character

The good news about being young and not famous is that you have time to develop your character.

Size and influence get weird fast and bring with them an intense set of pressures (Shawn Mendez and Justin Bieber explain the pressures well.)

Nothing gets you ready for millions showing up.

It’s way too easy for your platform to outgrow your character. And that’s where all the danger lies.

Fame as a pursuit is a terrible goal. Faithfulness is better.

Further, you and I are not naturally designed to lead thousands or millions.

It doesn’t mean you can’t do it. It just means you’ll have to grow your character faster. Much faster.

As I outlined in Didn’t See It Coming, that has come in the form of hundreds of hours of counseling for me, some dead honest conversations, and a lot of painful personal growth. And in my case, I’m so thankful that groundwork was laid before things became bigger.

It doesn’t mean I’m off the hook. It just means God beat some things out of me that had to go before the stakes were any higher. And he continues to do that. Daily.

What can you do in the meantime? Work ten times as hard on your character as you do on your platform.

That way if you ever have one, you’ll be much better prepared to handle it.

2. Influence Is Best When It Springs From A Great Story

We live in a culture where people are famous for being famous, which is actually a fairly recent thing. (If you can spare 90 minutes, Fake Famous is a great documentary about the weirdness of influencer lifestyle.)

Throughout most of history, you gained influence because you accomplished something exceptional, had an innate talent, or made a meaningful contribution. Conversely, if you contributed something bad or evil, you became infamous or notorious.

Pursuing influence for influence’s sake is a kind of junk food fame…it seems good at the time but leaves you feeling empty and kind of sick.

I still think the best use of your twenties and thirties is to do meaningful work. To create a story worth telling.

Sometimes that gets you recognized early, and sometimes it doesn’t.

Either way, just do good work.

Take Brett Hagler for example, who is committed to 3D printing homes for the world’s poor, or Nona Jones who is helping churches and nonprofits figure out social media and leading a national dialogue on faith and prejudice.

Both have influence now as young leaders, but the work they’re doing day in and day out changing the world and their world will create the foundation for a deeply meaningful life for decades to come.

I spent my twenties in university (history, law, and theology is a circuitous route to ministry and leadership), and my thirties leading three small churches into a new future.

That provided the foundation for what has become a much wider ministry in my forties and fifties. And it’s amazing how often I draw from things I learned in those early years of leadership for my books, blog and podcast to help leaders today.

Influence is best when it springs from a story. So write a good story.

3. Your Wisdom Years Are Right Around The Corner

Maybe your story is different, but it’s rare to find someone with great wisdom in their twenties or thirties.

It happens, but it’s rare.

Intelligence? Yes. There are a ton of hyper-smart young leaders out there.

But wisdom for me, if I have any at all, didn’t really begin to form until my early forties.

By then, I’d made enough mistakes and seen enough of life to begin to connect the dots.

I started recognizing patterns. The fog I constantly felt in leadership started to lift, and I was able to name and identify trends, factors and patterns far more clearly.

That made, of course, for a better life and for better leadership. And I felt like maybe, just maybe, a few of those insights might be helpful for others.

In my experience, it’s long. You have time (God willing).

I wrote my first book when I was 45. I didn’t start writing this blog regularly until I was 49, launched my podcast when I was 49 and started leading this company full-time in my fifties.

So relax. Just do some good work. There are a lot of good things ahead.

Be So Good They Can’t Ignore You

My guess is if you’re feeling one thing right now it may be the fear of missing out.

Recently, however, I sat down with two global thought leaders who don’t have a platform because of social media, YouTube, TikTok, Clubhouse or any other of the usual suspects.

That’s worked fairly well for Seth, considering that when you type the word “Seth” in Google you find him. And no, he didn’t work SEO to his favor for that. So many millions of people just stampede to his work that Google lands you there when you search Seth.

Cal Newport has a similar approach. He’s written several New York Times bestselling books, including Deep Work and Digital Minimalism, and when I asked him how to get noticed when you’re completely inactive on social (any account in his name is fake), he quoted his 2012 book title: just be so good they can’t ignore you.

There’s truth to that.

Spend the time you’d spend building your platform on doing great work and perhaps you won’t have to worry about building a platform.

You can listen to my conversations with Seth and Cal on my Leadership Podcast.