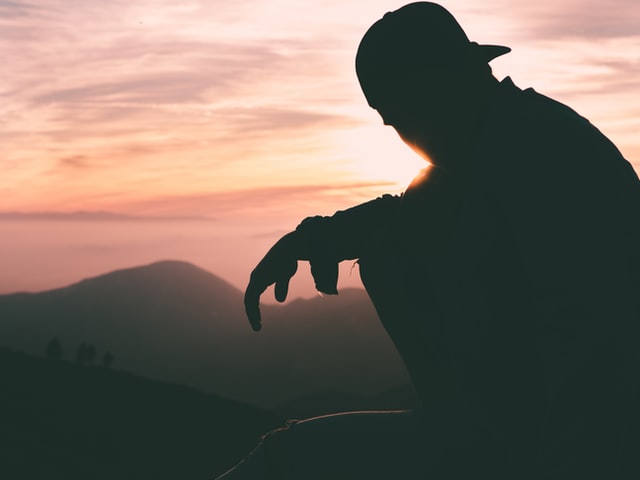 So you’re leading through change. Who isn’t these days?

Change is more important than ever because the world is changing faster than ever.

The truth about change is that it’s more mysterious than it needs to be.

Many people aren’t sure how the dynamics of change work, and have seen so many leaders get skewered trying to lead change that they’re afraid to try.

Other leaders—unaware of the dynamics of change—storm change so aggressively that they look over their shoulder to discover than nobody’s following.

You can learn how to lead change well.

Leading change requires a skill set. And the good news is that skill set can be learned.

That’s why I wrote this book outlining a five step strategy on how to lead change when you’re facing opposition.

Say the wrong thing…and plans can unravel in front of you.

In almost two decades of local church leadership, one of the constants in my leadership has been change.

The mission stays the same, but the methods, by necessity, have to change to remain effective.

When I was a pastor, we changed everything from the style of music, to the dress code, to buildings and locations, to church governance, to staffing structure, to how we engage volunteers and much more. There is almost nothing we haven’t changed, except the message and the Gospel.

Since leading my leadership company, change has been rapid and consistent: moving from a hobby to a company to a full-time pursuit, rapid growth and pivoting in 2020 to a 100% digital company thanks to a pandemic and the disappearance of speaking in-person.

I have answered thousands of questions about change in group settings and one on one meetings.

In the process of leading change for so many years, I’ve said (or thought) almost everything below…both good and bad. I’ve learned the hard way. But I’ve tried to learn quickly.

Change is so critical…as a leader you simply have to learn the skill of navigation it.

And some language is simply more helpful in leading change than other language.

So…if you want to ruin the chance of change happening , just say these 7 things.

And if you want to help the chances of change happening at your church, try something a little closer to the things I suggest below:

1. The Proposed Changes Are Great. I Can’t Understand Why You Don’t Like Them

Leaders who navigate change successfully learn the skill of empathy.

Not everyone is going to cheer wildly when you introduce change. Be prepared for that.

If you want to turn an enemy into a friend, empathize with them.

Try saying something like: I can understand you don’t like the changes…I would be upset if I were you too.

That validates someone’s feelings. And when you feel validated, it gives you a chance to move forward.

Empathizing with people’s pain often opens them up to change.

2. God Told Me This Is What We Should Do

I mean by all means invoke God’s name when you’re preaching about Jesus rising from the dead or other core essentials of the Christian faith.

But don’t tell your congregation or organization that God told you to buy your next building or change the music or to build a new wing or whatever else you’re proposing.

Even if you believe God told you to do something, suggest it as a plan…or a wise course to follow…or the best options we see right now.

Rather than being less credible, you will become more believable and more trustworthy.

Too many leaders use God as a justification for the plans they’ve designed.

Please hear me. I pray about the plans we make, seek wise counsel and honestly believe they are the best thing for the future. But these days I never pull the God card out.

Why? Because if the plan fails, it just makes people suspicious or cynical. I don’t want to bring God’s name into disrepute. If I stick to the Gospel, I won’t.

So what should you say?

Our team has looked at this and prayerfully considered the options. We believe this is the best move we can make at this time for these reasons….

3. We’ve Got This All Figured Out. Trust Me.

You haven’t got this all figured out. All you have is a strategy. That’s it.

No, we’re not 100% sure this is going to work. But what we were doing was not working. So we’re going to try this.

4. I Know You Love The Past. It’s Completely Irrelevant…Focus On The Future.

I’ve been tempted to dismiss the past. Who hasn’t?

Future is my top strength on StrengthFinders.

But to dismiss the past? That’s a mistake.

Some of that is just arrogance. History did not start with your arrival.

Brian White, who works at Disney, once told me about a great philosophy about handling the heritage at Disney (after all, Disney has almost a century of history, and Frozen is a long way from Steamboat Willie.)

Honor the past without living in it.

Love that. Acknowledge that what happened in the past mattered and is important, and point the way to the future.

We’ve had some great moments and seasons in the past, and we want to ensure we have many more in the future. That’s what I’m hoping this change will accomplish.

5. Everyone Needs To Get On Board Right Now

People will take differing amounts of time to get on board. Be okay with that.

You’ll have a handful of highly enthusiastic early adopters. Run with them.

Let others come on board over time.

I realize this is going to stretch all of us, and I appreciate those of you who are willing to give this a chance even though you’re not sure. We so value that!

6. I Know People Are Leaving…Who Cares?

When you make changes, it’s almost guaranteed that some people will leave.

But don’t gloat or pretend it doesn’t matter.

Because leaving hurts you, you’ll be tempted to pretend you don’t feel it or to vilify your opponents.

Are there times when people should leave your church? Yes. In fact, here are 7 kinds of people you can’t afford to keep in leadership..

Yes, it is sad. But I think what need to remember is that they will have another church to go to. I’m excited about creating space for people who haven’t yet been to church…and I’m excited that you want to create space for them here too.

7. This Plan Is Bullet-Proof

No matter how well thought-through your plan is, it’s not bullet proof.

So why not just be honest?

I agree. We don’t know for sure if this plan is going to work. But it’s helped a lot of other churches (or…if no one’s tried it that you know of, say ‘nobody’s really tried this before…’), and we believe it’s our next best step. So we’re going to try it. And after we’ve given it our best, we’ll make sure to evaluate it. Thanks for the freedom to try new things.

Why the Current Crisis You’re Leading Through Isn’t a Marathon. It’s the Future.

3 Serious Advantages of Being Young but Not Famous In Leadership

Make Something with the Pieces You’ve Been Given

Why You Want to Become a Disciplined Leader

Inspiration Acts 29 - June 19, 2021 0
In the 1990s, FUBU apparel was a “must-have” for socialites and young people in my context. The four-letter acronym solicited varying measures of accolade...

Discipleship Joseph Lalonde - June 18, 2021 0
Aweek into my training for the Grand Rapids Marathon I’m running to raise money to help children in Africa have access to clean water...

Inspiration Vanderbloemen Group - June 18, 2021 0
Succession can be a difficult process under any circumstances, but sudden and unexpected succession can be much more challenging to navigate. Surprise successions that...