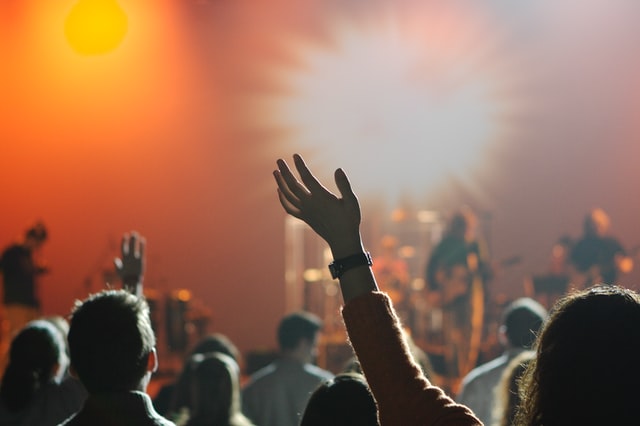 “In the world you will have tribulation, but take courage; I have overcome the world” (John 16:33).

We were expecting hostility from the world.  But certainly not from the Lord’s people.

The Lord wanted His people to know what to expect.  The road ahead would be rough.  They should prepare for turbulence.

The Lord would not be bringing His children around the storms but through them.  We will not miss out on the tempest, but will ride it out with Jesus in our boat, sometimes standing at the helm and at other times, seemingly asleep and unconcerned.

The lengthy passage of Matthew 10:16-42 is the holy grail on this subject, as the Lord instructs His children on what lies ahead and what to expect.  His disciples should expect to encounter opposition, persecution, slander, defamation, and for some, even death.  So, when it comes–as it does daily to millions of His children throughout the world–no one can say they weren’t warned.

But what about the church?  Should we expect opposition and persecution there also?

Jesus said “they will scourge you in their synagogues” (10:17), which is where the faithful were meeting to worship.

He said members of our own households–parents, siblings, offspring–would lead the opposition at times. They will “cause them to be put to death” (10:21).

He doesn’t specifically say “the church,” but surely all of the above includes it.  And that’s where the typical believer runs into a buzzsaw.

We knew opposition would come from the world.  Scripture makes this plain.  But in the church?

A pastor told me his daughter no longer goes to a church of his denomination. After seeing how leaders of his congregation treated her father and then lied to camouflage their actions, she wants no part of this any longer.  The wonder is that she goes to church at all.  Many PKs grow up and write the church off.  “I love Jesus,” they will tell you, “but not the church.”

I grieve at this.  But I understand it.

God’s people can do the best of things, be the most caring people on the planet, and sacrifice themselves for one another.  But some can also be as mean as the devil.

Paul told the Ephesian leaders, “After my departure, savage wolves will come in among you, not sparing the flock.  And from among your own selves, men will arise, speaking perverse things, to draw away the disciples after them. Therefore, be on the alert….” (Acts 20:29-31).

Some will have “a form of godliness but denying its power” (2 Timothy 3:5).

Expect trouble from outside and inside the church.  Don’t be blindsided.

Savage wolves from outside, lying perverts on the inside.

Expect it.  Keep your wits about you.

Why we may expect trouble from inside the church…

One.  The church’s doors are wide open.  Whosoever will may enter.  Therefore, not everyone in the congregation is a committed disciple with pure intent and a kindly heart.  Some are monsters, straight out of hell, intent on doing defaming Christ and defiling His church.

Some are merely lost, carnal people doing the best they know how without knowing they are blind, astray, and spiritually dead.  They are a pastor’s nightmare.

So, get rid of the perfectionism, Christian.  Forget about expecting all the churches to act like Christians.  Not all are.

Stay alert.  Get rid of the rose-colored glasses. Satan walks about like a roaring lion, seeking whom he may devour (I Peter 5:8).  Don’t be his next victim.

Three.  Sincere people make mistakes, they are weak, and “see through a glass darkly” (I Corinthians 13:12).  So, some, acting with the best of intentions, may make grievous errors and do harm to the faithful.  Friendly fire, they call it in military terms.

Not everyone misleading the church or misrepresenting Christ is wicked. Some are merely foolish, immature, or carnal.

Four. We the preachers sometimes are the trouble-makers.

You wondered if I was going to get around to this.  No pastor is perfect, and many of us are flawed in severe ways.  We may be shallow in our Scriptural understanding, lazy in our personal habits, immature in our behavior and impossible in our expectations of others. We can be demanding of the congregation.  We may neglect our family or overindulge them.  We may spend too much time on the golf course and not enough time on our knees.  We may likewise be too spiritual, too religious for our own good.  The Preacher said in Ecclesiastes 7:16, “Do not be overly righteous, nor be overly wise; Why should you destroy yourself?” (This is said to have been a favorite text for Martin Luther.)

There is no limit to the ways pastors may fail God and abandon their responsibilities.  So, when trouble erupts in the church, many may have brought it on themselves.

I’m not naïve.  I know full well that many unemployed pastors deserved being cut loose, and some should never be allowed back into a pulpit.  As for their families who hurt and grieve over how they perceive their dad or husband was treated, that’s the collateral damage from the misbehavior of the one they trusted.  He will have to shoulder the blame.

We will leave it to the Lord to sort all this stuff out.  That’s why He alone is qualified to judge.  He knows the thoughts and intents of every heart.  No actions, no harsh words, no thought of ours goes unseen by Him.

We will love the Lord and love His church, not because either is easy or convenient, but because it is the right thing to do.  After all, as Peter said, “(If we don’t), to whom shall we go?  You have the words of life” (John 6:68).

God bless you, faithful servant of the Lord.

Be faithful, weary pilgrim.  Hang in there.

The “weighing up time” is just ahead.