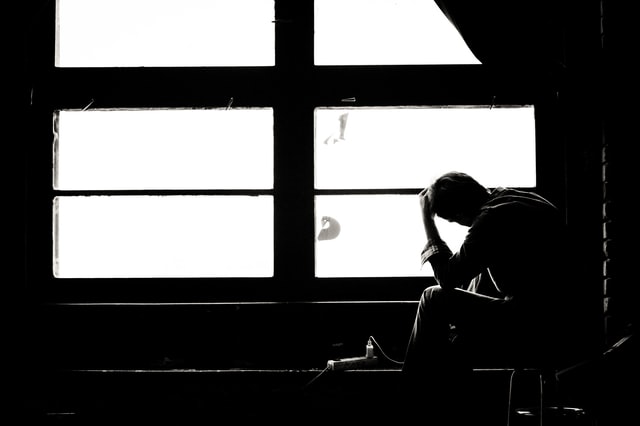 Chances are a big chunk of what you’re going to do today in leadership is think.

Add a crisis or instability into the mix, and your thinking can easily get tripped up into some well worn but dangerous directions.

After all, thinking is a big slice of what any leader is paid to do.

How you think determines how well you lead.

I’ve just been keeping notes on the kinds of thinking to which various leaders default. So this post isn’t scientifically about anyone, but if you’re like me, as you read through this list, specific people will come to mind.

I’d encourage you to focus on your own thinking, rather than theirs.

Nobody Intends To Sabotage Themselves

Few people intend to sabotage their leadership. They don’t plant landmines throughout their day and wait for them to go off. But let’s be honest. Many leaders end up sabotaging themselves every day despite their best intentions.

Intent has little to do with effectiveness.

When you and I can see how certain patterns of thinking trip us (and others) up, progress becomes easier.

Here are 4 kinds of thinking that can sabotage your leadership and have often tripped up mine:

As a leader, I hate to admit I see this all the time in the church. You’ve seen it too.

Someone goes to a conference and comes away with two good ideas. Then they jump into a webinar and come away with three more. Add a dozen podcasts, blog posts, and books into the mix, and they end up with a 9 raw ideas they’re intrigued with.

And then they make their critical mistake.

They implement the ideas without thinking much further about it.

And here’s the problem.

None of the ideas are compatible with each other.

Some of them directly compete with each other.

No idea is fully integrated into their existing model of ministry (which might actually be scrambled eggs to start with).

They didn’t digest any of it, synthesize any of it or even critically process it.

They leave their followers confused. And their systems dis-integrated (literally).

When you don’t digest, reconcile or synthesize competing ideas as a leader, chaos ensues.

This is a leadership epidemic, especially in the church. I’m guilty of this sometimes.

Everything that could go wrong

How much it could cost

And they often wrongly believe they:

Need a bullet-proof plan before they start

Have to have every potential problem worked through before they begin

Should plan for every contingency ‘just in case’

Great leaders often have a bias for action (I wrote about that here). Overthinking kills action.

If you want to be challenged to stop overthinking issues, read this account of how Sir Richard Branson started Virgin Airlines. It might freak you out, but it will show you why he has been so successful.

When it comes to church leadership, I believe most leaders overthink. The pendulum has swung too far. It’s time to start acting.

The indecisive thinker may have some well-digested thoughts, and might even be ready to act.

But they come to a fatal point in the road.

They have usually narrowed the options to two, but they just can’t pull the trigger. And they really have no idea why.

I’ll tell you why I think leaders end up being indecisive.

If you’re an indecisive thinker, drill down on your fear and you’ll find your future.

Don’t rest until you ask yourself “What am I afraid of?” Seriously, answer that. If you can’t, ask others. Go sit with a counsellor. Pray. Fast. Do what you need to do.

Keep asking. Don’t stop until you get a real, honest answer.

Then when you get an answer, take your fear to God in prayer until it no longer owns you.

Great leadership isn’t the absence of fear, it’s the courage to push through it.

Figuring out your fear and pushing through it will kill your indecision for good.

I put this last because I think it’s a problem in the church, but because the church is dominated by overthinkers, most would criticize anyone who underthinks.

Sure, sometimes leadership is poor because leaders have underthought an issue – or underprayed it.  But like I said, that doesn’t often happen.

Do you think Paul pre-thought the explosion of the early church through to its conclusion before he started out on his first mission trip? Nope. He just went, and was blown away by what God did.

If you really sit down and talk to successful (and faithful) leaders, they will tell you they are the most surprised at what happened. All they did was start. They knew they didn’t quite know what they were doing, but they acted while everyone else sat in a boat and watched someone else walk on water.

Entrepreneurial business leaders are often more likely to underthink things, but I still applaud their efforts. And a surprising number of times, they go on to succeed anyway.

In the church world, few have underthought their future. Far too many have underacted on it.

What’s Your Next Step?

Normally this is where the blogger-type-person says “what about you, what do you think?” and “leave a comment” (which you can certainly do).

But today I want to challenge you to work through this.

Seriously. Which kind of thinker are you?

And then consider taking this to your team or board. Because the truth is as much as you have a bias toward kind of thinking that sabotage your leadership, so does your organization.

There is a ‘group think’ that has developed among your organization that shapes your culture.

Do you generally overthink or underthink?

Does fear rule you?

Are you trigger happy with undigested thoughts?

Work this through, and we’ll all be better off. So will our organization and the people we lead.

That’s what I’m going to do.