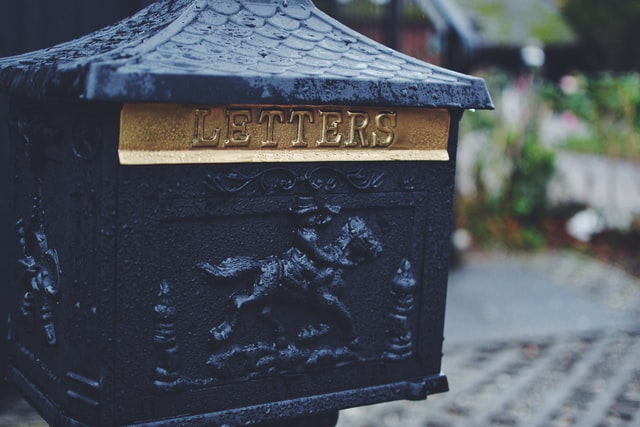 We’ve all heard of the pastor–seems like it was Henry Ward Beecher–who received an anonymous letter with only one word: Fool.  Next Sunday, the preacher shared that with the church. He said, “I’ve received many an unsigned letter in my time. But this was the first time I’ve ever had someone sign his name and fail to write the letter.”

If you want to devastate a writer, that would do it.  But I suspect most of us don’t want to do that.

We just want it to stop.

Every pastor gets them.  In my last church, my assistant and I worked out an arrangement that if a letter had no return address, she opened it. She read it and then decided whether I should or not.  If it was negative and ugly, she destroyed it without my ever seeing it.  Once in a while, the anonymous letter was good and refreshing.  But that was rare.

Every pastor wonders what to do with such letters.  Here is the best answer ever.

Don Wilton, pastor of Spartanburg’s First Baptist Church, tells how he handled the anonymous letters in his book, See You at the Finish Line.

From Wilton’s description, these hostile, anonymous letters were not like any I’ve ever received. The writer went to a great deal of trouble to make them, cutting out every letter from magazines and pasting them into words and sentences on a page torn from a religious publication. At first, the letters came to the church, then they started showing up in the mailbox at the Wilton home. As time went on, their tone became more and more critical, more and more hostile.

Early on, the Wiltons decided to tell no one and to do nothing but pray for the writer of the letters. One day, as Karyn returned from the mailbox, she was laughing. They had received another hate letter, but this one was different. “You will not believe what our friend has done,” she said to Don. “He forgot to take the mailing label off the magazine before he sent it!” There it was–the writer’s name and address on the back page.

The Wiltons knew this man. He was a veteran member of the church, a family man, and a deacon. From that moment, they began to pray for him by name, asking the Lord to show them how to handle this.

One day, Don called the deacon and asked him to come by his office for a few minutes. When he arrived, the pastor told him that someone had been sending critical letters to his home, making ridiculous and untruthful accusations. The man’s face reddened, and his fists clenched as though for a fight. He said, “Pastor, are you accusing me of sending those letters?”

“Oh no,” Don said, gently. “I’m not accusing you at all. But I do think you need to know that the writer sent the letters on a page torn from a religious publication. The last one he sent still had the mailing label on the back. And it had your name on it.”

As that soaked in, Don continued. “This person must have taken your magazine. Maybe someone is trying to set you up.”

“I asked you to come here today,” he said, “so we can pray for this person. We need the Lord’s direction on how to handle this.”

The man was shaken. He stood up and said, “I’ll find out who’s doing this, pastor. I’ll not have someone using my name like that!”

The letters stopped. For several months, that deacon was absent from church. The Wiltons continued to pray for him and his wife. Then one day he showed up at the church office.

“Pastor,” he said, “I wanted to let you know I found out who was sending those letters to you. I’ve dealt with him and he has left the church. I’d rather not tell you who it is. He wants you to know he’s deeply sorry that he caused you pain.”

With that, the man turned and walked out of the office. The matter was never mentioned again and the letters ceased. Don writes, “That man was a faithful and loving member in my church for many years to come. I love him, and to this day I know he loves me.”

The enemy would have the pastor retaliate in anger and vindictiveness. God is glorified when we seek His guidance through prayer, then wait for His leadership.

Nothing tells the story on us better than how we handle criticism. Nothing says maturity like praying and waiting on the Lord.