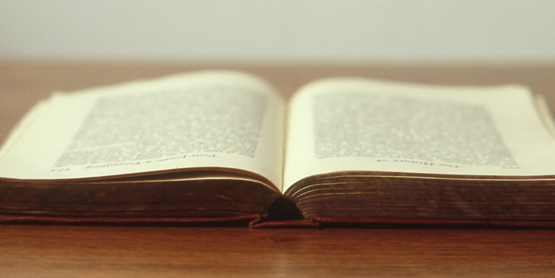 The gospel – the good news that God’s Son became the Messiah, offered himself as an atoning sacrifice for our sin, rose again from the grave in triumph over death, and has now been enthroned as our forever King – is a message that comes with real, divine power.

For we know, brothers and sisters loved by God, that he has chosen you, because our gospel came to you not simply with words but also with power, with the Holy Spirit and deep conviction….

Paul was identifying God’s family (brothers and sisters) has having been chosen (collectively) and that the evidence of their being chosen is that when he first shared the gospel with them, there was a powerful awakening and deep conviction that took place inside them, enabling and leading them to embrace the message of the cross as God’s saving truth.

To put it simply: the Gospel arrives with supernatural power.

I used to love watching Tim Allen’s sitcom, Home Improvement. Tim “The Tool Man” Taylor had a well-known tendency to choose tools for any job that were unnecessarily powerful. His overkill solutions almost always caused more damage than they fixed. His philosophy was that you could never go too big or too powerful.

When I see all of the problems that exist in the heart of humanity, I believe strongly that the gospel has the power to bring redemption, reform, and repair – not simply because the gospel is true, but because it is true and powerful. When the message of the cross, considered foolish and silly by a lost world, is shared with men and women dead in their sins and transgressions, the Holy Spirit accompanies that message to effect real, lasting change. Individuals who receive it are born again, never to be the same again.

There is an increasingly popular theological system which asserts that every person is dead spiritually in a way in which they simply cannot respond to the gospel and absolutely must be regenerated and changed by the Holy Spirit, and therefore enabled to believe in Jesus in a saving way. And of course, this regeneration is reserved only for a select few in God’s mind while all the rest of humanity is predetermined to be doomed to an eternity of mutual rejection with God. But this strain of theology ultimately misinterprets God’s choosing as purely an individual matter and ignores the intrinsic awakening power of the gospel message itself.

Yes, all people are naturally dead in sin and separated from God. But the Word has power. The gospel message, when shared faithfully, is always accompanied by the awakening work of God’s Spirit. Spiritually dead people come alive to the saving reality of the cross and resurrection of Jesus because the very story of Jesus comes with supernatural, divine power.

And because the message of the gospel itself comes with this divine power, it’s all the more reason to rehearse it and to continue sharing it with as many people as possible who don’t yet know of this saving, life-changing power of God’s truth.

The world has never needed a powerful message of good news more than now, and we who believe know that the gospel is divinely powerful. It smashes through walls of unbelief and prisons of sin and addiction. It awakens and brings to life spiritually dead men and women. The gospel is effective because it is God’s message of hope for the hopeless.

Do you know the story of Jesus well? Then you know it is powerful to change the hardest of hearts and set right those things which seem to the rest of humanity to be irreparably broken. The world is dying, and we have a life-giving message – the story of King Jesus who came to save as many as would willingly bow the knee before him and embrace his redemptive work.

The gospel arrives with supernatural power, but only when it reaches people in time. So share it freely today, believing that your sharing is backed up by God’s supernatural power to save and change people forever.