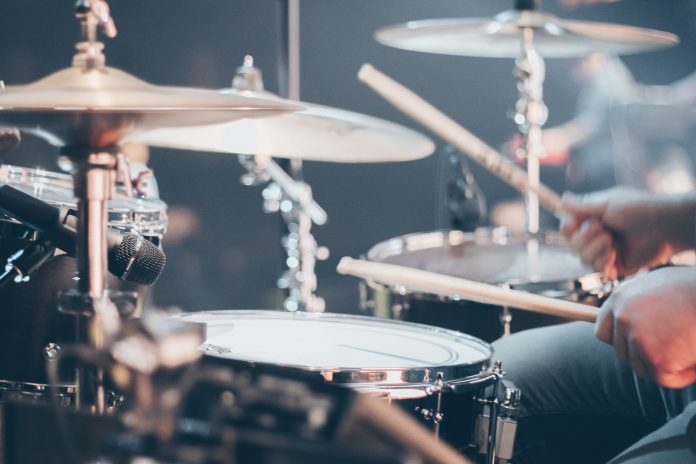 “Be subject to one another in the fear of Christ” (Ephesians 5:21).

We were sitting in the second pew to the far left. I leaned over to my teenage grandson and
whispered, “I remember when Brother Ken brought the drum set into the church. Some almost
died. Now look.”

On the platform was the usual dozen or so musicians–pianist, keyboard, several guitars, two or
three drummers, one violin, a couple of horns, and this time, for a special emphasis, a mandolin
and banjo. The music was amazing.

I found myself wondering, “What if we had given in to the critics? What if Dr. Ken Gabrielse and I had feared the criticism and buckled?”

There are times when church leaders need to pay attention to the criticism, and times to ignore it.
Knowing “what time it is” is the hard part. For God’s children, that’s a function of the Holy Spirit.
The Spirit of God is the Great Time-Teller.

Note: I am not saying that having more musical instruments in church is necessarily better or
godlier than limiting the accompaniment to a piano and organ. But for us it was a giant step
forward.

We could have submitted before the fears of the nay-sayers, but where’s the faith in that? By
putting the welfare of the greater church ahead of the criticism of the few, we blessed everyone,
including those who griped. (Which is to say, in time they got past their complaining and came to
love the full instrumentation.)

Pastor Joe McKeever
“Your words have stood men on their feet.” Job 4:4

joemckeever.com/wp/when-a-leader-should-submit-and-when-to-insist/ 2/3
A young pastor sat in my office to bring me “up to speed” about his ministry. He reminded me that
“two and a half years ago I sat in this room with you wondering whether I could pastor a church.”
That congregation had dwindled to 16 by the time Dan took the leadership. These days, he says,
they’re running 50. “However,” he said, “not a single one of the original 16 have remained.
They’ve all left.”

Knowing the background of that church, I assured him that their leaving was not a bad thing. Over
the last quarter of a century, I’ve seen a succession of pastors of that congregation throw up their
hands and leave. The building and grounds are attractive and the neighborhood appears
prosperous. Originally, I had thought that with the right pastor, that church would do well. What I
had not taken into account, however, was the tight control a few people were exercising on their
pastors. A death grip.

Pastor Dan has simply loved the people, he said, and he has stayed by the changes that needed
to be made. What changes? They reverted to mission status and put themselves under the
authority of a larger healthy church in the area. They changed the name of the church in an
attempt to shed the old image and dysfunctional reputation. As these and other changes were
brought in, the old-timers quietly slipped away.

“I’ve tried to honor them,” Dan said. “For one, I bought a plaque of appreciation and took to his house. Bought it out of my own pocket.”

Someone who knew that fellow said, “Pastor, you sure go to a lot of trouble to honor a guy who hates you.”

I said, “Don’t weep over those who left. It appears they’re the ones who kept the church back all those years. Keep your focus on the Lord.”

Knowing when to pursue a departing church member and when to let them go–that’s a toughie.

Only the Holy Spirit can show you. Ask Him.

Some years ago a local pastor called to say three of my members had been in his services the day
before. “These are your people, Joe,” he said. “I don’t want to take your members.”

I said, “My friend, they have been unhappy from the first day I arrived. If they can worship God at your church, I wish them well”. To this day, those three are happily serving the Lord in that church.On those rare occasions we bump into each other in town, we greet each other warmly. It’s all good.

Sometimes we submit to the person with a gripe and a complaint and we back down. At other
times we stay the course.

If there is a set of rules to know when to do either, I’ve never heard of it. This is one of many
reasons the Holy Spirit indwells us. We will be needing guidance in situations that do not fit any
rule book.

When does a pastor submit to the complaints of some in the congregation? Here are some
thoughts…

1) When the complainers are among your most faithful members, they have earned the right to be
heard. A wise leader will listen to them and take their concerns to heart.

2) When the Spirit within him is making it clear that not everything is as it should be. The wise
leader will stop and bring in his best advisors and reconsider what is happening.

3) When he’s outvoted. (Smiley-face goes here.) Seriously, if the congregation has shown by an
actual vote that the pastor’s plan is not acceptable, he needs to recognize that something is amiss.
Either he has a bad plan or has sold it poorly or the congregation is jumping ship. In any case, if
the pastor proceeds, he’s going to get mighty lonely. It’s time to regroup with his best counselors
and godliest leadership and decide what to do next.

A wise leader–a faithful, loving shepherd–is always aware of the mood of the flock. Otherwise,
how can he lead them?