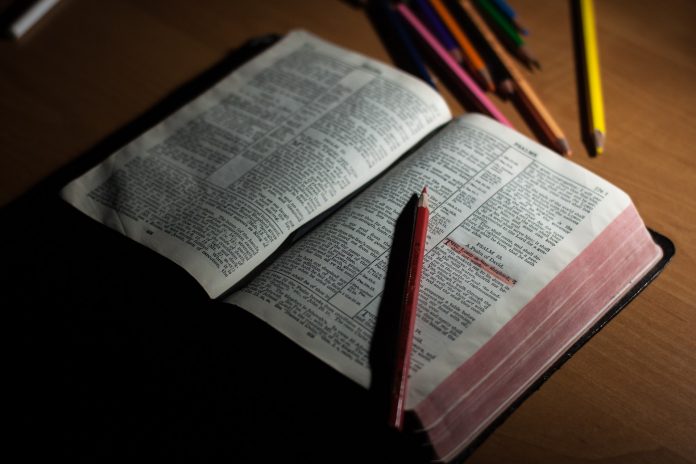 The gospel is more than a set of steps for how to get into heaven. And it’s more than a Reformation-era set of doctrinal distinctives.

The gospel is a story. Not just any story, but the greatest story ever told. The unveiling of the gospel began in the Garden of Eden when Adam and Eve sinned, plunging all of humanity into a lost, sinful condition. God gave good news to that first couple, that someday the “seed of the woman” would crush the head of the serpent, a foreshadowing of the cross and resurrection of Jesus.

The gospel story continued to unfold through slavery and the exodus from Egypt. It’s portrayed in the Passover, the sparing of Israel’s children under the protection of sacrificial blood. It’s told in type and symbol in the construction of the tabernacle and the sacrificial system of Jewish worship. And it’s foretold by the prophets who revealed the word of the Lord to God’s people.

The story breaks in a manger in Bethlehem, commences with Jesus’ baptism by John in the Jordan, follows him through three years of conducting ministry, making disciples, and building his church. It culminates in the cruelty of the cross, the dark days and nights of the tomb, and the rolling away of the stone from an empty tomb.

The early church described it with a song that the Apostle Paul wrote down under inspiration of the Holy Spirit for our benefit:

Now, brothers and sisters, I want to remind you of the gospel I preached to you, which you received and on which you have taken your stand. By this gospel you are saved, if you hold firmly to the word I preached to you. Otherwise, you have believed in vain. For what I received I passed on to you as of first importance: that Christ died for our sins according to the Scriptures, that he was buried, that he was raised on the third day according to the Scriptures.

The good news you’ve been waiting for all your life is this – the Messiah and Savior came, just as God promised, to die as a payment for the penalty of our sins and to rise again to reign forever and ever as King and High Priest!

Jesus died for our sins. Jesus rose for our eternal life. And Jesus is coming back to set everything right for all of eternity.